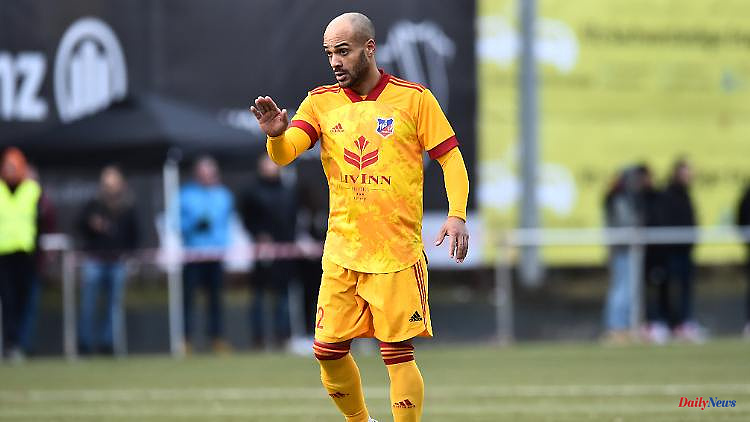 Trouble at TuS Bövinghausen: Summer fairy tale legend David Odonkor throws up at world champion Kevin Großkreutz's club. He claims his salary has not been paid. The club's patron vehemently disagrees and makes a crisp announcement to the 38-year-old.

On June 14, 2006, 22-year-old David Odonkor sprints into the hearts of an entire nation. His vehement run on the right flank of the Dortmund Westfalenstadion, his homeland, paved the way for the emotional summer fairy tale of the German national team at the home World Cup. At the end of this stoppage-time attack, Oliver Neuville redeemed the intoxicated football republic of Germany. 1-0 against Poland. And Odonkor, who surprisingly slipped into the squad of national coach Jürgen Klinsmann, is a hero.

It was probably the biggest, because most emotional moment of his career, which officially ended in 2013. Due to ongoing injury problems. His last station as a professional: the Ukrainian club FC Hoverla-Zakarpattya Uzhhorod. But the 38-year-old didn't give up on the toppings. After a mini detour to the district league team SV Wilhelmshaven two years ago (he was only used in two friendlies), he last helped out at TuS Bövinghausen. The star group around the Dortmund icon Kevin Großkreutz, who crushed the competition in the Westphalian League and rose to the Oberliga.

Odonkor didn't play a big part in this, unlike leader Großkreutz. He only played 15 games and 398 minutes in the past season. But he had another task in mind anyway, he wanted to advance the areas of marketing and management - but that won't happen anymore. Because the World Cup hero and the Dortmund suburban club, which is financially well supported by boss Ajan Dzaferoski, are at odds.

The 16-time national player (he scored a goal against Romania in 2007) complained to the "Ruhr Nachrichten" about outstanding salary payments. For this reason he also refused to participate in championship games in the final sprint of the season. "If the club doesn't meet its obligations and salaries aren't paid, then there's nothing I can do," he said. He had "fulfilled his obligations, even if I didn't get any money."

The Bövinghauser boss contradicts this description: "In Odonkor's contract it says that he has to be 75 percent present. That means during training and games. He gets an expense allowance for that. But because he was not 75 percent present, he has no right to it . He should read his contract better." An extension of the working paper is therefore not an issue on the provincial road 307, not far from the city limits to the tropical metropolis of Castrop-Rauxel. The TuS boss said to "Reviersport": "We don't want a mud fight, because we haven't done anything wrong either. We handled everything correctly and kept to the agreement with David Odonkor. I wish him all the best for that Future."

Odonkor also had a knee injury "that just didn't get better. Then he was there as a spectator at the games, but he couldn't train anymore," Dzaferoski told the "Ruhr Nachrichten". Personally, Odonkor is a great guy, "but in terms of football, at 38, he's at an age where injuries are on the rise. At some point, it's just going to be fun." A solution to the dispute does not appear to be in sight. The man, who grew up at BVB and has another big station in his vita with Betis Sevilla, is already looking for a job as head coach or assistant coach. "I did Bövinghausen the favor to help them. It's over now and I'm still hungry," he explained. He is now looking for a "club with structure where you are honest with each other."

Will the World Cup hero tie the toes again for his club? Not clear.

1 US thriller series "Shining Girls": "The... 2 Bavaria: 24-year-old dies after an accident on the... 3 Baden-Württemberg: Residential building in Weinstadt... 4 Saxony: Sunny weekend with thunderstorms expected... 5 Hofreiter and Kiesewetter: "I don't want... 6 Record profits since the beginning of the war: USA... 7 Will the process be reopened?: Amber Heard will probably... 8 "I didn't expect that": This is how... 9 Mecklenburg-Western Pomerania: Transporter crashes... 10 Hesse: Partly summery, partly uncomfortable weather... 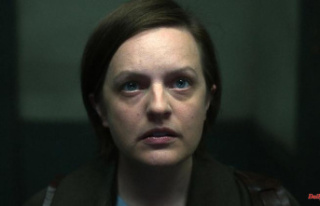 US thriller series "Shining Girls": "The...