They feel fit, the last test match ends with a thumping victory, the trainer is satisfied: the women's national soccer team is heading towards England for the European Championship. 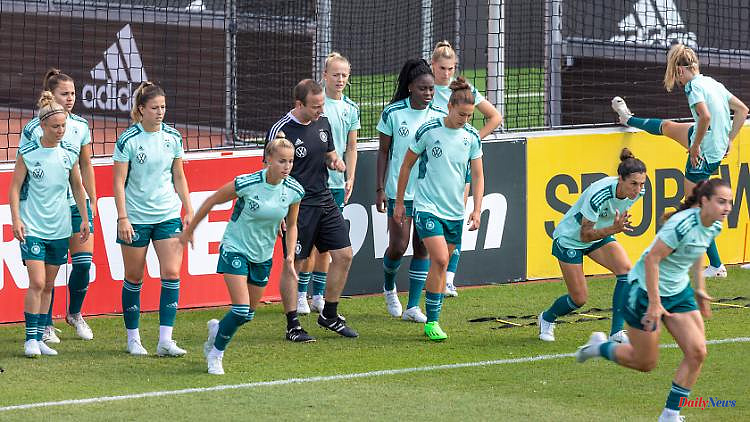 They feel fit, the last test match ends with a thumping victory, the trainer is satisfied: the women's national soccer team is heading towards England for the European Championship. There it should finally go further than the quarterfinals. The team also relies on the fans.

The EM can come: With the spirit of Herzogenaurach, the German footballers feel prepared for the difficult title hunt in England (July 6th to 31st). "Now the anticipation is really there because it finally starts on Sunday," said the tanned national coach Martina Voss-Tecklenburg as she said goodbye to the "home ground". Visibly relaxed, she drew an extremely positive conclusion from the meticulously planned preparation.

"In the end, our expectations were exceeded. We used the time intensively and that was good for us," enthused "MVT" after the third and last training camp, in which Oliver Bierhoff also checked that things were all right. Like the players, the DFB managing director for national teams and academies diligently signed autographs for the fans after the public training session in the Adi-Dassler-Sportpark on Monday evening.

After around three weeks of preparation and the 7-0 win in the dress rehearsal against Switzerland, the entourage can leave tranquil Franconia with a good feeling. Progress can be seen, even off the pitch. Full-back Giulia Gwinn reported that she had never spent so little time in her own room compared to other courses. The varied area also drew the players outside between sessions - to chat, play cards or sunbathe by the pool.

A sense of community was probably urgently needed after the distant pandemic years. "We managed to get closer together," said captain Alexandra Popp, "so that we can hopefully be successful in the end with precisely this team spirit." This has not been the case since the Olympic victory in Rio in 2016. Most recently, the two-time world champion at the 2017 European Championships, like at the 2019 World Cup, ended up in the quarter-finals.

Before the pressure rises again, everyone can take a deep breath at home. The plane leaves Frankfurt/Main for the English metropolis on Sunday. The record European champion moves into his base camp in Brentford in the west of the city. Five days later, things get serious there in the Community Stadium: the duel with Denmark, who came second in the European Championship, is considered the key game before they play co-favorite Spain on July 12. At the end of Group B, outsiders Finland (July 16) await. For the tricky way to the quarter-finals, Voss-Tecklenburg is also relying on real hype at home.

"I wish that the spark would fly now, that we actually have a big football tournament ahead of us. And that's not the World Cup in Qatar, that's the European Championship in England," said the 54-year-old: "If we get that spark can push through a very good first game with a correct result, then we want to do our part." 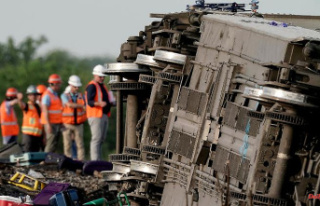 After a train derailment in Missouri: 15-year-old...