"Worth more than 100 gold": World Cup silver gives Semechin strength for the next chemo

She has cancer in the middle of two cycles of chemotherapy, but Elena Semechin doesn't let that get her down. 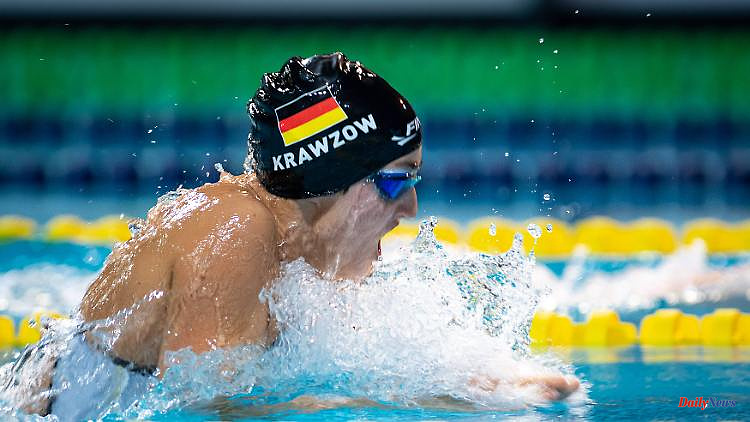 She has cancer in the middle of two cycles of chemotherapy, but Elena Semechin doesn't let that get her down. The almost blind swimmer still competes at the World Championships. And wins a sensational silver. She doesn't care about the gold medal she just missed out on.

Completely exhausted, Elena Semechin heaved herself out of the pool. After the 100-meter ordeal, she first had to come to her senses - but her husband Phillip and national coach Ute Schinkitz were immediately in her arms: second place, a tiny 0.02 seconds behind the first place. "This silver medal means more than 100 other gold ones," said the Paralympic champion the day after proving that despite cancer, she still controls her own life.

The fact that she only too narrowly missed out on the third world title of her career behind Colleen Young of the USA in Madeira over 100m breaststroke caused only a moment of disappointment. "I know that was an excellent performance that nobody expected," Semechin said. The medal is no less than "a statement that I'm still here" and "probably the greatest success of my career," she said in an MDR interview.

Even without a medal, the visually impaired swimmer would have been a winner just by starting. After all, Semechin received the devastating brain tumor diagnosis in October, a few weeks after her Tokyo gold. The operation followed at the beginning of November, followed by the sensational comeback five months later.

Despite all the exhausting radiation from the chemotherapy, she never let herself be dissuaded from her World Cup dream. Strong-willed, she fought her way through the final. "The last 40 meters were bad, I just wanted to get there," said Semechin, otherwise feared for her strong second track: "The man came with the scythe, nothing worked anymore."

No wonder she was just relieved when she finally hit the finish line - and realized what her effort was worth. 1:14.81 minutes - just over a second slower than in Tokyo. "My motivation is always to be the best. I would be lying if I said I didn't dream of a medal," said Semechin: "But I was surprised at what I was able to get out of myself."

Not only did she win her fourth medal at World Championships, but she also gained confidence for the fifth chemo cycle, which begins on Saturday. "I still have a long way to go," Semechin said, adding without hesitation: "I know I'm strong enough for it." 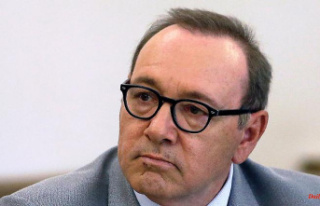 Sexual assault allegations: Kevin Spacey is due in...