An Asian puppet in the legendary American show "Sesame Street" 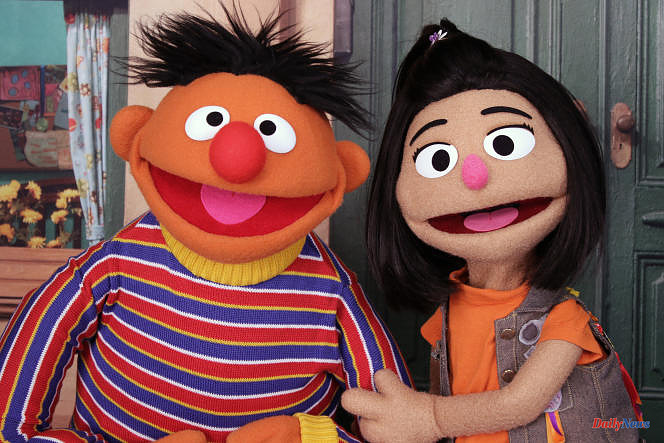 She's on her... 4,591st episode. Since November 10, 1969, PBS's educational children's show "Sesame Street" has become a must-have in the United States, and several generations have grown up, accompanied by Toccata, Ernest and Bart, Macaron ("Cookie Monster") or Elmo.

Over the years, she has addressed tolerance, diversity, same-sex parenting, in June 2021, but also real disasters such as the September 11 attacks and Hurricane Katrina (2005). And, fifty-two years after its debut, the series will welcome Ji-Young, its first Korean-American puppet.

7 years old, she has two passions: playing the electric guitar and skateboarding. She will make her debut in “See Us Coming Together: A Sesame Street Special,” a Thanksgiving special on November 25.

For her first appearance, she won't just share her love for rock, kickflip (a skateboard trick) or tteokbokki (a Korean dish). The show will follow her wanderings at a "Neighbors Party" where she will be joined by other Asian celebrities, such as Japanese tennis star Naomi Osaka, Indian-American actress Padma Lakshmi or Chinese-Canadian actor Simu Liu.

Above all, Ji-Young will play a role in the fight against prejudice against Asians in the United States: in this episode, she will be confronted with racism when she is told to "go home [to her country]" ( "Go Home", a slur regularly used against Asian Americans).

His appearance comes after nearly two years of heightened violence against the Asian American and Pacific Islander community, largely following the outbreak of the Covid-19 pandemic which has resuscitated the anti-Asian bias and culminated in three shootings in the Atlanta area in March 2021.

In June 2021, in the episode "Proud of Your Eyes", Alan Muraoka, a Japanese-American actor who in the show owns Hooper's Store, and the puppet Wes had previously come to the aid of Analyn, a Filipino-American girl who had been bullied because of her slanted eyes.

In a statement, Kay Wilson Stallings, executive vice president of creative and production at Sesame Workshop, the show's production house, explains that creating Ji-Young and airing this episode meets the goals that s The series is set: "to give children and families, regardless of their origin, the means to value their identity". It is also part of the Coming Together project, launched in June 2020 by CNN and "Sesame Street", a few days after the murder of George Floyd by Derek Chauvin, a white police officer, on May 25, 2020.

While the creation of new characters usually takes at least two years, Ji-Young was born in a few months. For Kathleen Kim, who will manipulate the puppet, it was essential that Ji-Young not be the victim of a form of lack of differentiation. She told the Associated Press (AP): "It's something every Asian American has been through. They [the Americans] put us in the “Asian” box. So it was very important that she was specifically Korean American, not just Korean, but was born here. »

1 The first tacos with space peppers on the menu of... 2 Meteorologists running out of names for hurricanes... 3 How Harry Potter's "Diagon Alley" Ended... 4 American justice grants rights to Pablo Escobar's... 5 To have your statue in London, it is better to be... 6 The misadventures of an Instagram influencer to evacuate... 7 Detention center for migrants, the other face of the... 8 Dani, singer, actress and 'Paris by night'... 9 Ivana Trump, Donald Trump's first wife, has died 10 Actress Charlotte Valandrey dies after another heart... 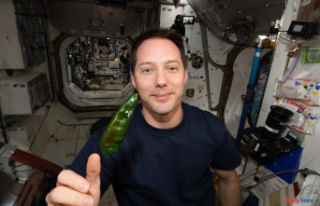 The first tacos with space peppers on the menu of...