Bamako expels the spokesperson for Minusma, the UN mission in Mali

The junta in power in Mali ordered, Wednesday, July 20, the expulsion of the spokesman of the UN mission in the country, the Minusma, accusing him of "unacceptable information" on the case of the 49 Ivorian soldiers detained for more than a week in Bamako, according to an official press release 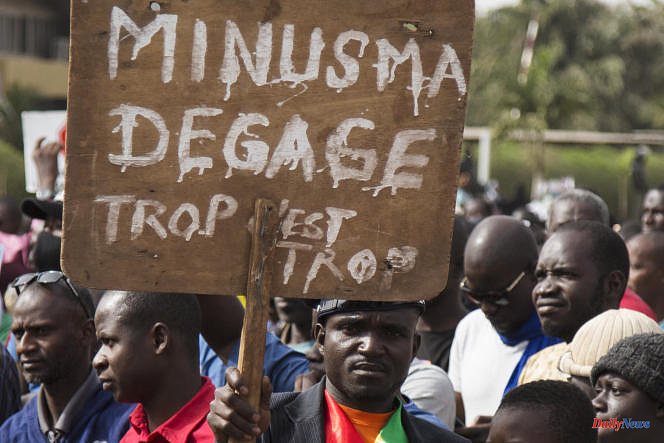 The junta in power in Mali ordered, Wednesday, July 20, the expulsion of the spokesman of the UN mission in the country, the Minusma, accusing him of "unacceptable information" on the case of the 49 Ivorian soldiers detained for more than a week in Bamako, according to an official press release. This decision comes in a context of already strained relations between Mali and its international partners.

The Malian government has notified Daniela Kroslak, the Deputy Special Representative of the UN Secretary General, of "the decision" of Bamako "inviting Mr. Olivier Salgado, spokesperson for Minusma, to leave the territory within 72 hours", according to this press release sent to AFP. The Malian authorities justified this decision by "the publication of tendentious and unacceptable information by the person concerned on the social network Twitter".

Mr. Salgado has, according to Bamako, declared "without any evidence that the Malian authorities would have been informed beforehand of the arrival of the 49 Ivorian soldiers by civil flight at the international airport [of Bamako] on Sunday, July 10, 2022", according to the press release from the Malian Ministry of Foreign Affairs and International Cooperation.

Côte d'Ivoire had requested on July 12 the release "without delay" of its 49 soldiers arrested "unjustly" and accused by the Malian authorities of being "mercenaries" seeking to destabilize the country. According to Abidjan, the presence of its soldiers in the context of logistical support operations in Minusma was "well known to the Malian authorities".

Still according to Abidjan, these soldiers were to take over from other Ivorians deployed in Mali as national support elements, a UN procedure allowing peacekeeping mission contingents to call on service providers for logistical support. This was the eighth rotation of soldiers to come to Mali for this mission, detailed Côte d'Ivoire.

Mali, a landlocked country in the heart of the Sahel, was the scene of two military coups in August 2020 and May 2021. It recently adopted a transition timetable that should allow civilians to return to power in March 2024. A Following the adoption of this timetable, the member countries of the Economic Community of West African States (ECOWAS), of which Côte d'Ivoire is a member, had lifted the economic and financial sanctions which hit the Mali since January.

The political crisis goes hand in hand with a serious ongoing security crisis since the outbreak, in 2012, of separatist insurgencies and bloody jihadist actions in the north.

1 In Sudan, the tribal conflict in the state of Blue... 2 In Kigali, African States at the bedside of nature 3 Italy seals increase in gas supply from Algeria 4 IMF grants $1 billion loan to Tanzania 5 In Boutcha, Executions, Rapes, and Indiscriminate... 6 War in Ukraine: What Russian Soldiers' Communications... 7 Disney hopes to revive its dream of a utopian city... 8 Jean-Michel Blanquer in Ibiza: Twitter, decompression... 9 Mothers, absent from family photos 10 The shrimp, champion of the opposition to Jair Bolsonaro 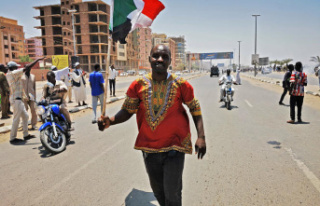 In Sudan, the tribal conflict in the state of Blue...