Bavaria: Attacks with ransomware: "Threat situation at a high level"

The perpetrators smuggle software into an IT system, encrypt data - and thus blackmail companies and other institutions. 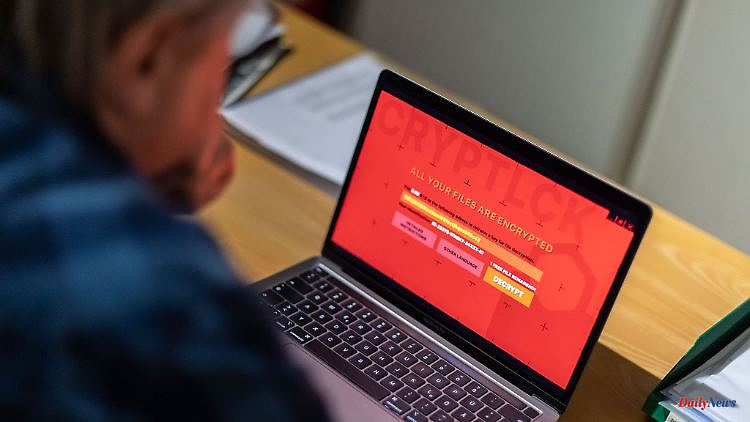 The perpetrators smuggle software into an IT system, encrypt data - and thus blackmail companies and other institutions. These attacks continue to be a major task for investigators in Bavaria.

Bamberg (dpa/lby) - Attacks on computer systems with encryption Trojans (ransomware) continue to be a major problem for companies, public institutions and private individuals in Bavaria. There had been a significant amount of ransomware in the previous year, said senior public prosecutor Thomas Goger, deputy head of the Central Office for Cybercrime in Bavaria (ZCB), the German Press Agency. "The threat level is at a high level."

It is often asked whether the emergence of these Trojans has anything to do with Russia's war of aggression against Ukraine and whether the cases have therefore increased after February 24th. "We can't make the connection that way," Goger said. "It's realistic to assume that the threat level for cyber attacks has intensified since then. But ransomware was a big problem before that. The perpetrators have become more and more professional, and they now have considerable financial resources at their disposal."

A ransomware attack installs malware that encrypts data without the victim's knowledge. Victims can no longer access them. The perpetrators demand a ransom for the decryption.

The Cybercrime Central Office was founded in 2015 - as a Bavarian special unit in the fight against crime on the Internet. There are currently 21 posts for public prosecutors there, for example to take action against cyber attacks on companies, against fraudulent online platforms, but also against child pornography on the Internet.

1 Baden-Württemberg: City Day: Standards have to go... 2 Baden-Württemberg: collision between minibus and... 3 Statistics from the Berlin police: the majority of... 4 Complicated situation at Bayern: where to go with... 5 "It's a great rivalry": Alba wins the... 6 Labor law question: Am I entitled to a feedback meeting? 7 Mecklenburg-Western Pomerania: The catering industry... 8 Thuringia: State puts millions into research projects 9 Hesse: Forest owners receive 13 million euros for... 10 North Rhine-Westphalia: Blood donation services in... 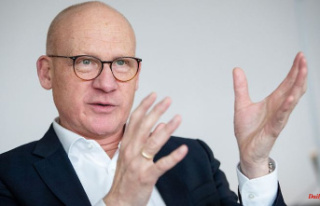