Everything will get better, that was the promise of El Salvador's President Nayib Bukele. 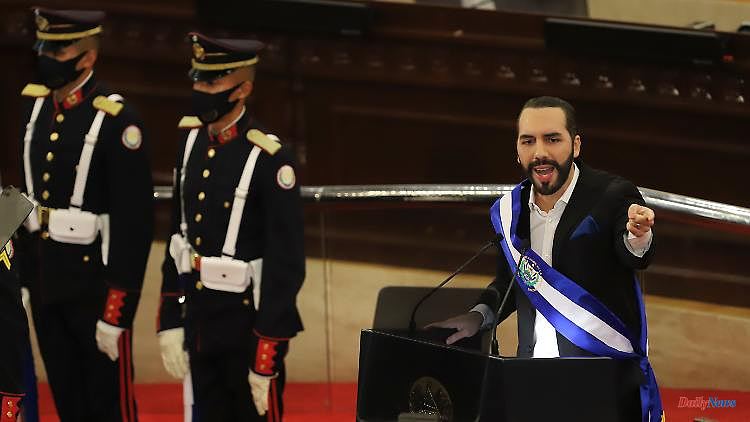 Everything will get better, that was the promise of El Salvador's President Nayib Bukele. But his pact with the powerful criminal gangs ends in a bloodbath. And now the new national currency, Bitcoin, is weakening. Some see the national bankruptcy knocking.

While other countries are still living in poverty and old ways of thinking, El Salvador will rise out of its misery with a golden glow, because: The dynamic president has recognized the signs of the times, is making the small Central American state fit for the future and a role model for others in the world. So just invest your money here in Central America! Of course, the critics all have no idea.

That is roughly the story that Head of State Nayib Bukele and his supporters have been spinning publicly since his successful 2019 election at the latest. On Twitter he describes himself as "the coolest president in the world", "the coolest dictator in the whole world", or simply: CEO of El Salvador.

Most recently, the 40-year-old former entrepreneur presented a golden model volcanic city for crypto immigrants, the Bitcoin City. He received dozens of delegations and heads of state from all over the world to discuss the opportunities for Bitcoin and cryptocurrencies. Bukele invited them because there is no doubt that something revolutionary is going on in Central America: the cryptocurrency Bitcoin has been an official means of payment in El Salvador for around a year, in addition to the US dollar. The experiment is ongoing, but it is unclear what impact it will have on the country and its 6.5 million people in the medium to long term.

The experiment is now becoming extremely dangerous because the value of Bitcoin has collapsed, El Salvador is plagued by a debt problem and violence in the country is escalating. Since the introduction of the new currency, the country's central bank has mostly bought more than 2,300 bitcoins with taxpayers' money on Bukele's instructions, mostly in so-called dips, i.e. when the price of the extremely volatile cryptocurrencies falls. There is no official statement on crypto ownership, but this is the estimate of the Bloomberg agency, which specializes in financial news. The bitcoin stash is currently worth around $67 million. It is unclear for how much money El Salvador bought the bitcoins and how high the price losses are. What is certain, however, is that part of the state's assets are outside the regulated financial market.

In June, the country has to repay around $40 million in debt. However, due to the market fallout from the war in Ukraine, rampant global inflation and rate hikes by the US Federal Reserve, the unofficial crypto reserve has now fallen to half of its previous high. Translated into dollars, El Salvador has lost tens of millions as a result. Almost 100 percent of El Salvador's annual economic output is in debt. Because of the difficult situation, it is already being said in some places that it will not be long before national bankruptcy and thus a possible end to the experiment. When the Bitcoin price recently fell below $30,000, Bukele bought back with tax money: 500 Bitcoin for a total of $15.5 million.

Bukele is an authoritarian president. Parliament is in line, the head of the central bank only speaks of "positive risks" when it comes to Bitcoin, and in the judiciary, the president not only filled the Supreme Court with allies, but also replaced a third of all judges in the country. Months ago, political scientists did not want to comment on ntv.de at all or only anonymously because they feared repression or worse for themselves, their family and friends. "We are already in a dictatorship," said one of them. The positions of power in the state are occupied by relatives and friends of Bukele, and entrepreneurs can do whatever they want.

Actually, the Bitcoin City should also be built with profits from crypto transactions, a tax-free new home for crypto immigrants from all over the world, where the digital currency should also be mined in an environmentally friendly way with volcanic heat. However, the architectural models of the city presented last week seem like the dream of a megalomaniac dictator.

Bukele wanted to attract new investors with the futuristic plan: In November 2021, he advertised a special "volcanic bond" with a total amount of one billion dollars and a 6.5 percent interest payout after five years. The construction of the Bitcoin City should be financed with half of the income. The other half should flow into Bitcoin, whose price gains would then be used to repay it. But the bond has still not been released for subscription.

"We're waiting for the right moment and the president," El Salvador's finance minister said earlier this month. "It depends on the state of the market." And that's not good. Even the current government bonds are not a hit and are traded at a fraction of the issue price. Before the introduction of Bitcoin last year, various rating agencies had already downgraded the country to negative creditworthiness. In addition, the question arises: Why should anyone put their money into the "volcanic bond" when they can simply buy Bitcoin themselves - only without the El Salvador risk?

Some see the country's poor credit rating as the reason why Bukele started the cryptocurrency experiment in the first place: El Salvador needs money. The International Monetary Fund (IMF) would have helped El Salvador with $1.3 billion, but put the loan on hold because of the Bitcoin adventure earlier in the year. The organization finds cryptocurrencies too insecure and not transparent. If the country wants the loan, the currency must be stripped of its official status, the IMF demands.

The risks of the unregulated crypto market are a bane for the country. El Salvador has the most insecure foreign debt ("distressed sovereign debt") in the world, US economist Steve Hanke was quoted as saying in the US magazine "Fortune" at the beginning of the year. And this is due to Bitcoin: "Market players think that Bukele has gone crazy, and he is." Since this assessment, El Salvador's creditworthiness has deteriorated even further. The rating agency Fitch, for example, sees it at CCC junk level. So it is becoming increasingly difficult for Bukele to get money.

Bitcoin does not play a major role in the everyday life of the Salvadorans, which, in addition to the violent price fluctuations, is also due to the internet not being available everywhere, a lack of technology and an inadequate power supply. At launch, citizens received $30 in bitcoin, which they could access with their own app, Chivo ("cool"). However, according to a preliminary study, most have never used the cryptocurrency since then. "There is no experiment in which a currency with such strong incentives was introduced and still failed," the magazine "Rest of World" quoted one of the study authors as saying. When it was introduced, Bukele advertised that it wanted to simplify payment transactions for the population and give poorer people the opportunity to pay without cash.

In fact, international attention to El Salvador brings money into the country, but only indirectly into the treasury. The national tourism authority states that the number of foreign visitors has recently increased significantly. However, this is likely to have something to do with the less and less public presence of the corona pandemic and a greater desire to travel. However, El Salvador has a bad reputation due to poverty, corruption and crime. And currently, the country is not necessarily attractive to travelers.

The official state of emergency has been in effect since the end of March. Freedom of assembly is suspended, the police can detain anyone for up to two weeks without reason and monitor telecommunications without a legal order. Since then, the security forces have acted with this license and with all severity and have put more than 30,000 people in prison. The trigger was a bloody weekend in which members of criminal gangs committed 87 murders - more than in the entire month of February. Security forces arrested more than 600 members the following day alone. In prisons, prisoners were no longer allowed out of their cells and privileges were abolished.

The outbreak of violence and the wave of arrests are believed to be the result of a broken alliance between the government and the so-called Pandillas, who control many areas of the capital, San Salvador. Before his election, Bukele had made a pact with the Pandillas to gain power. According to information from the investigative medium "El Faro" and the US government, he and later members of the government bribed the two most influential gangs, MS-13 aka Maras, and Barrio 18. For the money, the Pandillas helped with the election campaign, among other things, and stuck to theirs criminal activities, such as murder. Gang heads in prisons were given privileges, such as smartphones and were allowed to receive visits from sex workers.

Bukele was the city's mayor before running for president. The US Treasury Department imposed sanctions on two government officials over the deal. When the Attorney General of El Salvador announced that he wanted to investigate the case, Bukele dismissed him. Investigative journalists and active civil rights activists were illegally overheard.

The President had always boasted about his successful fight against crime and the lower murder rate. In a regional comparison, Bukele is still extremely popular with the population, and a majority also supports the state of emergency. But the brutal aftermath could land Bukele in trouble.

Last month, Parliament passed a new media law. It is now forbidden to post messages from Pandillas. The question is why the pact broke up in the first place. One thesis is that Bukele simply lacked the money to pay the Pandillas for their continued support. This in turn could also have something to do with the fallen Bitcoin price. As always, he could of course recover. There's still time for that. Next January, the indebted country will have to repay 800 million dollars in one fell swoop. If it goes bankrupt, Bukele would have gambled away at the expense of millions of people.

1 Anger at president and club: Spanish league wants... 2 "I'm dealing with inquiries": Löw... 3 The day of the war at a glance: Heavy fighting in... 4 Women's Champions League: Olympique Lyon creates... 5 Trump, on the other hand, is not affected: Russia... 6 Defying a deficit and a man down: RB Leipzig wins... 7 Cup off, further, scorer: The man who lost the cup... 8 Offer for wind power subsidiary: Siemens wants to... 9 Checking out the historic final: There are tears on... 10 The historic final in check: There are tears on the... 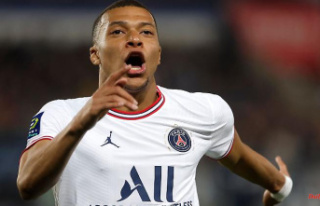