After the sell-off on the New York stock market in the middle of the week, the indices are still struggling to stabilize. 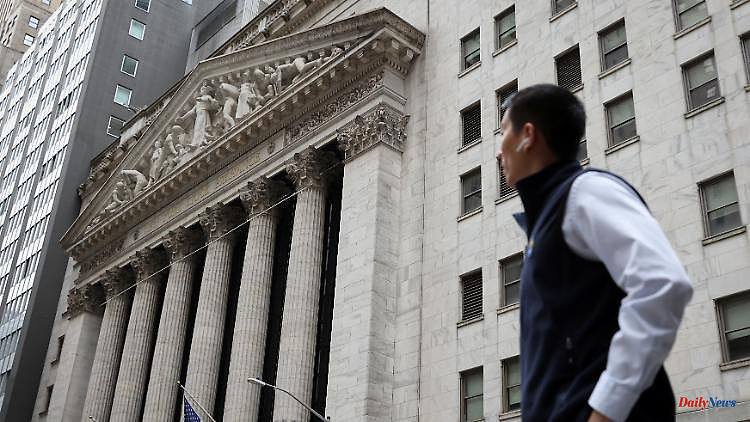 After the sell-off on the New York stock market in the middle of the week, the indices are still struggling to stabilize. Ultimately, the pressure on prices continues.

The slowing effect of rising inflation on the US economy continues to concern investors on Wall Street. The stock exchanges struggled to find a clear direction on Thursday. In early trading, the Dow Jones Industrial fell to its lowest level since March 2021. At the end of the day, the leading index lost 0.75 percent to 31,253.13 points. The market-wide S

According to stockbrokers, declining profits from retail giants such as Target made it clear how the surge in inflation is affecting the purchasing power of Americans. "The consumer component is now starting to weaken, raising the prospect that we are indeed heading for a recession," said Randy Frederick, investment specialist at Charles Schwab. Consumption is the main driver, with consumer spending accounting for more than two-thirds of economic activity.

The market is speculating that the Fed could be forced to make even larger interest rate hikes of three-quarters of a percentage point in the future given the persistently high inflation rate. "The key concern facing investors right now is how the Federal Reserve will be able to tame inflation without causing a recession," said Ryan Belanger, executive director and founder of consulting firm Claro Advisors. "Investors should get used to significant ups and downs in equities, which is common in times of tremendous uncertainty."

Goldman Sachs strategists now see a 35 percent chance that the US economy will enter a recession in the next two years. In contrast, the most recent study by Morgan Stanley shows a 25 percent probability of a recession in the next twelve months. In the euro area, too, more and more investors are now adjusting to rising interest rates. That's why things went up for the recently shaken euro. The common currency gained 1.2 percent to $1.06. Last Friday, it fell to its lowest level in more than five years at $1.0348.

In the IT sector, lowered sales expectations from Cisco Systems dampened sentiment. Because of the delivery bottlenecks in the component sector, the network supplier is more pessimistic. The titles lost more than thirteen percent. The shares of competitors such as Juniper Networks, Arista Networks and Ciena were also caught up and lost up to 3.5 percent. Canada Goose, on the other hand, created a good mood among its shareholders with an optimistic profit forecast. The company was encouraged by strong demand for its luxury parkas and jackets. Shares rose nearly 10 percent.

Kohl's had a rollercoaster ride after the department store chain lowered its full-year earnings guidance. The shares initially fell by around seven percent, but then turned more than four percent into the plus. 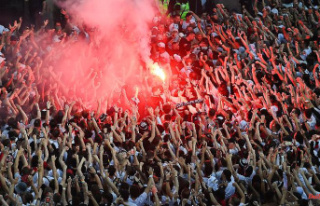