The health system in Scotland has been under extreme pressure for many years. 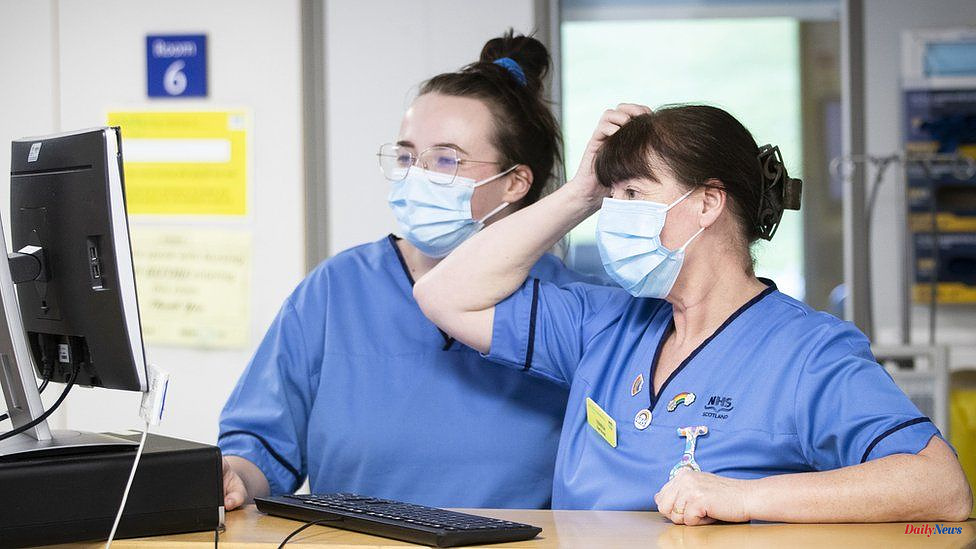 The health system in Scotland has been under extreme pressure for many years. However, the impact of Covid-19 saw staff shortages, bed blocking, and longer waits for outpatient and emergency treatment.

Humza Yousaf, Health Secretary, has warned that recovering from the pandemic will take years and not months for the NHS in Scotland.

These five charts illustrate the challenges facing the health system.

The demand for emergency services in Scotland declined due to the lockdown restrictions.

While A&E attendance is now roughly in line with pre-pandemic levels, it is important to note that the waiting times in emergency departments are longer.

The failure to reach the target was due to delays in moving patients out of A&E into the wider NHS and social service system, staff shortages, and patients with more complex medical needs.

Because the NHS only has a small number of beds, it is crucial that patients are able to move around quickly.

Bed blocking or delayed discharge, where a patient remains in a hospital bed even though they are well enough to leave, is a continuing disruption to this flow.

This isn't a new problem. In fact, it was briefly under control at the beginning of the pandemic when the NHS stopped many of its routine services in order to concentrate on Covid-19 patients.

But, the number of people who stayed in hospitals unnecessarily rose as soon as they were reopened.

Bed blocking is caused by a lack of social care services in the community. This can lead to hospitals with near full occupancy having little space to move patients around and ambulances spending hours waiting outside A&E to get beds.

Patients with more complex medical needs, who require longer stays in hospital, are adding to the pressure.

Public Health Scotland data also showed that the average daily number occupied by people who are waiting to be discharged in 2018 was 51% more than in the previous year. This is partly due to Covid-19.

Another important impact of the Covid epidemic was the increase in the number of people who are waiting to be treated and the length of their wait.

At the end of March, more than 553,000 people waited for inpatient or outpatient treatment. This is equivalent to one in ten of the country's population.

Since statistics were updated in their current form around a decade ago, the number of waiting lists is at its highest. Nearly one in nine people have been waiting more than a full year.

Since March 2020, when the Covid pandemic started, more than a third of those who are waiting to be treated for planned procedures like knee or hip surgery has been affected.

Some surgeons think it will take years for patients to return to 2019 waiting times. They also worry that the longer waiting period could lead to more serious health problems.

Due to fears that Covid-19 could easily spread to surgeries, dentists across Scotland were forced to close.

This can be seen in the dramatic decline in treatment in the graph after 2020 lockdown, when only emergency patients were being treated.

Although restrictions have been relaxed, practices were able to offer more treatment options. However, infection control measures such as cleaning rules between patients and doctors, which were in effect until April of this year, are still in place.

This means that Scotland's dentists are still trying to catch up with the latest figures, which show they performed 28% fewer procedures than before the pandemic.

Many people have changed how they interact with their GPs since the pandemic.

Many surgeries now offer phone exchanges. However, staff shortages, increased demand, and infection control measures have made it difficult for patients to get appointments.

Perhaps this is why the survey by the Scottish government of over 130,000 people revealed that there was a decline in satisfaction with GP services - at its lowest level since 2009.

Humza Yousaf, Health Secretary, has stated that delays in getting a GP visit for some patients are a result of the enormous challenges facing the NHS following the Covid-19 pandemic.

1 Rising costs and declining donations are causing hospices... 2 Minions: Cinemas ban teens from wearing suits in favor... 3 Glasgow Airport evacuated because of an unattended... 4 Damien Abad is being investigated for attempted rape... 5 Hesse: Landed on the roof of the ECB with a paraglider:... 6 North Rhine-Westphalia: Despite topless photos: ex-photo... 7 Baden-Württemberg: The state wants to open up remote... 8 Bavaria: Steinmeier shows foreign diplomats Franconia 9 Mecklenburg-Western Pomerania: Expected Corona autumn... 10 Shireen Abu Ala: US releases results of test on the... 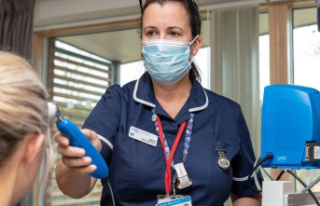