"Hard but fair" on holiday chaos: "It will be a summer of surprises"

In North Rhine-Westphalia, Friday is the last day of school. 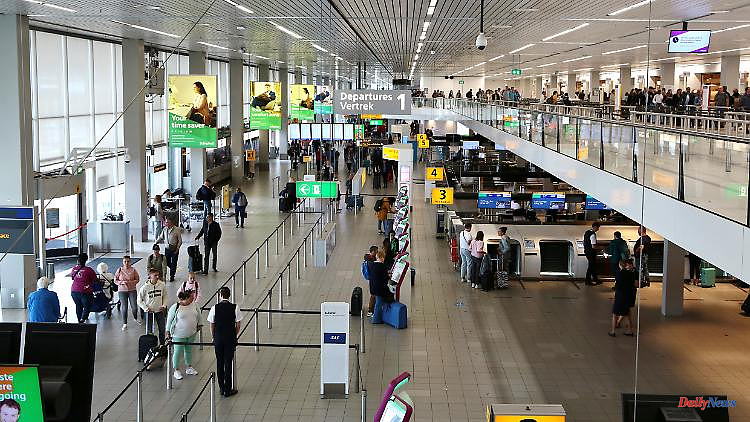 In North Rhine-Westphalia, Friday is the last day of school. Then the first summer tourists start their vacation. Chaos at the airports is programmed. The guests discussed this on "Hart aber fair" in the first on Monday evening.

Almost exactly 50 years ago, the rock band Alice Cooper released their biggest hit with their song "School's Out" - and created one of the best rock anthems of the 1970s. The song cheers - about the last day of school and the freedom that you could now enjoy. Anyone who wants to spend the summer holidays abroad this year, if possible by plane, will remember another song: "This path will not be easy".

In the past few weeks, many air travelers have been complaining about chaotic conditions and long queues at the airports, including postponements and cancellations of the trips they have booked. The guests of the ARD talk show "Hart aber fair" also discussed this on Monday evening.

"People feel like going on vacation," says Ute Dallmeier, who runs several travel agencies and is also a member of the executive committee of the German Travel Association. Nevertheless, the booking status for vacation trips is just 70 percent compared to the time before the Corona crisis. However, she assumes that the numbers could still increase. And maybe in the next few days: In North Rhine-Westphalia, Friday is the last day of school. This makes it the first federal state to start the summer holidays.

Dallmeier has found that many travelers also dig deeper into their wallets for a nice holiday. After all, they have been saving money since the beginning of the Corona crisis, i.e. for two years. It could be the nicer holiday home or the more luxurious hotel.

"It will be a summer of surprises," says Claudia Müller. The Greens politician is the federal government's tourism coordinator. The airports were warned in good time and passengers were made aware of this.

The airlines have also prepared, Matthias von Randow is convinced. However, the general manager of the Federal Association of the German Aviation Industry points out that hardly any vacation trips have been booked for two years. The airlines had to lay off staff who are no longer available. Many people would have looked for new jobs, especially in the logistics industry. But there are still interested employees, and many former employees have already returned. And they are very motivated, says von Randow: "They are thirsty to help the travellers."

Claudia Müller cannot understand that there are still flight delays or cancellations. There are severe staffing problems everywhere, she says. She cites gastronomy and the hotel industry as examples. Ute Dallmeier can confirm that. Nobody was laid off in their travel agencies, but employees had resigned of their own accord. They would have been fed up with psychological talks, but most of all with justifiably angry customers.

You can understand them. And the situation isn't getting any better: In July, Lufthansa canceled 900 flights within Germany and Europe. The company often cites a lack of staff as the reason. In fact, during the Corona period, the number of employees at the airline fell by almost 25 percent. Now they have looked around for new employees abroad, especially in the security sector, says von Randow. About 2000 were found in Turkey. A special permit from the federal government is required to set them up. Claudia Müller confirms that the responsible ministries are already dealing with it.

However, tourists can already shorten the waiting time at the airport. The guests at "Hart aber fair" give various tips: Air travelers can check in easily online at home, and you can also check in your luggage the day before departure.

However, the problem of postponed or canceled flights remains. As a rule, the airlines are liable for this. In concrete terms: Anyone who can fly too late or not at all on vacation gets their money back in part or even in full. That's supposed to work normally digitally, with a complaint over the internet. But so far it often hasn't.

This is exactly why the NRW consumer advice center has developed an app together with the North Rhine-Westphalian state government. It's called "Fluganger". A first test shows: The app is quick to install and very easy to use. It checks whether a passenger gets money back if, for example, the flight is cancelled, was missed or the luggage has disappeared. The amount calculated by the app can then be reclaimed from the airline.

"Actually, it's sad that this app has to exist," says Wolfgang Schudsinski from the NRW consumer advice center. But in the past, too many airlines simply refused to compensate financially for the damage caused to customers.

If you want to completely avoid the stress of a flight, you have a number of options. For example, there is the nine-euro train ticket. In the end, it always arrives. Sometime. Somewhere.

1 A lot of criticism, hardly any ideas of your own:... 2 Allegations against airlines: Flight chaos makes the... 3 Holocake 2 vs Apple Glasses?: Meta reveals super slim... 4 Summer vacation is just around the corner: These nine... 5 Summer in Europe: Which corona rules apply in the... 6 Cleaning with goods test: five toothpastes are "very... 7 100 euros in July: when is the child bonus on the... 8 32 times Classic-Zisch in the test: The best mineral... 9 Short of cash: Should you lend money to the family? 10 Avoiding neighborhood disputes: Where and when can... 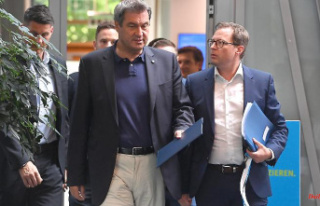 A lot of criticism, hardly any ideas of your own:...