Heatwave: EDF could lower its nuclear production and shut down a reactor

"Due to the forecasts of high temperatures on the Rhône, production restrictions are likely to affect the Tricastin nuclear production site from August 6, 2022, possibly going as far as the shutdown of a unit", indicates the electricity producer in a message intended for the markets. 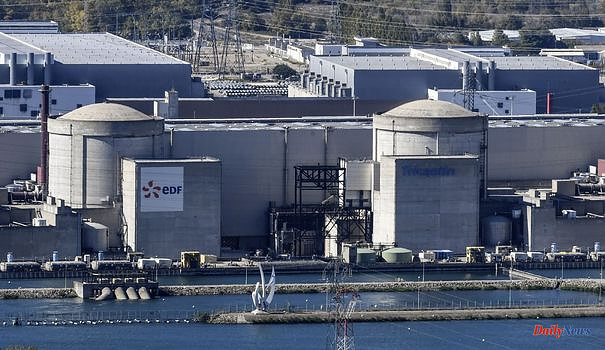 "Due to the forecasts of high temperatures on the Rhône, production restrictions are likely to affect the Tricastin nuclear production site from August 6, 2022, possibly going as far as the shutdown of a unit", indicates the electricity producer in a message intended for the markets.

"However, a production of at least 400 MW will have to be ensured with the maintenance of 2 coupled sections for network constraints", specifies the company. Tricastin has 4 reactors of 900 MW each.

EDF had already warned, since Friday, that the production of the plant could be affected due to the heating of the rivers, used to cool the reactors.

“To date, only Tricastin reactor no. 2 has modulated its power in order to comply with its discharge order twice, for a few hours, on July 29 and 31,” a spokesperson told AFP. EDF Wednesday afternoon.

EDF also warned of possible "production restrictions" at the Saint-Alban power plant (Isère), also on the banks of the Rhône, with however a minimum production also planned.

Such restrictions are also being considered at the Golfech power plant (Tarn-et-Garonne) this time due to high temperature forecasts for another river, the Garonne.

Each plant has its own regulatory water discharge temperature limits that must not be exceeded, so as not to heat up the surrounding waterways and to protect the fauna and flora. The power plants indeed pump water to cool the reactors, before rejecting it.

The regulations provide for possible temporary derogations on certain sites and such derogations were recently granted to four power stations so that they can operate during very hot weather.

"The intense and widespread heat has had a significant impact on the continent's electricity system," said Fabian Ronningen, of Rystad Energy, as electricity prices continue to rise in Europe.

Nuclear power is far from the only one involved. Low levels for hydroelectricity "started long before the start of summer" but "heat waves in June and July added pressure, with southern Europe hit particularly hard", recalled the report. expert in a note.

“Another impact of hot weather is the increase in electricity demand, mainly due to increased air conditioning needs,” notes Fabian Ronningen.

Electricity prices have continued to climb, reaching record highs, particularly in France. Electricity for delivery next year in France was trading at more than 520 euros per megawatt hour, against less than 300 euros in mid-June, on the futures markets.

This trend can be explained by many factors: in addition to the effect of heat, it is fueled in particular by high gas prices and the low availability of the French nuclear fleet, with 12 reactors out of 56 shut down for problems corrosion. 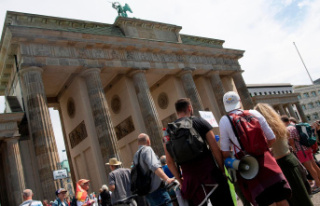 Demonstration in Berlin: They are back. And celebrate...