Heir to the throne of hearts: Many Britons wished for "Wills" on the throne

Great Britain has seen Prince William grow up, now the 40-year-old is heir to the throne - and quite a few Britons consider him the better king. 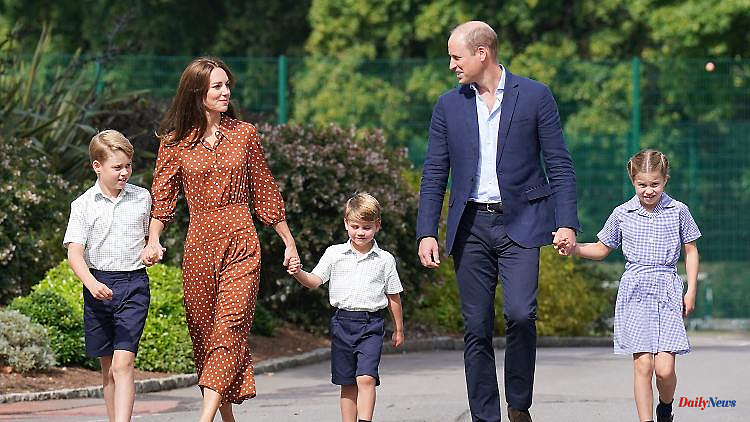 Great Britain has seen Prince William grow up, now the 40-year-old is heir to the throne - and quite a few Britons consider him the better king. He is already taking on many royal duties, while always being down-to-earth. The British monarchy needs him more than ever.

He had known for years that this day would come: since his father was Charles III. is the new British monarch, Prince William is now heir to the throne himself. The 40-year-old developed the sense of duty of a future king early on, and for months he has been taking on more and more royal duties. The British should be very happy with their new heir to the throne.

"Wills" has a firm place in the hearts of Britons, many of whom wish he had succeeded his grandmother Queen Elizabeth II directly, rather than his less popular father. Williams fans especially like his reserved nature and his charity work. Born on June 21, 1982 as William Arthur Philip Louis Mountbatten-Windsor, the prince has developed a down-to-earth image since his youth. He worked as a rescue helicopter pilot for several years and sometimes wears casual jeans. He quit his job in 2017 and has been a full-time royal ever since.

Unlike previous generations of royal fathers, who often kept a certain distance from their offspring, William proudly revealed that he changed his first-born son, Prince George's first diaper. He was then able to demonstrate these skills with his daughter Charlotte and son Louis. According to his own words, during the corona lockdown he shared the care of the two older children in homeschooling with his wife Kate.

William himself was only ten years old when his parents, Prince Charles and Princess Diana, separated. At the age of 15 he had to cope with the death of his mother - the image of William and his younger brother Prince Harry walking behind their mother's coffin with their heads bowed and under the gaze of the world public has burned itself deeply into public memory. Diana's untimely death while fleeing paparazzi has left William with a strained relationship with the media and journalists to this day, keeping his family out of the public eye as much as possible.

William met his now wife Kate at the University of St. Andrews, Scotland, where she caught his eye at a student fashion show. The two married in 2011. Since then, the former student lovers have transformed into royal parents and ambassadors.

To the extent that Elizabeth II has reduced her public appearances in recent years for reasons of age and health, the royal obligations of William and Kate have increased. Both appear relaxed and natural in their performances by Royal standards. With their commitment to environmental, conservation and mental health projects, William and Kate are the modern face of the monarchy. As recently as June, Prince William was still selling homeless newspapers on the street.

In August he and his family moved from Kensington Palace to a cottage in the grounds of Windsor Castle in order to give the three children as normal a life as possible and more freedom than in London. William rarely gives interviews, but he's not afraid to speak his mind openly. He reacted sharply when his brother Prince Harry and his wife Meghan accused the royal family of racism in a spectacular television interview. "If there's one thing we're not, it's a racist family," William told reporters.

The relationship between the two brothers has been troubled ever since. Due to Harry's withdrawal and the scandals of his controversial uncle Andrew, the new heir to the throne has even more tasks than his predecessor - especially since Charles III. is already 73 years old. "William will have to shoulder a greater share of the burden and I have no doubt that his share of royal duties will increase," said constitutional scholar Robert Hazell of London's University College.

The growing number of their titles also speaks for the great importance of the 40-year-old and his wife: They are now the Duke and Duchess of Cornwall and Cambridge and - if the new king wants it - may soon become Prince and Princess of Wales.

1 Ruling on price increases: price clause for Spotify... 2 Baden-Württemberg: Lama escaped: Alpaca stallion... 3 Baden-Württemberg: Operator: Cable car in the amusement... 4 Hesse: rejuvenation for Frankfurt's T-Rex: figure... 5 Bavaria: Man dies in a hunting accident near Hilpoltstein 6 Hesse: "Mood is good": Darmstadt without... 7 Baden-Württemberg: successor to the 9-euro ticket:... 8 Visas are becoming expensive and time-consuming: the... 9 Wieduwilt's week: be nice and loud, you democrats! 10 Queen of Canada and Tuvalu: The Worldwide Empire of... 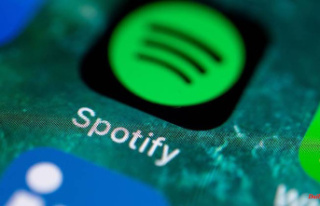