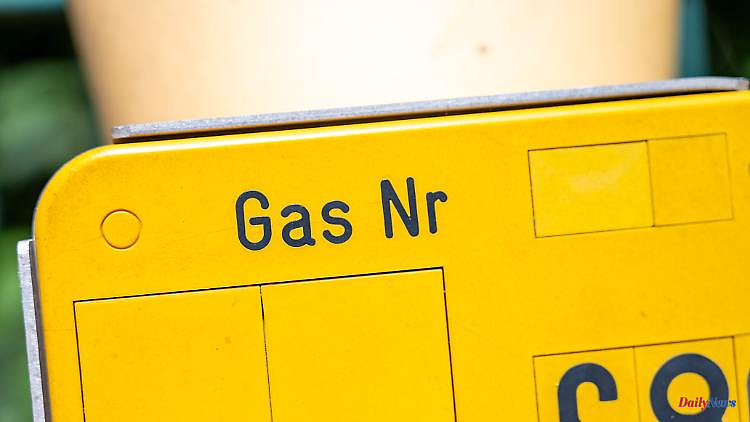 On Thursday, Economics Minister Habeck announced the alarm level of the “Gas Emergency Plan”. The federal government is thus reacting to the sharply reduced gas supplies from Russia. However, the group at "Illner" thinks little of a debate about nuclear power plants.

It is not for nothing that the term "alert level" radiates seriousness. On Thursday, Federal Minister of Economics Robert Habeck announced the second of the three stages of his “gas emergency plan” – the alert stage. "Gas is a scarce commodity from now on," said the Green politician. Because less and less of it flows through the Baltic Sea pipeline Nord Stream 1 to Germany. Russia has gradually reduced the delivery volume by 60 percent in the past week. It is therefore questionable whether the German gas storage facilities can be filled in time for winter.

"As of today, we are concerned, the situation is very tense," said the President of the Federal Network Agency, Klaus Müller, on Thursday evening on ZDF in the talk show "Illner" by moderator Maybrit Illner. "But we still get gas." Some of it can still be fed into the storage. But in three months the heating season will begin. Because the necessary measures to save gas would take time, the alarm level had already been declared.

This is one of the three steps with which the federal government is reacting to the current situation, says Federal Finance Minister Christian Lindner. For this year's budget, he has planned 15 billion euros so that the gas storage tanks can be filled. The second step is to take the pressure off prices and reduce inflation. And last but not least, it is important to relieve those who are particularly suffering from inflation and price increases. That applies not only to people who purchase land, but also to workers "who don't have a top income," says the FDP leader.

The group agreed that the third and highest level of the "Gas Emergency Plan" should be avoided. That would happen in the event of a specific gas shortage. The Federal Network Agency would then decide who would still get gas. "At the moment most of [our] energy goes into avoiding this situation and we can still avoid that," says the head of the network agency, Müller, about a gas shortage. Every company, every works council, every private household can help ensure that it doesn't get that far. "That is my most important appeal: to save and store gas. This helps us to avoid this situation of gas shortages," says Müller. According to the head of the Federal Network Agency, even the filled gas storage tanks only lasted 2.5 months in a winter with average temperatures.

It is the first commandment that no more gas is used to generate electricity, says FDP leader Lindner. Instead, the energy carrier is needed for heating in winter and for certain industrial processes. A gas shortage could have serious consequences for the industry. If certain systems had to be shut down, they would break down, says Lindner. "Then they won't be rebuilt in Germany, but will be invested abroad, in Asia." Such a structural crisis should be averted above all with a view to future prosperity.

There are two aspects to consider when considering gas shortages. On the one hand, there are the rising prices that have economic consequences. "That's why we have to relieve the burden," says Lindner. There was economic aid for companies, says the FDP leader. Families were also supported with the relief packages from the traffic light coalition. SPD leader Lars Klingbeil has also announced further measures. On July 4, Chancellor Olaf Scholz will meet with representatives of employers and employees for a so-called "concerted action" and discuss rising inflation with them.

The other aspect is the gas shortage itself. The federal government has been preparing for this for some time, says Lindner, citing the financing of LNG terminals for liquid gas and also accelerated procedures for plants for renewable energies as examples. In addition, Economics Minister Habeck has already announced that he wants to bring some coal-fired power plants back from the reserve. Lindner says he doesn't see this as trivial given the traffic light coalition's climate goals.

"I mean, we can't allow ourselves any taboos," says Lindner. He is ready to import not only green but also red hydrogen from France, in the production of which nuclear energy is also used. "And I would also be ready for a discussion in Germany to continue using our remaining nuclear power plants for a while to use everything to reduce prices."

In the "Illner" group, however, there are reservations about the nuclear discussion. Monika Schnitzer, professor of economics and one of the "economic wise men", is not convinced when it comes to nuclear energy. Experts would give different assessments on this subject, on the issues of costs and fuel. She becomes skeptical as to whether the money that the state would spend there would not be better spent elsewhere.

Federal Network Agency boss Müller, who was Green Environment Minister in Schleswig-Holstein from 2000 to 2005, is not enthusiastic about the debate either. "We don't have a power shortage, we have a problem with gas," he says. "Nuclear power plants don't produce heat. Let's focus on what the problem is. I don't think the nuclear debate is helping us much." SPD boss Klingbeil also makes a similar statement. Recalling the coalition agreement, he says speeding up renewable energy processes will do more "than a backward-looking debate about nuclear energy."

1 European through and through: Ukraine would be an... 2 Ukraine talk at "Markus Lanz": Weimer: "The... 3 Free solution only sufficient: Good password managers... 4 If the iPads are too expensive: Tablets under 300... 5 Corded and Cordless: These vacuum cleaners do a good... 6 Natural cosmetics fail: Not all sunscreens are good 7 Just a "very good" powder: turmeric is a... 8 Inexpensive companies wanted: These are Germany's... 9 Öko-Test kokelt: charcoal in the test - three times... 10 Energy-saving tip for summer days?: Water not below... 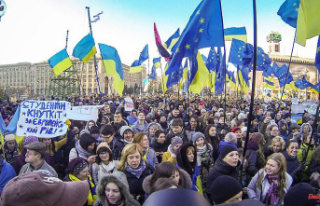 European through and through: Ukraine would be an...