Mecklenburg-Western Pomerania: After a major fire in Alt Tellin, operators are planning a new facility

Almost two years ago, almost 50,000 pigs were killed in a major fire in Western Pomerania. 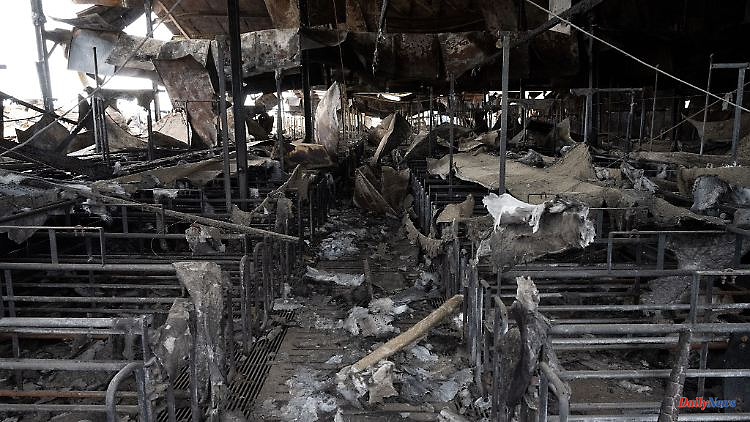 Almost two years ago, almost 50,000 pigs were killed in a major fire in Western Pomerania. The cause has not been clarified. The operators now want to build a new, animal welfare-friendly facility there - if the village agrees.

Alt Tellin (dpa/mv) - The Alt Tellin pig farm (West Pomerania-Greifswald), which burned down in March 2021, is to be rebuilt on a smaller scale. As Ralf Beke-Bramkamp, ​​spokesman for Agricultural Pig Breeding Germany (LFD-Holding/Roßdorf) told the German Press Agency, corresponding plans are underway. One wants to set up piglet rearing in an optimized form with fewer animals and in accordance with current animal welfare regulations. The LFD is one of the largest piglet producers in Germany. The timing of the construction is still dependent on the outcome of the regulatory process with the insurance company. This one is still running.

Almost 50,000 pigs died in the fire, most of them piglets. According to the German Animal Welfare Association, it was one of the biggest barn fires in years. People were not injured, only about 1300 animals could be saved on March 30, 2021. According to the public prosecutor's office, the cause of the fire could not be clarified beyond doubt and the investigation was discontinued. Investigators had estimated the damage at 40 million euros.

The controversial piglet breeding facility with 10,000 dams was approved by the responsible state environmental agency in 2010, despite the protests and objections from environmental groups. A biogas plant and feeding towers were spared from the fire. The LFD also talks to the village about supplying residential buildings with electricity and heat, said Beke-Bramkamp. Because of the increased energy costs, the LFD is also planning larger photovoltaic systems at several company locations.

State Minister of Agriculture Till Backhaus (SPD) had visited the burnt ruins and confirmed compliance with the control obligations. He had arranged that a new building would only be possible with the consent of the municipality. The minister had brought up a "model system 4.0" as the basis for soil-based agriculture with two livestock units per hectare, state-of-the-art stables and scientific support.

According to the LFD, it has 400 employees in 11 farms in Saxony-Anhalt, Bavaria, Mecklenburg-Western Pomerania, Thuringia and Brandenburg, where there are a total of 55,000 sows. 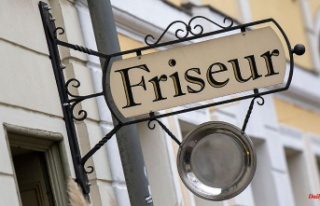