In Congress, his opponents are tearing him apart because of the uprising on January 6, 2021, and they are electrified by the Supreme Court's ruling on abortion rights. 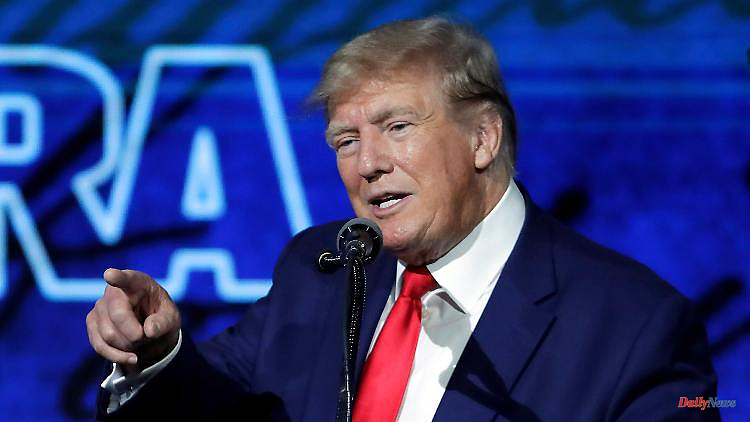 In Congress, his opponents are tearing him apart because of the uprising on January 6, 2021, and they are electrified by the Supreme Court's ruling on abortion rights. Now ex-President Trump is considering an unusual counter-strategy: to declare his intention to return to the White House before the congressional elections.

One of the most important questions in political Washington since 2016 has been: What is Donald Trump doing? The current answer: He is preparing his presidential candidacy for 2024. The ex-president has done so for some time, but according to US media he is considering announcing his candidacy later this month. Far from all Republicans, and not even all in his own camp, agree with such an unusual move. There are also great doubts among party colleagues that Trump would be the best candidate for the party.

Announcement would come unusually soon; After all, the first congressional elections are in November. Several senior Republicans would wait at least until then. Would Trump's shadow distract the grassroots from the midterms, even hurt Republican nominees for the House and Senate? Or electrify the base and drive it to the polls?

Applicants usually sound out their chances well in advance, which has to do with the financial outlay. If you don't manage to collect enough donations, you can't afford a costly election campaign. Trump does not have this problem, around 100 million US dollars are already waiting for their use. Not to be underestimated is the willingness of his base to donate. Trump is considering the move to underscore his claim to leadership among Republicans and draw attention to possible rivals, writes the New York Times.

The increased activity in Trump's camp has therefore lasted for several weeks. Most recently, he is said to have told advisors that he was considering announcing his application without advance notice via social media. Accordingly, his employees should already put together a basic election campaign team in a hurry. The reason for the rush is said to be the public hearings of the investigative committee in Congress. He is currently trying to publicly discredit Trump. The Justice Department is also on the lookout for evidence of a potential indictment.

During the interviews broadcast on US television about the storming of the Capitol on January 6, 2021, Trump was made serious allegations, disturbing details came to light, and the picture of an irascible would-be autocrat sometimes emerged. The ex-president is accused of not preventing or even actively promoting the uprising of his supporters. According to Cassidy Hutchinson, a White House aide, Trump knew the protesters were armed and was keen to walk with them to the Capitol.

The committee also includes insider Trump critics Liz Cheney and Adam Kinzinger. The panel could even hand over its investigations to the public prosecutor. The committee has already referred several cases to the department, which is also headed by the US Attorney General. Former right-wing presidential whisperer Steve Bannon, for example, refused to testify before Congress and could face jail. "Ultimately, the Justice Department decides that," Cheney said. As with Trump's chief of staff, Mark Meadows, against whom prosecutors have not instituted proceedings.

According to Hutchinson, various employees in the White House were aware that the explosive situation on January 6 could lead to legal consequences. Legal adviser Eric Herschmann, for example, warned Trump against using "fight" and other words in his speech before the uprising. Trump's adviser Pat Cipollone told Hutchinson that "we will be charged with every crime imaginable" if his staff allowed Trump to walk to the Capitol with his supporters. It could then appear that the President is inciting insurrection or supporting voter fraud.

Attorney General Merrick Garland said prosecutors at his home are closely following the Jan. 6 congressional hearings. The department is looking for evidence and leads to a possible indictment. More than 800 people involved in the uprising have already been charged. "We look at the crimes and work our way up," Deputy Attorney General Lisa Monaco said. Many Democrats are convinced that they will find Trump at the top.

The ex-president is still in the public eye, but not as much in the spotlight as he used to be. The declaration of intent for a candidacy would be a counter-strategy for more attention and greater influence on the media discourse and thus possibly on public opinion. The ex-president has been banned from various social media outlets, including his former mouthpiece, Twitter. His self-founded social network "Truth Social" does not exist for all platforms and is an echo chamber of his base.

It is unclear if and how much impact the January 6, 2021 hearings will have on public opinion. Trump is still by far the most popular possible presidential candidate among Republicans in polls: 55 percent recently told the pollsters at Emerson Polling that they would support his nomination. Trailing behind is Florida Gov. Ron DeSantis with 20 percent. If Trump were to run against Joe Biden again, he would be 44 percent ahead of the US President, for whom 39 percent would vote. Responses were collected on June 28th and 29th. The last public hearing at which Hutchinson appeared was on the 29th.

Should the Justice Department actually indict the ex-president, this could prevent Trump from another term in office. According to the constitution, no one may be sworn in who has previously been guilty of an insurrection or rebellion against state institutions or "has favored or helped their enemies". This is exactly what the investigative committee wants to prove. A trial would take place in regular civil courts.

Some Republicans fear that a declared candidate Trump could significantly worsen their chances of success in the congressional elections. According to the New York Times, his son Donald Trump Junior advises the ex-president to first build a more powerful campaign team. His father should need that. Even the conservative decision of the Supreme Court to give the states a free hand when it comes to abortion rights has led to a significant dent in the Republican poll. The Democrats could use a possible application from Trump to mobilize his opponents and their own voters. 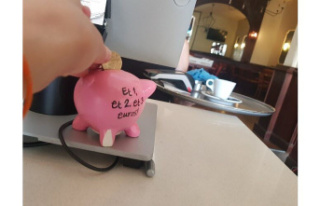 Drome "From year to year the amount of tips decreases":...