After the election, the CDU will meet for initial talks with the FDP and the Greens. 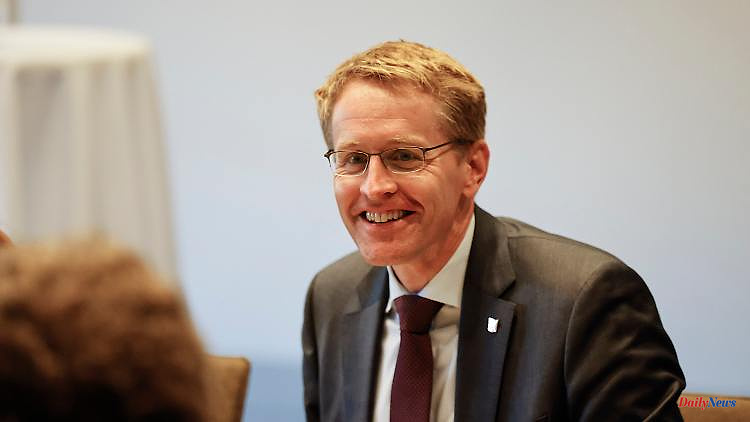 After the election, the CDU will meet for initial talks with the FDP and the Greens. Prime Minister Günther would like to have both back at the cabinet table. These, however, staunchly promote two-party alliances. But they indicate that they want to change their minds.

A good week after the state elections in Schleswig-Holstein, exploratory talks on the formation of the future state government began in Kiel. During the course of the day, the leaders of the CDU met Prime Minister Daniel Günther in two separate rounds to exchange views with the Greens and the FDP. Günther called both talks "extremely good" and announced a decision by the CDU on the further coalition-building process "in the course of this week".

After the meeting with the FDP representatives, Günther said in Kiel that the continuation of the three-party coalition of CDU, Greens and FDP that has governed in Kiel since 2017 is "in principle" still his party's preference. The broad alliance has solved social conflicts and offers a "real opportunity" for the next few years. At the same time, the CDU wanted a "resilient alliance" and, as the strongest force, a "clear CDU handwriting" in the future government.

Following their talks with the CDU, the Greens and the FDP clearly came out in favor of two-party alliances between their parties and the Christian Democrats. At the same time, both emphasized their general willingness to talk about other constellations.

FDP country chief Heiner Garg said his party had a "very clear preference" for black and yellow. There is a clear majority for this in the state parliament. The FDP remains "open" to Jamaica. The Greens made similar statements after their meeting with the CDU. The party leadership "quite frankly and honestly" has a "preference for black and green," said co-negotiator Aminata Touré. However, she was "ready to talk" about "other constellations".

In the May 8 election, the CDU and the Greens made significant gains. The Christian Democrats were by far the strongest with 43.4 percent, the Greens followed in second place with 18.3 percent according to the preliminary result. The FDP lost votes and came to 6.4 percent. The CDU could form a two-party alliance with the Greens or with the FDP. Before and after the election, however, Günther campaigned for a continuation of the previous Jamaican coalition.

According to him, the executive state board of the CDU will discuss the exploratory talks with the Greens and the FDP on Wednesday and decide how to proceed. There will be a quick determination with whom further talks to form a government will be held, said the Prime Minister and CDU state leader. The country needs an effective government quickly. A result of the soundings will be presented "in the course of this week".

1 Interview with SBU legend Körbel: "The finale... 2 FC Bayern is simply bored: the Bundesliga gets scared 3 At the age of 46: DBB legend Ademola Okulaja is dead 4 After the massacre in Buffalo: Biden criticizes the... 5 "Know the sound of guns": US metal singer... 6 Because of suspicion of abuse: Johnson's party... 7 Star chef threatens Eton Mess: Jamie Oliver demands... 8 US circles on the flight recorder: Boeing deliberately... 9 Strained relationship with Kyiv: Macron promises more... 10 The day of the war at a glance: fate of Azovstal prisoners... 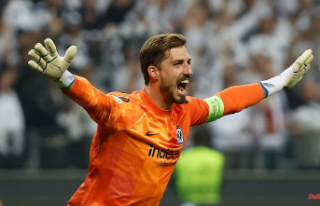