Saxony-Anhalt: Day-long deployment of the fire brigade at the pulp mill ended

Arneburg (dpa/sa) - After the fire on the site of the pulp mill in Arneburg in the Stendal district, the fire brigade's day-long deployment is over. 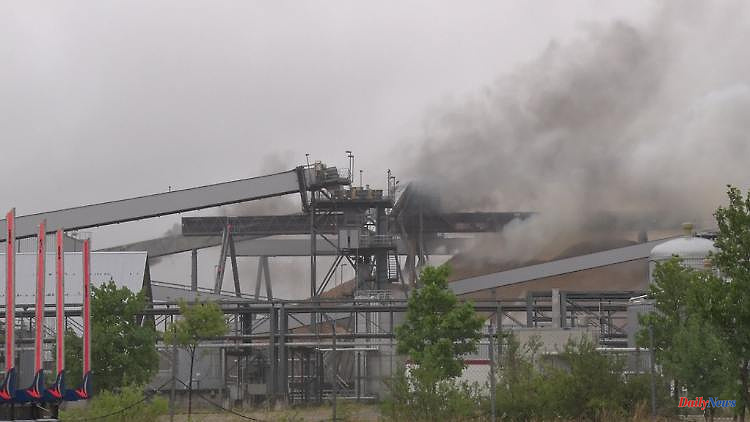 Arneburg (dpa/sa) - After the fire on the site of the pulp mill in Arneburg in the Stendal district, the fire brigade's day-long deployment is over. The last remaining external emergency services left the factory premises on Wednesday, the company said. In the past few days, the focus had been on possible hidden embers. The entire area was watered around the clock to prevent the fire from flaring up again, it said. In the morning there was a message that the fire was out, said a spokesman for the fire brigade.

Last Friday, two conveyor belts caught fire, presumably as a result of a lightning strike and a subsequent technical defect. The flames then spread to a pile of wood underneath, which consisted of wood chips. The tapes are outdoors. According to initial estimates, the property damage is between two and three million euros.

As a safety measure, operations had been shut down. After the extinguishing work has been completed, the goal is to restart production as quickly as possible, the company said. "The repair of the affected wood chip storage and conveyor systems will be initiated immediately," it said. Other production areas are not affected and are operational. Therefore, according to the information, temporary solutions are being worked on. In the pulp mill, pulp for the paper industry is made from the wood chips. 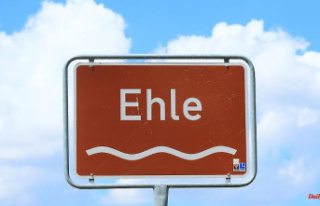 Saxony-Anhalt: Groundbreaking for a new bridge over...