Swedish princess turns 40: Nobody is more unpopular than Madeleine

Again and again Princess Madeleine makes headlines, but these are rarely positive. 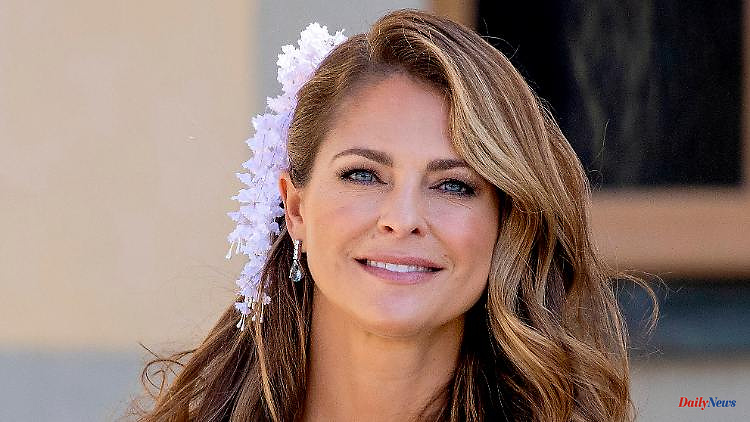 Again and again Princess Madeleine makes headlines, but these are rarely positive. The mother of three is the most unpopular royal among the Swedish people. Now she is celebrating her 40th birthday in her adopted home of Florida.

An attractive young woman. Well married, happy mother of three children, respected at work - and with a sonorous title: Her Royal Highness Madeleine, Princess of Sweden, Duchess of Hälsingland and Gästrikland. In their adopted home of Florida, where people have been very receptive to the pompous not just since Donald Trump and his princely summer residence Mar-a-Lago, it makes quite a difference. But there she is simple: Mrs. Madeleine O'Neill.

There are said to be people in the vicinity who have no idea that the nice Mrs. O'Neill is a real king's daughter: Madeleine Thérèse Amelie Josephine, her full baptismal name, is named after her siblings, the 44-year-old Crown Princess Victoria and the 43 year-old Prince Carl Philip, the baby of the Swedish monarch couple King Carl XVI. Gustaf and Queen Silvia. This Friday she celebrates her 40th birthday.

It hasn't always been easy for the eighth heir to the Swedish throne. The Swedish public apparently had a special interest in the private life of the youngest royal princess. Due to her lavish lifestyle and many parties, her capricious behavior was criticized. Conservative circles in particular were enraged by the pictures that were obviously taken while she was studying at Stockholm University. "Countless photos of the nightlife in the exclusive Stockholm clubs showed the princess dancing in front of tables overflowing with drinks. She was a woman of the world, often photographed with a lot of bare skin and her changing friends, all boys from a good family, with fine suits and slicked-back half-length hair was," reported the "Berliner Morgenpost".

In the case of Princess Madeleine, external appearances were mainly noticed and commented on. In 2002, at the age of 20, she fell in love with the attractive Swedish lawyer Jonas Claes Bergström. When the couple spent a few months in New York, it was initially classified under the jet set attitude category. On the other hand, little was reported about her six-month internship at Unicef ​​to prepare for her work in the children's aid organization "World Childhood Foundation" founded by her mother.

As a progressive society, Swedes are known to think little of their monarchy. However, in a poll asking which of the royals was the most trustworthy, Madeleine came out the worst. While her sister Victoria was 54 and her father Carl XVI. Gustaf came to 10 percent, nobody could warm to Madeleine with actually 0 percent.

She became engaged to Bergström in 2009. The preparations for the wedding had already started when the Swedish royal court announced the dissolution of the engagement on April 24, 2010. Previously, Norwegian handball player Tora Uppstrøm Berg had claimed in the tabloids that she was having an affair with the princess' fiancé. Fleeing the ensuing media frenzy, Madeleine flew back to the United States to work at the Childhood organization's New York office. Through friends she met and fell in love with the wealthy British-US investment banker Christopher O'Neill.

He remembered getting to know each other on the Norwegian-Swedish talk show "Skavlan" in 2015 and said it was part of his work "that I can assess people immediately. With Madeleine I saw these eyes, this charming smile. She is very open person, very honest, very accommodating and very sweet." And Madeleine was certain that she had finally found her prince charming. She raved about his humor, charm, looks, attention and generosity. "He's a true gentleman," she said.

The engagement was announced in October 2012. Nine months later, a lavish wedding was celebrated in the Royal Palace in Stockholm. The couple's three children were born in quick succession: 2014 daughter Leonore, 2015 son Nicolas, 2018 daughter Adrienne.

The public displeasure was later transferred to Chris O'Neill. For one thing, annoyed by the hype of the paparazzi, he gave some photographers the middle finger, which made him look like a bully. On the other hand, on the occasion of the wedding, O'Neill had rejected Swedish naturalization and an elevation to the nobility with the appointment as Prince of Sweden. "I have no desire to gain any fame, nor do I have any advantages in my job," he told "King" magazine in 2018. As aristocrats, he would not only have more representative tasks in Sweden and therefore less time for business had in the US. He would also have run the risk of no longer being able to pursue some transactions due to possible conflicts of interest.

When the young family then moved to Florida, where Chris O'Neill goes about his business and Madeleine is honorary chair of the "World Childhood Foundation", the resentment of the Swedish population grew. Madeleine was accused of not being able to fulfill her representative duties for Sweden by moving. Despite this, she continued to receive her appanage, a financial injection that members of the royal family receive annually and which covers various costs. As the criticism grew louder, the king obliged his youngest daughter to travel to Sweden more often to continue getting money.

Most recently, her absence on her father's birthday and especially on Sweden's national day on June 6 was criticized. In the past two years, she had at least posted Instagram posts with photos of her three children holding Sweden flags in their hands. This year even these greetings were missing. Princess Madeleine is also celebrating her 40th birthday in the USA, as Margareta Thorgren, head of information at the court, told the magazine "Svensk Damtidning". She is planning her next trip home for the end of June.

As can be seen from the latest annual report from the Swedish royal family, Madeleine's appanage has now been completely removed. While her parents received eight million Swedish crowns (around 760,000 euros) and her sister, heir to the throne Victoria, 4.5 million crowns (430,000 euros), her name no longer appears in the table. She herself welcomes the decision, Madeleine said via Instagram. 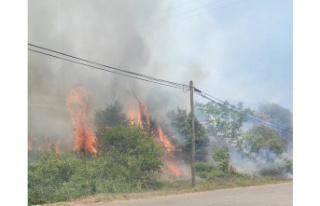