Swiss. A world-first, an albino Galapagos giant tortoise was conceived in a Zoo.

The baby has white skin and bright red eyes. 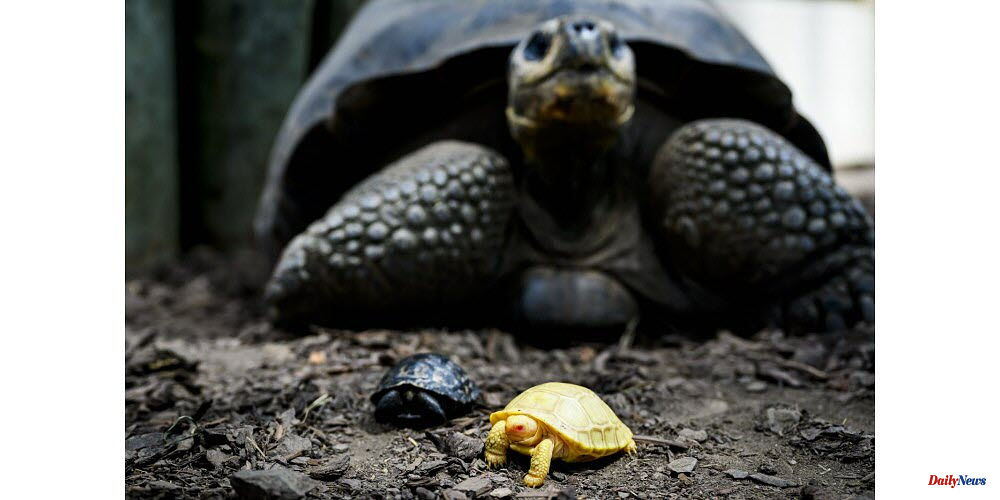 The baby has white skin and bright red eyes. This is according to the Swiss Zoo owner, who said that the happy event was the first time an albino Galapagos giant tortoise has been seen in captivity. Visitors to the Tropiquarium in Servion, a Swiss village located just a few km from Lausanne, could see it for the first-time on Friday.

Philippe Morel, the park's owner, rejoices at the sight of a small group of schoolchildren gathered in front of the terrarium window where the specimen is kept "of incredible zoological importance". It is about a month old and weighs approximately fifty grams.

Galapagos giant tortoises, Chelonodis Nigris, have a life expectancy of two centuries. They are classified as vulnerable species by the International Union for Conservation of Nature. There are approximately 23,000 of them. The archipelago is home to approximately 23,000 individuals. Albinism is a genetic condition that causes the skin to be dull and the eyes to become bright red. It can also cause loss of sight and hearing. This species' skin and carapace are usually black in the wild.

According to the park owner, an albino turtle's lifespan in the wild would be very short due to its white skin which attracts predators. However, he believes that his baby, who is still unidentified, will grow normally at home. It's amazing how high she can climb! The park's owner exclaims, Thomas Morel, her son and animal manager at the park, adds, "She's even more active than the others," pointing out the black newborn in the litter.

This is an exceptional birth in many ways. These turtles can weigh up 200 kilos as adults and have difficulty reproducing. The success rate for couplings is around 2 %. This is a characteristic that emphasizes the importance conservation efforts. Currently, three zoos around the world, two in Switzerland, have been able to get a birth in this particular animal.

1 "Have a safe trip to the moon": Biden scoffs... 2 Title defense is possible: U21 books EM ticket, but... 3 Overcrowded train stopped: 9-euro ticket with baptism... 4 Seeon. A fire breaks out in an attic of a house 5 End of research in Brazil following the floods at... 6 The day of the war at a glance: Scholz leaves Kyiv... 7 Nations League! Nations League!: Flick's World... 8 Baden-Württemberg: Tsitsipas plays in Stuttgart for... 9 Baden-Württemberg: Ludwigsburg's basketball... 10 High mountains. Vallouise - Pelvoux: La Passa offers... 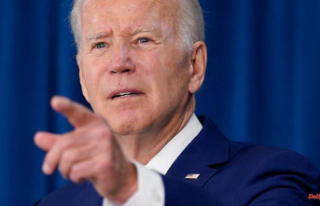 "Have a safe trip to the moon": Biden scoffs...