The cut of Russian gas to France in four questions

Will the Russian gas trap close in on Europe? For several days now, a number of European countries have been announcing lower deliveries from Russia. 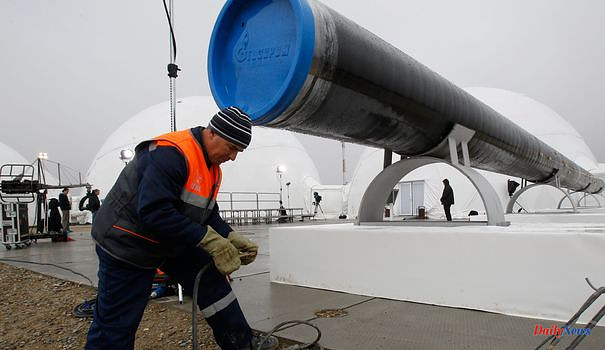 Will the Russian gas trap close in on Europe? For several days now, a number of European countries have been announcing lower deliveries from Russia. Austria, Italy, Germany, and, since Friday, June 17, France... The Kremlin is continuing its strategy of destabilizing European economies by playing on the gas lever. Can the Russian president succeed? L'Express answers this question in four points.

It's no secret. Since winter and even before the start of the invasion of Ukraine, Vladimir Putin's Russia and its gas giant Gazprom have been using gas deliveries to Europe as a retaliatory measure aimed at dividing and destabilizing the Twenty- Seven in their support policy in kyiv. Since the salvo of sanctions taken by Europe in recent days, these are also at a historically low level. Over the past week, deliveries reached 1.5 billion cubic meters, a historic low, since, as this graph from the Brussels think-tank Bruegel illustrates, the previous low was around 2.4 billion.

Russian gas deliveries to Europe are at an all-time low

After the ruble payment blackmail put in place by Putin at the end of March, some countries that had not opened an account to pay in Russian currency saw their gas deliveries cut off as a form of retaliation. Many energy companies, such as the Italian giant Eni but also the French Engie or the German Uniper, had ended up complying with Vladimir Putin's request by opening accounts in rubles. Regardless, they too are now affected by the drop in delivery. On Thursday June 16, for example, the Austrian OMV was worried about a drop in gas deliveries from Russia, while Eni announced that Gazprom would only deliver barely 65% ​​of the quantities of gas requested for the day, after having reduced its day-ahead deliveries by 15%. On Wednesday June 15, it was Germany or Engie who noticed a drop in gas deliveries via the Nord Stream 1 gas pipeline. And at the end of the morning on Friday June 17, the French gas transport manager, GRTGaz, even came to announce the interruption of the "physical flow between France and Germany" on the delivery of gas.

For its part, Gazprom argues technical problems, in particular at the Portovaïa compressor station, causing difficulties on the Nord Stream 1 gas pipeline. "We, Germany and other (countries), think that these are lies" , explained Thursday Mario Draghi, the president of the Italian council. “There is in fact a political use of gas, just like there is a political use of wheat,” he railed. “No one is fooled, the coincidence of restrictions in Germany and Italy coincides with the visit to Ukraine of the two leaders and Emmanuel Macron”, indicates Phuc-Vinh Nguyen, expert at the Energy and Climate Center of the Jacques Delors Institute. . "Putin is keeping prices artificially high. During the oil negotiations, he understood the difficulty for the 27 to come to an agreement. He is playing on the lever of division with à la carte cuts. In two weeks, he could very well increase the volumes to release the pressure and remind who is the real decision-maker on these questions”, judges the expert.

This deliberate increase in the price of gas also allows the master of the Kremlin to compensate in value for the decline in volumes of gas sold on European soil. No doubt he understood that European countries would not go back and would do everything to no longer be dependent on Russian gas, even after the conflict in Ukraine. This encourages him to reap the maximum profits today.

Immediately after announcing the disruption of gas supplies from Russia, GRTGaz did not fail to recall that flows had been reduced by 60% since the start of the year, and that the only import point by gas pipeline was already operating at only 10% of its capacity. The French manager also indicated that the hexagonal stocks were filled up to 56%, against 50% usually on the same date. And this, thanks in particular to the colossal imports of liquefied natural gas (including Russian) in recent weeks. On the side of the Ministry of Energy Transition, we also want to be reassuring this Friday. "This reduction in deliveries does not jeopardize our country's security of supply. We have the means to meet our gas needs thanks to the gas deliveries we receive from other countries, our LNG terminals and our stocks constituted", judges Minister Agnès Pannier-Runacher.

France is unique in that its consumption is very seasonal. It also depends on Russian gas for only 17% of its imports. On the side of the minister's office, it is also explained that stocks are filling up "at the expected rate" despite these cuts on the Russian side. Specialists are less optimistic. "It's very boring for this winter but it was expected. The storages are more than 50% full: it will take an effort to go up to 90% and spend the winter serenely. The savings are in order", judge Nicolas Goldberg, energy expert for Terra Nova and Colombus Consulting.

As for the rest of Europe, the subject is more problematic. Italy and Germany, which before the crisis imported respectively 40% and 55% of their gas from Russia, are in a delicate situation. At European level, stocks are 52% full according to data from the manager, which rules out the risk of an immediate shortage. "The problem is that Europe is going to have to draw from these stocks now, at least temporarily, with the heat wave that is hitting the continent. It is indeed necessary to supply the air conditioners which run with electricity, 20% of which is produced from gas," said Phuc-Vinh Nguyen.

Faced with these drops in deliveries under contracts concluded with European energy companies, can the latter turn against Gazprom? Thursday, June 16, on the sidelines of an international summit, the boss of the Russian giant, Alexei Miller, defended the strategy of his group. "Our product, our rules. We do not play by rules that we have not enacted", he judged in reference to European sanctions.

For the two experts interviewed by L'Express, a legal route is possible, but it is not easy. "It will take years," predicts Nicolas Goldberg. "The procedure would be long, and would require an investigation on Russian soil to verify the technical problems, which will not be allowed by Putin. Finally, there is nothing to indicate that in the event of a conviction, he will pay", judge Phuc- Vinh Nguyen from the Jacques Delors Institute.

In the absence of Russian gas, European countries will naturally turn to their Norwegian or Algerian partners to increase deliveries by gas pipeline, as well as international partners such as Qatar or the United States to increase deliveries of liquefied natural gas. But the context is very constrained. "LNG cannot replace everything", points out Nicolas Goldberg from the outset. Indeed in its most optimistic forecasts, Europe hoped to recover up to 60 billion cubic meters this year thanks to LNG, compared to 155 billion imported from Russia.

For Phuc-Vinh Nguyen, the situation is now also critical with regard to LNG. “It is becoming more expensive due to an accident at a factory in the United States which will be out of service for three months. This will limit the export volume. To this must be added the deconfinement in China which will boost the request. The cocktail is explosive", he observes. Competition between Europe and the Asia-Pacific region for imports of liquefied natural gas will also have repercussions on greenhouse gas emissions, as this LNG is more emissions-intensive than gas transported by pipeline. . If the Asian countries do not get the LNG sent to Europe, they also risk running their coal-fired power stations at full capacity to produce electricity. Here again with a particularly harmful effect on the climate.

Also, the two specialists are campaigning today for a mobilization campaign to reduce consumption in Europe thanks to the lever of sobriety and energy efficiency. "The only answer is sobriety and the energy transition with the acceleration of the Green Deal", insists the deputy and president of the Environment Committee in the European Parliament Pascal Canfin. "Savings are essential. Let's act like an ant rather than a cicada or we will find ourselves completely deprived when the wind blows", concludes Nicolas Goldberg. 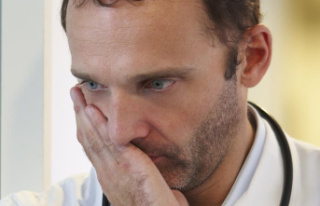 "In Germany, too, the inhibition threshold is...