"The Lion's Den": Rich Rock'n'Roll and the double Dummel

Glittering riding aids, rocking scents from the Ruhr area and a lion that can't get enough of it and grabs another big one: At the finale of the eleventh "Die Höhle der Löwen" season, founders and investors are once again really flat out. 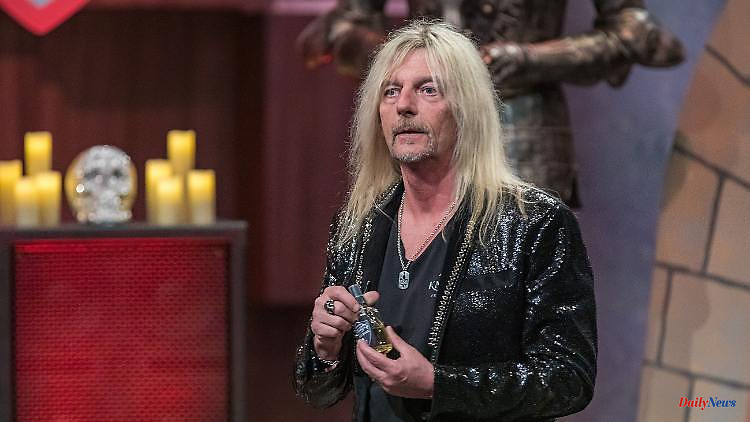 Glittering riding aids, rocking scents from the Ruhr area and a lion that can't get enough of it and grabs another big one: At the finale of the eleventh "Die Höhle der Löwen" season, founders and investors are once again really flat out.

After numerous deals, just as many jumps in the air and some groundbreaking innovations and inventions, the lions invite you to the final pitch adventure for the time being. The eleventh season of "The Lion's Den" is entering the home straight and millions of hobby jet engines in front of the television sets are wondering: Which founders are getting the latest deals?

The two fitness nerds Moritz Lienert and Julian Fuchs from Berlin are the first young entrepreneurs of the evening who want to make the big leap in front of the investors. With the jump rope innovation they brought with them ("Everjump"), the two people from the capital are aiming for nothing less than a "revolution on the market".

The big-dreamed sales plan for the next three years (the founders are aiming for a turnover of 17 million euros in 2025) provides a lot to talk about among the lions. Despite "too ambitious" planning, Georg Kofler agreed to an offer negotiation. Instead of the offered ten percent of the company's share, the Tyrolean demands 25.1 percent of the shares for an investment of 200,000 euros. The founders make a counter offer. However, Georg Kofler is not willing to work with 15 percent of the company shares. So nothing will come of the first deal of the evening.

The skipping ropes aren't all packed up yet when the next founding team gallops into the lion's den. Accompanied by a proud horse and her committed daughter, riding instructor Alexandra Knabbe from Loxstedt would like to inspire investors for her self-made "Stable Magic Wand". When the reins are taken up, this ensures more balance and an "equalized and pain-free" interaction between rider and horse. In contrast to Carsten Maschmeyer, who withdraws prematurely from the pitch discussion due to a horse hair allergy ("Do I already have red eyes?"), Regale king Ralf Dümmel is immediately on fire: "We'll really pull it off!", promises the hamburger of the visibly touched founder.

Once up and running, the DS boss strikes again two commercial blocks later. After a "very courageous" (original sound by Carsten Maschmeyer) deal offensive by Dagmar Wöhrl, based on an interactive overhead collaboration with the three restaurant projector experts Mihai Dumitrescu, Julian Meier and Dr. Siwanand Misara from Kassel ("lampix") lets in, Ralf Dümmel jubilantly throws his fists in the air after the pitch from "Rollyz Berlin" managers Geza Lakatos and Jan Nordhoff. With his second deal of the evening in his pocket, Ralf Dümmel is again at the top of the "Most Deals" podium after this season. Congratulations on that!

What remains is perhaps the most bizarre, but definitely loudest pitch of the eleventh season. A certain Axel Rudi Pell, a Ruhrpott rock'n'roll string magician and "Wacken" permanent guest, has announced his presence in the Löwenhöhle. The rocker with the platinum blond mane not only brought along a few rich hard rock power chords, but also five good-smelling wooden treasure chests. The boxes contain the self-created fragrance of five different perfumes, which are intended to cause a sensation not only in the metal scene under the rocking "Knights Fragrances" banner.

The brands "Noble Forest", "Shine", "Castle Haze" are not yet commercially available. But Axel Rudi Pell is certain that the striking fragrances can be marketed very well. With over two million records sold worldwide and a discography that stretches back to the 1980s, the author ultimately acts as the perfect advertising figure.

After sniffing the goods they brought, the lions give all available thumbs up. But it is not enough for a cooperation. "The fragrances are not quite ready for the market yet," explains Judith Williams. The rocker takes it easy: "It's not bad, it's actually just a side project alongside the music," grins Axel Rudi Pell. Carsten Maschmeyer says goodbye to the hard rock veteran from Bochum with a hearty "Keep on rocking!" to. We agree. Take care, dear lions! We'll see each other again at the beginning of the twelfth season. 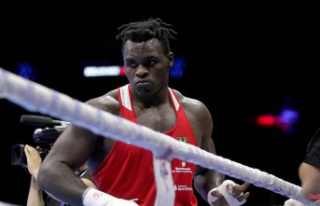