Vip Vip, hooray!: The date for the Becker-Pocher trial has been set

Boris Becker takes Oliver Pocher to court, Harald Schmidt names the amount of his measly pension and Natalia Klitschko and her husband Vitali go their separate ways after 26 years together. 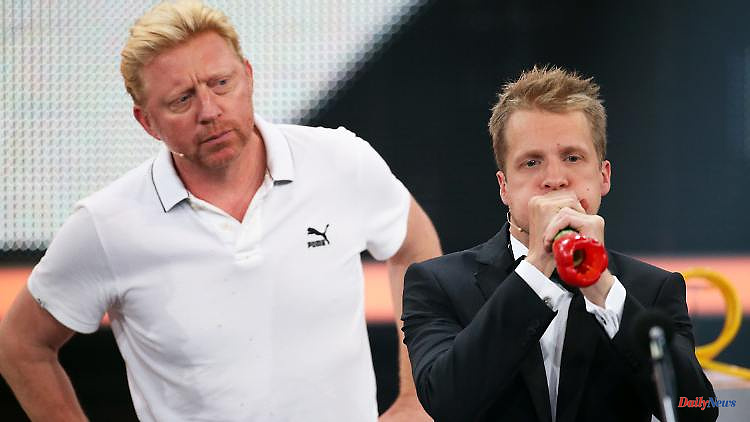 Boris Becker takes Oliver Pocher to court, Harald Schmidt names the amount of his measly pension and Natalia Klitschko and her husband Vitali go their separate ways after 26 years together. Vip Vip, Hooray! Celebrity Week at a Glance.

"It has nothing to do with permitted satire. There is a fine line between charming wit and impudence," says Boris Becker's lawyer. In his opinion, Oliver Pocher violated his client's personal rights. What happened? Pocher has always been known for his gags, which often dance between humor and insults. Not taking himself too seriously and making fun of others seems to be his credo. And not just since his RTL show "Pocher - dangerously honest!", In which the comedian once let his archenemy run up according to all the rules of the art.

Not only did Pocher make fun of Becker's financial misery with the call for donations "Make Boris rich again": According to his lawyer, he also duped the tennis legend in front of the camera. Pocher had presented the fallen tennis star with a self-invented prize, which the ex-athlete gratefully accepted.

It is no secret that the two have been at loggerheads since Pocher's relationship with Becker's former fiancé "Sandy" Meyer-Wölden. The date for the lawsuit is now set. On November 15 it will become clear whether the comedian has actually violated the personal rights of the three-time Wimbledon winner, who is currently serving a prison sentence for delaying bankruptcy.

It's almost always and everywhere about money. However, as the late night icon announced this week, Harald Schmidt should not be able to get anything – at least as far as his “mini pension” is concerned. It's pretty measly, although the entertainer, in his own words, "paid in for 15 years". It seems to be the classic lot of the freelancer that only "272 euros" jump out. The cult moderator, who of course doesn't have to worry, takes it with humor: "I'll collect it, too, I've paid in, I'm entitled to it. (...) That's not alms, that's a deal , which I did with the state. Bring it on!"

Schmidt, who is celebrating his 65th birthday these days, repeatedly triggers reminiscences of his time as a late-night talker with his sayings. The "Harald Schmidt Show", which made TV history in the mid-1990s and is still unrivalled, ran on Sat1. Today it is due to the lack of ideas on the part of the TV makers that they do not try to win someone back for the program like Harald Schmidt, but instead resurrect the "afternoon talk with Britt".

A message came this week but then suddenly. After 26 years of marriage, Natalia and Vitali Klitschko are getting divorced. The two, whose marriage was considered a picture book by many, are said to have been separated for quite a while. In March of this year, the former model sat on Markus Lanz's program and reported on her husband's life since the outbreak of the Ukraine war. While he was there as mayor of Kyiv, her 72-year-old mother and von Klitschko's mother-in-law left the country in a panic. Natalia, who lives in Hamburg with her children, described the days of the escape as "the worst week of my life."

We have to say goodbye to Wolfgang Petersen this week. The exceptional German director gained international fame with hit movies like "The Boat" and "The Neverending Story". Although Petersen had long lived in Los Angeles, he was not immune to occasional homesickness. He once said that this feeling triggers in him "a sentimental tendency towards bourgeoisie." He then cooks "German food and listen to Heino!" When asked if he would shoot in Germany again, he once replied: "I would have to be crazy to return to this country of state-sponsored zero films at the peak of my success!" For the film "Four Against the Bank" with Til Schweiger, the man from Hollywood made an exception in 2016. Wolfgang Petersen died of cancer at the age of 81. 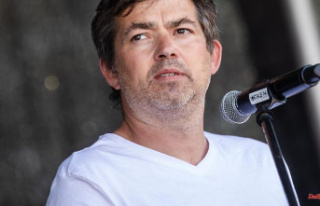