War goals remain unclear: why Scholz does not speak of Ukraine's victory

Once again there is a formulation that Olaf Scholz absolutely does not want to put into his mouth. 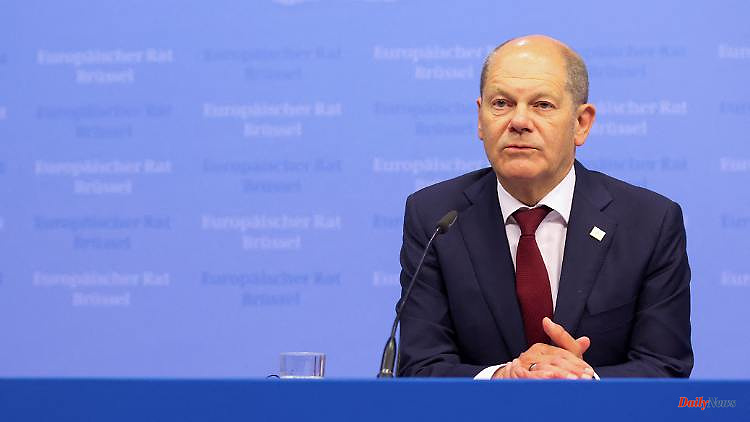 Once again there is a formulation that Olaf Scholz absolutely does not want to put into his mouth. Unlike with Nord Stream 2, however, this time the Chancellor is by no means the only one who does not claim a Ukrainian victory as a war goal.

In May, a commentary by the "New York Times" caused an international sensation. In it, the newspaper called on US President Joe Biden to formulate his war goals more clearly - among other things, so as not to lose the approval of the Americans. There is a similar debate in Germany. Here it is mainly about what Chancellor Olaf Scholz does not say.

On Monday evening it was time again: Scholz was dizzy. He was asked on ARD why he didn't say that Ukraine had to win the war. Scholz replied that the goal is "that Ukraine can defend its own country, its integrity and sovereignty, and that Russia does not win this war". The next day, the "Bild" newspaper published answers it had received from cabinet members when asked whether Ukraine should win the war. Only the ministers of the FDP answered with a clear "yes". The well-known statement came from Scholz. "Russia must not win this war."

Scholz repeatedly emphasizes that his stance is "clear". But she is not. This makes the chancellor vulnerable. In the general debate in the Bundestag, Union faction leader Friedrich Merz asked why Scholz did not say that Ukraine had to win the war and that Russia had to at least withdraw behind the contact line from before February 24. "Why don't you say it?" asked Merz. "Is there a second agenda?" CDU defense politician Roderich Kiesewetter even accused Scholz of not wanting Ukraine to win. The military expert Gustav Gressel criticized that Scholz always only reacted to pressure: "to the pressure from the Americans, the NATO allies, the EU and the coalition partners".

These allegations relate primarily to Germany's hesitant arms deliveries to Ukraine. On the rhetorical level, the Chancellor is not as undecided as he is often assumed - at least below the sentence that he absolutely does not say. On ARD, for example, he emphasized that Germany would "support Ukraine for as long as it is necessary".

But how long will that be necessary, what are the goals of the war from the Chancellor's point of view? In his speech on May 8, Scholz was comparatively clear: "Putin will not win the war. Ukraine will survive. Freedom and security will triumph - just as freedom and security triumphed over bondage, violence and dictatorship 77 years ago." What that means exactly, Scholz keeps to himself.

Others do it differently, not just FDP ministers. "We want Ukraine to win this war," said EU Commission President Ursula von der Leyen at the World Economic Forum in Davos. NATO Secretary General Jens Stoltenberg has stated that this goal is possible: "Ukraine can win this war," he said. And the speaker of the US House of Representatives, Nancy Pelosi, announced after her visit to Kyiv: "We stand by Ukraine until victory is achieved."

Foreign Minister Annalena Baerbock acknowledged the Commission President's statement on Deutschlandfunk, but without repeating her own words: "Yes, we want that too," said the Greens politician. In her answer to the question of why she and the chancellor didn't say the same thing, Baerbock made the well-known speaking points: Ukraine must be put in a position to be able to defend itself, Russia must not win this war. "That means Ukraine must be able to win."

Baerbock almost sounded like Scholz - only almost, because "Ukraine must be able to win" has not yet been heard from the Chancellor. For Scholz, this seems to be the new "Nord Stream 2": the sentence that must not be said. Because it's not the first time that Scholz has shied away from a clear definition with regard to Ukraine. For a while he couldn't bring himself to use the term "heavy weapons", preferring to use the term "weapons with a significant impact".

His dance around the term "Nord Stream 2" became almost legendary. Two weeks before the Russian invasion of Ukraine, Scholz stood next to the US President in the White House. Everyone knew that if Russia attacked Ukraine, the gas pipeline would not go into operation. Scholz, however, refused to say so. He acted as if the threat was more effective if the tube's name was not mentioned. The performance was somewhat absurd, because Biden did not play the game: If Russia crosses the border to Ukraine with tanks and troops, "Nord Stream 2 will no longer exist," he said simply.

Back then it was still about preventing a war - now it's about ending it. But when is a war over? When will the point be reached where it is clear that Putin will not win and Ukraine will survive? Much has been said about the sovereignty and territorial integrity of Ukraine. But does that mean that Russia must completely evacuate Donbass and Crimea if there is to be peace? Or is it enough if the Russian invasion forces are pushed back to where they were on February 23?

Scholz avoids such questions by pointing out that there will be no Russian dictated peace and that Ukraine will have to decide in the end. This is probably also due to the fact that war aims change over the course of a war. This can be seen most clearly in the Russian approach: Initially, Putin wanted to take Kyiv by storm, depose the government, and subdue the country. That didn `t work. In the meantime, in addition to gaining territory in the east and south, he seems to be concerned with the extensive destruction of Ukraine.

It is striking that Scholz's statements with regard to the western war goals correspond to what Biden says. There were also other tones from the USA. Defense Secretary Lloyd Austin announced in Ramstein that Ukraine believes it can win, "and so does everyone else here." And Biden himself said of Putin in Warsaw, "For God's sake, this man cannot stay in power." But both Austin's announcement and Biden's comment seem like slip-ups in retrospect, especially since the US President's sentence was later qualified by the White House. Unlike Pelosi, Biden has not yet declared that Ukraine should win this war.

This is unsatisfactory for the public, also in the USA. Criticism comes not only from the "New York Times". A columnist for the Washington Post, which is also liberal, accused Biden of not fighting for a victory for Ukraine. The conservative Washington Times commented that Biden did not muster the strength to say Ukraine must win this war.

Biden responded to the criticism with a guest article in the New York Times. In it he writes that the US goal is a negotiated peace and "a democratic, independent, sovereign and prosperous Ukraine" that can defend itself against further aggression. In this text, too, Biden says nothing about a victory for Ukraine. He expressly writes that he will not press the Ukrainian government to make territorial concessions.

The international consensus is "that President Putin must not win his war against Ukraine." The wording is part of a G7 declaration adopted in early May. It doesn't get much more specific than that. What is clear, however, is that without massive arms deliveries from the West, Putin's victory cannot be prevented. Biden therefore not only outlined the goals of the USA in his guest article. He also announced the delivery of modern missile systems.

Addendum: Scholz promised Ukraine a modern missile defense system, the IRIS-T, in the Bundestag this morning. 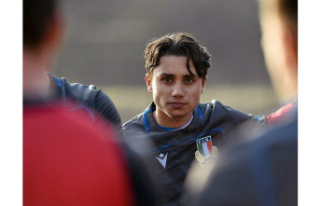 Rugby. Ange Capuozzo will be on his first summer tour...