Alternative for bargain hunters: are LPG and natural gas cars still worth it?

Anyone who pumps diesel or petrol at the gas station today is anything but amused at the bill that has to be paid at the end. 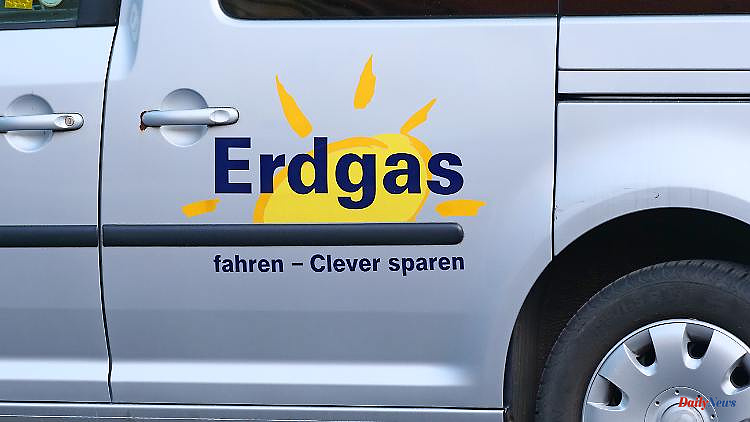 Anyone who pumps diesel or petrol at the gas station today is anything but amused at the bill that has to be paid at the end. But the electric car is not an alternative for everyone. The question arises whether savings can be made with LPG and natural gas vehicles.

High fuel prices could prompt motorists to look for alternatives to diesel and petrol. Apart from electric vehicles, LPG and natural gas vehicles could be an alternative. Both could help save money in certain cases.

Currently, 100 kilometers in an LPG car cost between EUR 6.19 and EUR 7.06, depending on the size of the vehicle, as can be seen from the current energy cost comparison by the Federal Ministry of Economics. In terms of pure energy costs, driving an LPG car is therefore significantly cheaper than running a diesel (from 8.51 euros) or a petrol engine (E5 from 10.64 euros).

LPG, like petrol and diesel, is made from mineral oil and is linked to its price development accordingly - and has also become more expensive in recent months. In principle, LPG prices are more likely to rise in the future. In addition, at the turn of the year the tax relief for alternative fuels expires and the energy tax increases by 2.47 cents per liter to 22.09 cents per liter. Nevertheless, LPG is likely to remain cheaper than petrol for the foreseeable future. The industry association DVFG even expects that the price advantage will last for the life of the car: "In the EU reform of the energy tax rates, the EU Commission wants to give liquid gas tax advantages - unlike petrol and diesel - as a transitional fuel by 2033," says spokesman Olaf Herrmann.

LPG vehicles emit 21 percent less CO₂ per unit of energy than petrol and 23 percent less than diesel. LPG also performs better than liquid fuel when it comes to nitrogen oxides and, in some cases, fine dust. However, the emissions of pollutants and greenhouse gases cannot be completely reduced, just as the dependence on the availability of mineral oil cannot be eliminated. Against this background and the planned European climate goals, it is questionable whether there is a future for LPG beyond 2035.

The number of LPG filling stations in Germany has been around 7,000 stations for years. The supply situation is very good, especially in the west of the republic and around the major cities. The fuel is also available in many neighboring countries.

Only Dacia, Renault and Fiat currently offer LPG models ex works. The surcharge compared to the pure petrol engine is often manageable. Dacia, for example, charges an additional amount of around 500 euros for the small car Sandero, but only offers the LPG car in the higher equipment lines, so that at least 12,250 euros are due. Alternatively, many conventional petrol engines can be converted to LPG by specialist workshops, which costs around 2000 to 4000 euros. In compensation, a reduction in motor vehicle tax is possible if the base vehicle was first registered after 2009.

For whom is LPG worthwhile?

If you are hesitating between a petrol engine and an LPG car, the bottom line is that you can definitely drive cheaper with the LPG vehicle. At least if the surcharge is not too high and enough kilometers are accumulated in the year to benefit from the lower fuel costs. In return, you have to deal with the limited choice of vehicles and a sparse network of gas stations in some regions. However, LPG is definitely financially interesting if you have a collector's vehicle with very high consumption converted. Especially US cars with large-volume naturally aspirated engines are often operated with LPG for cost reasons.

According to the calculations of the Federal Ministry of Economics, natural gas is unrivalled, at least for small and compact cars: 5.93 euros per 100 kilometers are incurred in energy costs in this class, around 5 euros less than with Super. In the middle class, however, electric drive and LPG overtake CNG technology, which at 7.03 euros is still significantly cheaper than petrol and diesel.

Like petrol, diesel and LPG, natural gas has become more expensive in recent months, albeit not as quickly and to the same extent as competing fuels. What happens in the coming months depends on the general availability of natural gas, because energy producers and the chemical industry also need the gas. A noticeable increase in gas station prices by autumn at the latest is not unlikely. At least as far as taxes are concerned, CNG is on the safe side until 2024. Until then, the currently applicable discount will remain in place, after which it will be gradually phased out until 2026.

Natural gas shines above all when it comes to the CO₂ balance, which is 20 to 25 percent better than that of a petrol engine. Compared to diesel, the nitrogen oxide levels are also much lower. Unlike LPG, there is a concrete option for a CO₂-neutral variant in the form of bio-methane, but the alternative fuel is not on the market on a large scale and at reasonable costs. This means that the carbon-containing gas will have a hard time not being left behind on the road to climate-neutral mobility.

Compared to LPG, the availability of CNG at German filling stations is significantly worse. The number of petrol pumps has recently tended to fall further and is currently below 800. In addition, the locations are concentrated in northern and western Germany, while the supply in the north and south-east is sparse. Long tours are only possible with advance planning or with a high proportion of the journey in petrol mode, which negates the cost and environmental benefits.

At the end of the 2010s, the VW group once again launched a natural gas offensive - also to compensate for the falling diesel sales as a result of the emissions scandal. But demand remained low, especially among private customers. However, some models such as the VW Golf, the Seat Arona and the Audi A4 are still available with CNG drive. The prices are usually only a few hundred euros higher than those of comparable petrol engines. In principle, it is also possible to retrofit a natural gas drive, but it is very expensive and complex, so that it is rarely carried out in practice. So the best option for buying a gas car is the used car market. For older models, however, high maintenance costs are to be expected, since the pressure tank test, which costs several hundred euros, is due every three to five years.

For whom is a natural gas vehicle worthwhile?

As with LPG cars, the more you drive, the more the lower fuel costs pay off. With natural gas, however, this is much more difficult to do than with LPG in view of the thin network of filling stations. Natural gas is and was therefore particularly popular for the operation of taxis and similar purposes in the vicinity of the domestic gas station. The uncertain supply situation due to the Russian attack on Ukraine currently speaks against switching to natural gas as a fuel.

Anyone who already drives a natural gas or LPG vehicle can look forward to comparatively low energy costs. Although the prices for alternative fuels are also rising, they remain cheaper to operate than petrol and diesel. Whether a switch is currently worthwhile depends not least on the acquisition or conversion costs. If the difference to a normal combustion engine is small and the driving performance is high, switching to gas can be worthwhile. In the long term, however, no combustion car should be suitable as an economical vehicle, both in terms of energy costs and resale value. Anyone who urgently wants to switch due to high fuel prices should therefore also consider an e-car as an alternative. 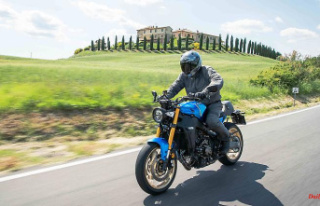