A pedelec with a petrol tank? At least visually, the e-bike from Noordung wants to give this impression. 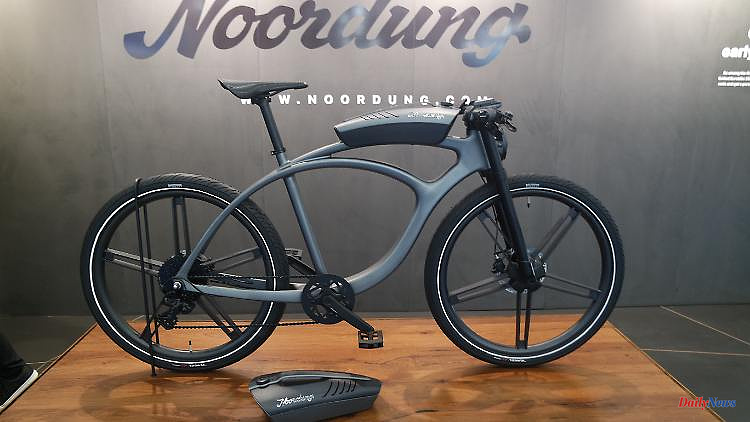 A pedelec with a petrol tank? At least visually, the e-bike from Noordung wants to give this impression. But the component called the boom box is characterized by completely different talents. There are not only battery cells in it, but also a power bank and speakers. But the fun doesn't come cheap.

Noordung is the name of a new bicycle brand that is the first model to offer a lightweight carbon pedelec that features a versatile, removable battery pack. The basis for the e-bike Noordung is a carbon frame rich in curves, which makes the bike an eye-catcher.

The 27.5-inch wheels with five double spokes are also made from the lightweight material. There is a compact hub motor in the rear wheel that supports the driver electrically. Together with the battery pack, the bike tips the scales at just over 20 kilograms.

The battery, called the boom box, attaches to the top of the top tube. It looks like a motorcycle tank. Inside, however, there are battery cells with a capacity of 300 Wh, which should enable a range of around 60 kilometers. Thanks to USB connections, the boom box, which is equipped with a carrying handle, can also be used as a power bank and, thanks to the integrated loudspeaker system, as a Bluetooth box.

In addition, an air quality meter is integrated, which provides information about the concentration of pollutants in the immediate vicinity. There is a smartphone holder in the middle of the handlebars of the e-bike, which, in combination with a corresponding app, serves as an information center. Air quality information is also displayed here.

In addition, the electric bike is characterized by an upscale component equipment, which includes a spring-loaded front fork, hydraulic disc brakes from Magura, Lightskin LED lights, Brooks saddle, an electric battery lock and the ten-speed Microshift AdventX derailleur. If you are interested, you can reserve the e-bike on the Noordung website. The purchase price should be around 7000 euros. 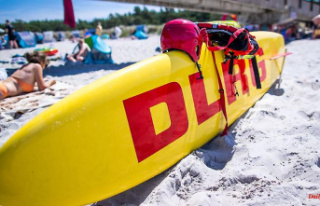