DB Cargo plays the role of climate rescuer: "Do we want to expand motorways for more trucks?"

Goods belong on the rails - say politics, business, traffic planners and above all Deutsche Bahn. 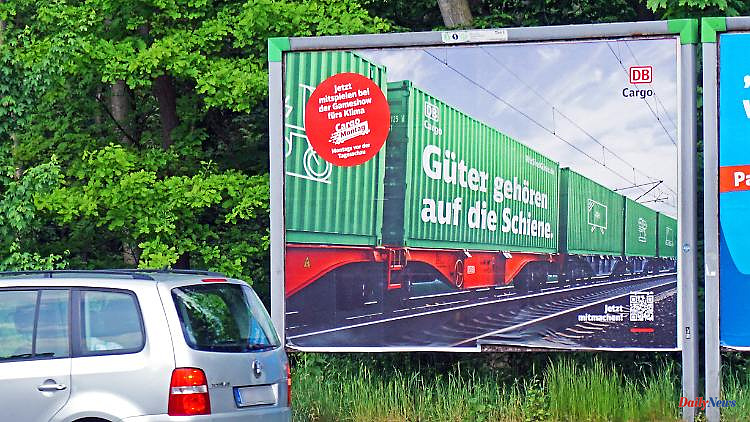 Goods belong on the rails - say politics, business, traffic planners and above all Deutsche Bahn. Not for the first time, because the arguments are obvious: full rails and empty streets are good for the turnaround in traffic, CO2 emissions, climate targets and nerves. Nevertheless, things are not progressing, the rail share of goods transport has been stagnating for many years, confirms Sigrid Nikutta: The entire transport market is growing through our consumption, for many years it was easier to rely on trucks instead of trains, explains the CEO of DB Cargo in the ntv "Climate Laboratory". Nevertheless, she expects a trend reversal in the near future - thanks to a society that wants to reduce its CO2 footprint in the long term.

ntv: As CEO of DB Cargo, you want to expand freight transport by rail. In recent years, however, the proportion has declined slightly. How do you intend to turn things around?

Sigrid Nikutta: When we talk about climate change, all experts agree that the greatest lever for CO2 reduction in the transport sector is the transport of goods. If I want to move this lever, there are a lot of topics that are still being researched, like hydrogen trucks, electromobility and the like. But with rail freight transport there is also a lever that has been used for more than 100 years: transporting goods by environmentally friendly rail. After the Second World War, this was the case for 80 percent of all goods. Over many years, this value has fallen continuously to a modal split - that is the share of rail in goods transport - of 18 to 19 percent. But the political goal is clear: 25 percent of goods in Germany should be transported by rail.

Recently, however, this proportion has declined again. In the meantime it was only 17.9 percent.

The proportion has remained the same round and square in the last two to three years, it's always this 18 to 19 percent - a challenge because, despite all the social discussions, we are transporting more and more goods and the transport chains are getting longer. If we want to maintain this share, the rails have to grow with it automatically. Namely in freight and passenger transport.

So DB Cargo is already transporting significantly more goods by rail, but the bottom line is that percentage will not increase?

Exactly, the bottom line is that the percentage remains the same because the entire cake is growing, the entire transport market. Unfortunately, even if we all want local production and shorter transport chains, our consumer behavior means that we tend to have more rather than less traffic on the roads and rails.

This development does not come as a surprise, however. It's a lot easier to get trucks on the road than to build new trains and lay new tracks. How do you intend to reverse that?

That's right. It was easier to rely on trucks for many years. They don't need their own infrastructure, they drive with us on the streets, even if that annoys us all and they cause traffic jams. But with this development, the pollution of the environment played no role at all, the pollution of the environment cost nothing for decades. We know today that this development was sub-optimal, to put it mildly. Now we as a society are taking countermeasures. This will make all companies think: How can I reduce my carbon footprint? The transport chain is one of the major CO2 emitters.

But that means you need a lot more rails, trains, wagons and drivers to really increase your freight share.

Of course. In principle, however, in Germany we already have a gigantic rail network with a length of around 35,000 kilometers and an infrastructure that is showing its age but is efficient. The rail network is currently being modernized and renewed. Expansion is a long-term issue. Locomotives, freight wagons and the like are also a big measure, but of course also normal business. Just like finding colleagues who operate these machines. Incidentally, the fact that Deutsche Bahn AG is a good employer plays into our hands extremely well.

Deutsche Bahn has been pursuing these measures for many years. These commitments have also existed politically for a very long time. What makes you optimistic that this vision could actually be turned into reality? Especially by 2030, which is only eight years away.

In Germany we have come to the point where we have to decide: What do we want? Do we want to expand the freeways so that more trucks can drive on them?

You will find many people saying yes.

But you will find more people who say: No, let's use the existing infrastructure more efficiently. Let's use the rail system more efficiently. This is feasible if you combine the systems: A truck picks up a container from the factory, drives a short distance, then the container is loaded onto the environmentally friendly rail. This is different than when a truck drives through. And one train can replace up to 52 trucks. This means that on the rails I have an enormous effect both for the environment and for saving space and congestion.

But that also makes cross-border traffic in particular much more resilient and logistics flows are international. On the rails, I only need one engine driver for a train who has to comply with the pandemic regulations or whatever. For 52 trucks I also need 52 drivers. My favorite example is the Ukraine: We travel deep into the east with our trains every day. Totally resilient, while the situation at the borders on the street is rather challenging.

Is cross-border freight transport really an advantage? Some say it is more of a disadvantage because the rail networks within Europe are not coordinated and there are always difficulties at the borders. Are there any plans to improve cooperation?

60 percent of my freight trains already cross at least one border and do it without a hitch. The rail width is also identical in most of Europe. Ukraine is an exception because we have broad-gauge railways there, but there are solutions for that too. What we advocate politically is, of course, a certain harmonization and simplification of the regulations. For example, a train driver going to Poland must be able to speak Polish at a very decent level. This is not the case in other industries. Apart from that, we really do have one Europe on the rails.

What is meant is research by the "Investigate Europe" platform from last November. It's titled: Derailed - How EU states are sabotaging European rail traffic. It mentions, for example, a "Europe Express" that was supposed to pass through all EU countries last year as a promotional train for the "Year of Rail". Fifty-five locomotives were used for this trip because of incompatible tracks or signaling systems. Every EU state cooks its own soup and hinders the others, is more or the accusation. That's why you can't make any progress.

As is so often the case with such research, there is something to it, but it is also not correct.

Which of these is wrong?

Of course, every country wanted the respective national locomotive to pull the train when it crossed its own border with this Eurotrain. We also said: If the train runs through Germany, we want to have a DB locomotive in front.

That speaks for a big ego of the individual EU states on this topic.

It was a demonstration, a symbol: we are one Europe and DB is part of it. I also think that's very true. When a symbolic train runs through Europe, every country through which it runs can put its locomotive in front of it.

So you're confident that this will work?

It already works in real life.

But you don't want to be involved in electricity production yourself?

We want to expand our holdings, but we're not an electricity producer, that has to be said clearly.

And in the long term, DB Cargo can finally be profitable?

In the long term, every company must be profitable. How quickly this can be done depends on how big the order is to get companies onto the rails and to have transports carried out by rail.

Clara Pfeffer and Christian Herrmann spoke with Sigrid Nikutta. The conversation has been shortened and smoothed for better understanding. 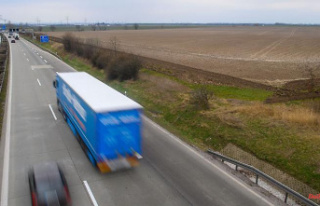