Inflation is driving the ECB: The downside of a rate hike

Will the ECB raise interest rates immediately or only in July? The exploding inflation is accelerating the rethinking at the ECB headquarters: after a decade of cheap money, the first interest rate hike is imminent. 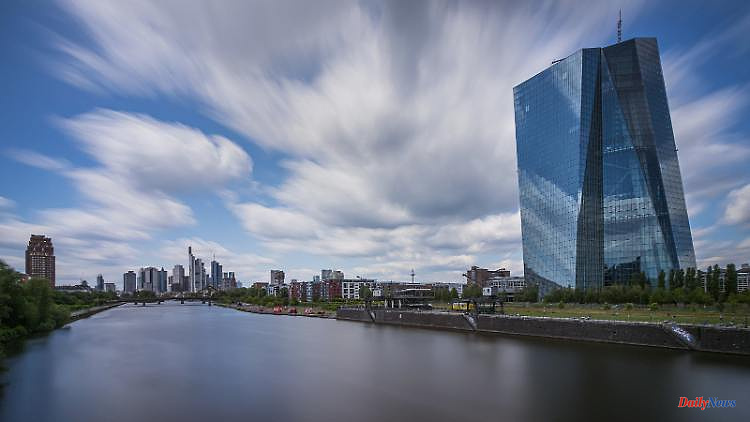 Will the ECB raise interest rates immediately or only in July? The exploding inflation is accelerating the rethinking at the ECB headquarters: after a decade of cheap money, the first interest rate hike is imminent. Savers yearn for rising interest rates, but such a move also has its downsides.

Record inflation in the euro area is forcing Europe's monetary authorities to take countermeasures. In July, the European Central Bank (ECB) is likely to raise interest rates again for the first time in eleven years, with the second rate hike to follow in September. In the past few weeks, the monetary watchdogs have paved the way for a change of course in a large number of public statements. "Now it's not enough to talk, we have to act," said ECB Executive Board member Isabel Schnabel some time ago. "From today's perspective, I think a rate hike in July is possible." At the beginning of last week, ECB President Christine Lagarde was unusually clear: she expected an end to net asset purchases "very early in the third quarter". "This would allow us to raise interest rates at our July meeting, in line with our forecasts."

The July meeting of the Governing Council is scheduled for July 21st. The Governing Council of the ECB is likely to set the course for rising interest rates at its external meeting this Thursday in Amsterdam. Economists expect the ECB to first raise the deposit rate at which banks can park money with it. This rate is currently minus 0.5 percent. The key interest rate in the euro area, which has remained at a record low of zero percent for more than six years, could be raised later. Savers long for rising interest rates, but such a step also has its downsides.

Consumers: The high inflation is a burden on people in Germany and in the euro area as a whole. They can increasingly afford less for one euro. However, even in the event of an interest rate hike, consumers cannot initially hope for a rapid relaxation of prices. Europe's currency watchdogs are largely powerless against rising energy prices, which above all fuel inflation. However, the central bank can help ensure that the inflation rate does not remain at a high level in the long term. If inflation expectations solidify at a certain level, "then this will eat into other prices," warned Bundesbank President Joachim Nagel. The central bankers are concerned about possible second-round effects such as a wage-price spiral. If wages rise too much in response to high inflation, it could push prices higher as companies use higher wages to justify further price hikes. Wages and prices then push each other up.

Savers: An end to the negative interest rates on the current or overnight money account becomes apparent when the central bank initially increases the negative deposit rate. Currently, banks have to pay 0.5 percent interest when parking money at the ECB. Many institutes pass this burden on to private customers from a certain sum on the account as a so-called custody fee. "Based on the current outlook, we will likely be able to end negative interest rates by the end of the third quarter," Lagarde said. Some banks have already announced an end to their custody fees as soon as this penalty interest on bank deposits is removed. However, it will probably be a while before savers can start earning significant interest on their savings again.

Borrowers: It will be more expensive for them in the foreseeable future. Interest rate hikes increase the cost of borrowing, thereby curbing demand. This helps keep inflation under control. In the experience of consumer advocates, banks and savings banks pass on rising interest rates to borrowers relatively quickly. The building interest rates, which are not directly dependent on ECB interest rate decisions but are based on the interest rates on federal bonds, have already risen. Higher interest rates hit those who need a new loan or follow-up financing for a real estate loan in particular. In the case of current mortgage loans, the interest rate does not change.

State: It is becoming more expensive for the state to borrow money. Bund yields have already risen in anticipation of tighter monetary policy and an end to the ECB's multi-billion dollar bond purchases. According to Friedrich Heinemann from the Center for European Economic Research (ZEW), the German tax authorities don't have to worry too much at the moment, "because the real value of the national debt is being inflated away at great speed with inflation far above the interest rate".

Shareholders: For years, the stock exchanges benefited from the low interest rates and the flood of money from large central banks. In the interest rate slump there was an investment crisis, investors finally had to invest the cheap money somewhere. They therefore increasingly focused on stocks, which were also more attractive thanks to dividends than some other investments. That drove stock prices up. When the ultra-loose monetary policy comes to an end, other investments could become more attractive again. 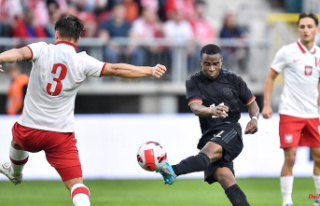