Inflation is going through the roof: These are the measures that Concerted Action is about 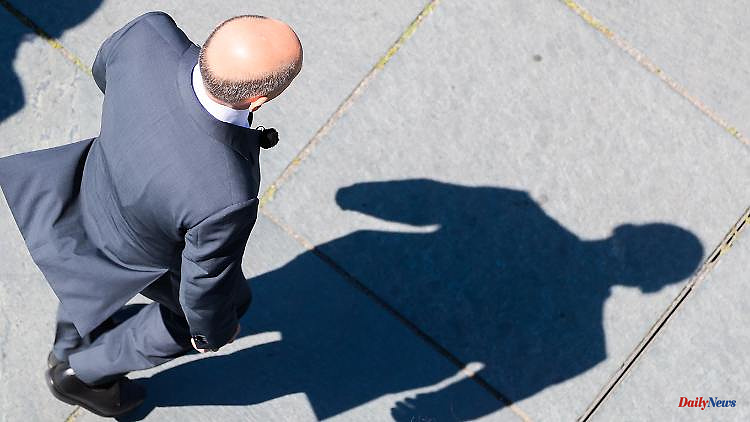 Gas, petrol and groceries are becoming increasingly expensive. Chancellor Olaf Scholz wants to take countermeasures with a concerted action. Before the talks begin, there are a lot of demands.

At the start of the so-called concerted action against price increases, calls for additional relief for citizens became louder. According to Federal Chancellor Olaf Scholz, there should be no results at the start of the campaign this Monday. Scholz had initiated the dialogue with trade unions, employers, the Bundesbank and scientists in order to counteract the price pressure.

Scholz is very concerned about rising energy prices, as he told ARD. "If the heating bill suddenly increases by a few hundred euros, then that's a sum that many people can't really cope with. It's socially explosive." The chancellor is aiming for a longer-term process. Observers expect that decisive rounds of concerted action will not follow until after the summer break - when the actual extent of the energy and price crisis becomes clearer.

The most pressing problem at the moment is the price of gas. Economics Minister Robert Habeck warned of a price explosion at public utilities if Russia turns off the gas tap and large suppliers continue to get into trouble. A chain reaction with far-reaching negative consequences seems possible. The biggest challenges in terms of prices overall - according to Scholz - will not follow until next year. "For this year, almost everyone who has done the math says that we have absorbed about 90 percent of the price increases among the lower and middle income groups through the many measures we have taken."

DGB boss Yasmin Fahimi called for a price guarantee for basic electricity and gas needs. She told the "Bild am Sonntag" that the basic needs of every adult and every child should be determined in advance. Left faction leader Dietmar called for something similar.

In principle, the trade unions resist the statement that price increases are fueled by higher wages. Verdi boss Frank Werneke said: "Permanently rising prices must be fully offset by permanently effective collective wage increases." This also applies to pension adjustments and the minimum wage. The relief must be delivered later.

Federal President Frank-Walter Steinmeier is also calling for relief. "We haven't experienced that before, four times higher prices, not only at the gas stations, but above all for the gas," the SPD politician told ZDF. Instruments will have to be considered to make life easier, especially for low-income earners.

The Chancellor, meanwhile, is reticent. Scholz pointed out the previous relief measures amounting to 30 billion euros. "Right now all these measures are being rolled out," he said. "That won't work now by agreeing on a 30 billion euro package (...) and then we'll discuss the next ones again."

The unions were not very enthusiastic when it was reported that Scholz wanted to relieve the employees with a one-off payment - to be paid by the company, flanked by the state, which would waive taxes and duties on the money injection, and compensated a bit by union wage restraint in collective bargaining. Scholz has now rejected such reports as "a free invention".

Basic security and generally small and medium incomes should be relieved - that's what the Greens are demanding. Your deputy parliamentary group leader, Andreas Audretsch, has brought into play a contribution from the particularly wealthy. "Everyone must now ask themselves how they can make a contribution," said Audretsch. "That's especially true for those who have a lot, for the richest."

Federal Finance Minister Christian Lindner, on the other hand, rejects more debt and higher taxes. This "would be toxic and an impoverishment program," said the FDP leader. Even massive increases in government spending are out of the question for him.

Even economists disagree. "Only higher wages and social benefits can compensate for the damage to people with middle and low incomes in the long term," said the President of the German Institute for Economic Research, Marcel Fratzscher. The economist Achim Truger, on the other hand, told the Bayern media group that there should be no excessive wage increases. However, a continuation of the corona-related wage restraint does not make sense either. "In principle, it would also be possible to curb inflation through temporary energy tax cuts or price caps," says Truger. "But that would be counterproductive, because it would reduce the savings incentives that are so important at the moment."

The social climate money proposed by Minister of Labor Hubertus Heil should also come up again in the concerted action. According to the proposal, climate money should be paid once a year - for single people who earn less than 4,000 euros gross per month, and for married couples with a total of less than 8,000 euros. 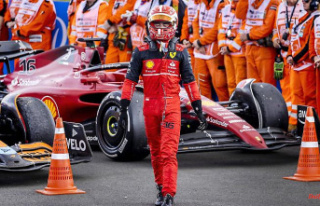 Shaking heads over tactics: This is how Ferrari misses...