In the course of the Ukraine war, Deutsche Post stops its activities within Russia. 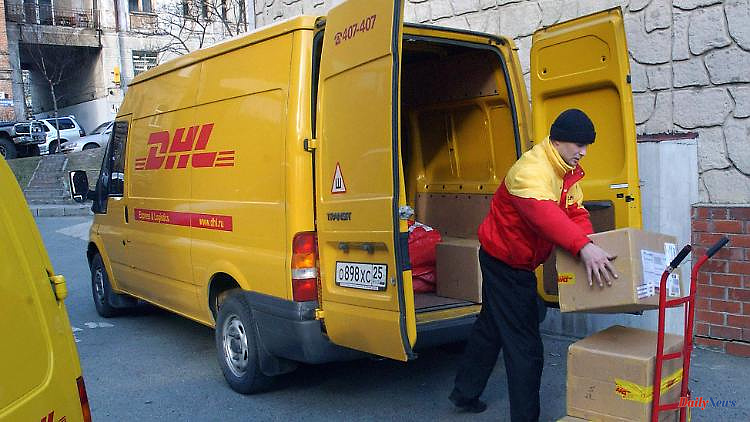 In the course of the Ukraine war, Deutsche Post stops its activities within Russia. From September 1st, only international shipments should be able to be sent via the Post subsidiary DHL. This could lead to value adjustments in the third quarter.

The logistics group Deutsche Post will not continue its national business in Russia. "We made this decision last week," said CEO Frank Appel in a conference call in Bonn to present the quarterly figures. The Deutsche Post subsidiary DHL Express will withdraw from all services within Russia from September 1st.

However, international shipments from the country are still possible, as is the delivery of humanitarian aid supplies and shipments for diplomats to Russia. DHL had already ended shipments to the country in March. However, the Post subsidiary is still active in the freight business in Russia.

Chief Financial Officer Melanie Kreis explained that the decision would lead to value adjustments in the current third quarter. The magnitude corresponds to the value adjustment from the first quarter. At that time, the lower business expectations in Russia led to impairments of 30 million euros.

Due to falling parcel volumes, DHL also had to accept domestic losses. In other segments - such as freight traffic and the supply chain business - the logistician has grown strongly. All in all, consolidated sales rose by 23.4 percent to 24 billion euros in the second quarter, while operating profit rose from 2.1 to 2.3 billion euros.

The decision that has now been made relates initially to national business in Russia, i.e. shipments and transports within the country. A social plan is now being developed for the employees affected by the decision. In the import and export business there are still contractual obligations, said Appel.

Before the outbreak of the Ukraine war and the subsequent sanctions against Russia, Deutsche Post generated one percent of its total sales in Russia. After the Russian invasion of Ukraine, numerous Western companies also stopped doing business in Russia.

1 70 percent mark cracked: Filling of the gas storage... 2 "Would be the first to be fired": Nagelsmann... 3 Alone and emaciated: beluga whale in the Seine in... 4 Michèle moves out: Everything from "Bachelor"... 5 People should land by 2031: South Korea sends probe... 6 North Rhine-Westphalia: Caritas calls for help for... 7 North Rhine-Westphalia: Customs officers ensure grilled... 8 Thuringia: Cases of illness: Train traffic in Thuringia... 9 Mecklenburg-Western Pomerania: Failures: 1. FC Magdeburg... 10 Saxony: Second round of the "insect summer"... 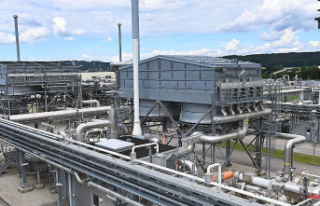