While other car brands are struggling with their electrical deliveries because of the ongoing semiconductor crisis and the Ukraine war, BYD is turning up the heat. 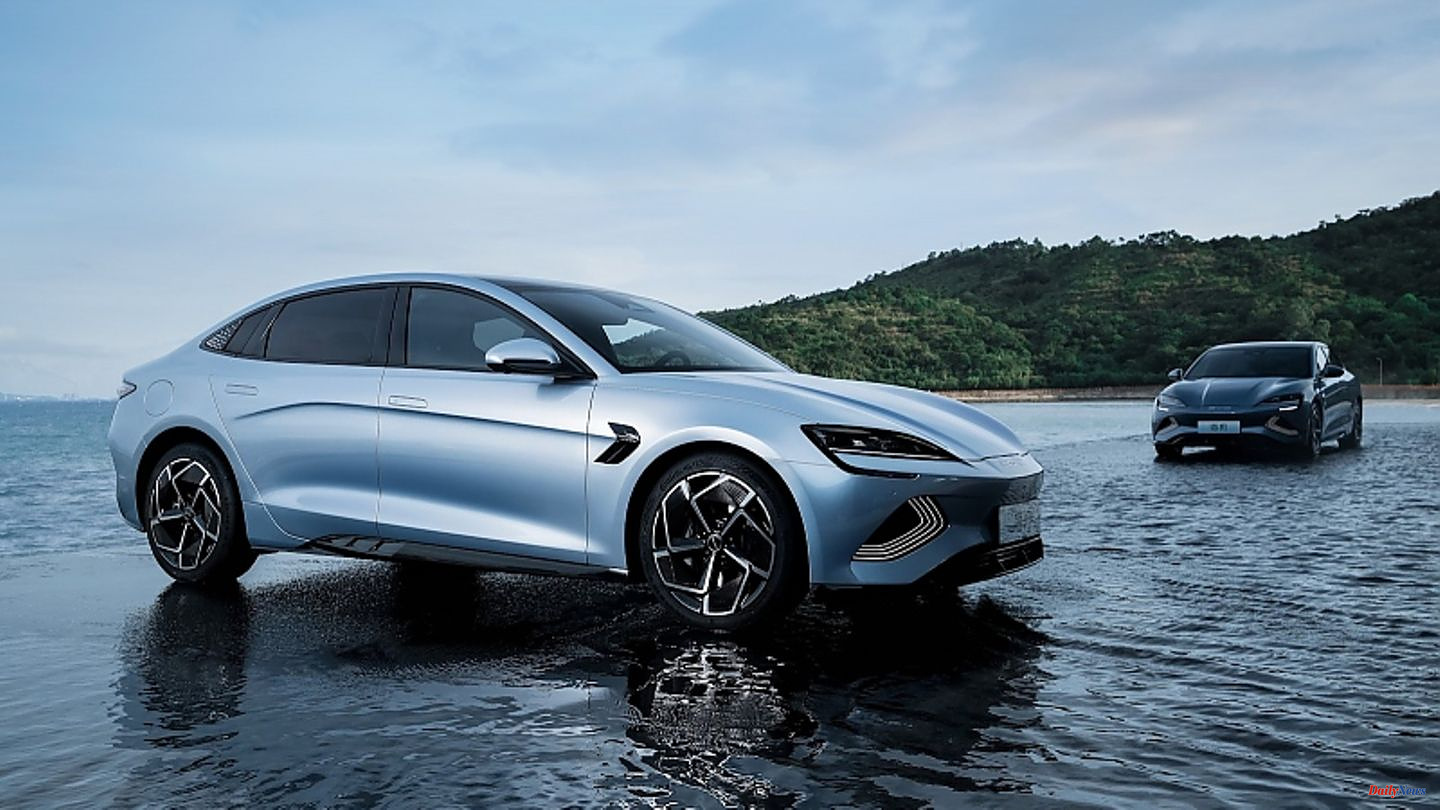 While other car brands are struggling with their electrical deliveries because of the ongoing semiconductor crisis and the Ukraine war, BYD is turning up the heat. Expectations are particularly high for the new BYD Seal, which has now celebrated its premiere on the home market of China. The 4.80 meter long mid-size sedan was created on the Group's electric 3.0 platform, which can be scaled to different wheelbases and track widths. With the new Seal, the batteries are installed directly in the body for the first time. The new 3.0 platform includes the compact electric SUV Yuan Plus, which took second place in the Chinese registration statistics in June 2022 with almost 20,000 vehicles.

In China, the BYD Seal electric mid-size sedan is a direct competitor to a Tesla Model 3 or a BMW i3 eDrive based on the BMW 3 Series. The look of the aerodynamically styled Seal is reminiscent of the Ocean Aesthetics design concept, which BYD first presented to the public almost two years ago. The platform enables electric vehicles with rear-wheel or all-wheel drive and so the new BYD - like its competitor Tesla Model 3 - is also available with these two drives. At the front, the BYD Seal offers an independent wheel suspension with double wishbones and a five-link construction on the rear axle.

"As one of the first companies to develop electric vehicles in the world, BYD has 27 years of know-how and experience in the field of new energy vehicles and masters the innovative technologies related to batteries, electric motors, electronic control systems and automotive-grade chips," says Wang Chuanfu, Chairman and President of BYD, "Supported by consumer expectation, BYD is entering the Japanese NEV market. Through the joint efforts of BYD and the local NEV market, we can fulfill our pioneering role in e-mobility for a better life.” The new 3.0 platform is said to have succeeded in connecting the battery pack and body more directly, which is not should only have a positive effect on handling and driving dynamics, but also on driving comfort. In addition, the new structure should ensure an improved crash structure. Thanks to the so-called CTB technology, in which the battery modules are built directly into the body, the vehicle can achieve a torsional rigidity of 40,500 Nm/°, which corresponds to the level of luxury class vehicles. The BYD Seal also offers a balanced 50:50 axle load ratio, a low center of gravity and a low moment of inertia, which are said to improve stability.

All new BYD models will be equipped with the new blade battery. The battery pack made of iron phosphate is cobalt-free and has better performance data than the previous generation. The prices for the BYDF Seal in the home market of China start at around 220,000 Chinese Yuan (approx. 32,000 euros). The all-wheel drive top model costs just under 290,000 yuan (approx. 41,000 euros). It remains to be seen when the first models will come to Europe. There are said to be more than 50,000 pre-orders for the Chinese home market and the first vehicles will be available to customers this year.

1 Alexander Zverev: He has been living with diabetes... 2 Singer: Katie Melua performs pregnant 3 Welcome back: Travel to Australia is possible again:... 4 A decade after the wave of bankruptcies: Germany's... 5 Freiburg is the first Bayern hunter: Hertha BSC goes... 6 Thuringia: Herbert Kind again Thuringian champion... 7 What the Iran nuclear deal means for Israel 8 Education: Association: make the fight against teacher... 9 "Then it's no longer about criticism of... 10 Bundesliga: late goal prevented Werder victory 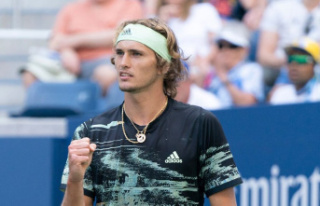 Alexander Zverev: He has been living with diabetes...