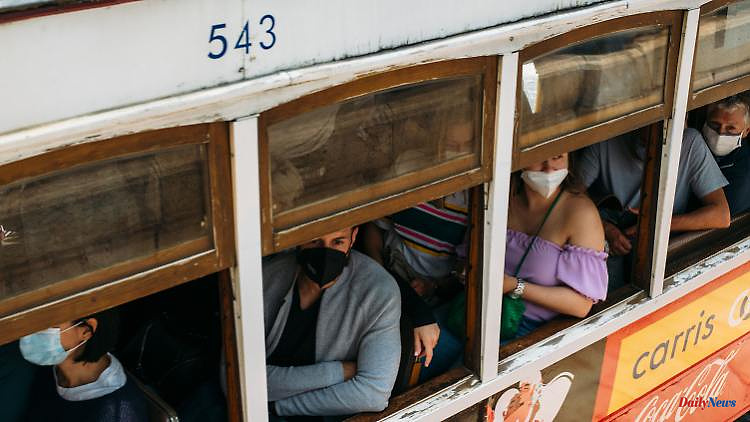 The omicron subvariant BA.5 leads to very high seven-day incidences in Portugal in May, and since the beginning of June the number of cases has been falling again rapidly. How bad were the consequences and does Germany have to fear a possible summer wave?

Because the omicron subvariant BA.5 is significantly more contagious than its predecessors, it can again lead to very high incidences - even in the warm seasons. The "best" example of this is Portugal, where the seven-day incidences rose again significantly at the end of April and reached 2000 new infections per 100,000 inhabitants in early June. Since then, the number of cases has gone downhill.

Because BA.5 and other new subvariants are now also leading to increasing incidences in Germany, it is interesting to take a look at the consequences of the spring wave in Portugal. Have the many infections also led to many serious illnesses that had to and still have to be treated in clinics or even in intensive care units? Have many people died of Covid-19 in Portugal in the past few weeks and which population groups are particularly at risk?

The current report by the Ministry of Health shows that BA.5 is responsible for the current wave in Portugal, which indicates that the subvariant accounted for around 85 percent of new infections in the first week of June. On April 19, the country still had around 325 new infections per 100,000 inhabitants and two weeks later it was more than twice as many. The wave peaked on June 3 with an incidence of over 2000.

Since then, the number of cases has halved and the trend is pointing steeply downwards. In view of the still very high test positive rate, the actual number of cases is likely to be significantly higher, but the number of reproductions (Rt) is stable below 1, which confirms the downward trend.

Contrary to some fears, the BA.5 has not proven any more dangerous than previous variants in Portugal. The ratio between the number of hospitalized cases and reported infections is 0.10, indicating a lower severity than the infections earlier in the year, the health agency's report said.

Hospitalizations increased sharply overall in the spring wave and reached almost 2000 Covid 19 patients at the peak. But the situation in the intensive care units remained relaxed throughout and never approached the critical value of 255 patients. On June 13, around 1,900 infected people were in hospitals, and almost 100 of them needed intensive care. This corresponds to a minus of 5 or 9 percent compared to the previous week.

However, the spring wave was not harmless. It has led to a higher death rate than is usually expected at this time of year, writes the Portuguese health authority. As of June 13, the report said it was about 54 deaths per 100,000 people over a 14-day period, compared to the normal 20. Mortality is almost the same as last February, but is well below the devastating winter wave in early 2021, which caused nearly 375 deaths reached.

Portugal owes this not only to the somewhat harmless omicron variant, but above all to the high vaccination rates. Around 87 percent of the total population has been vaccinated twice, and almost 63 percent of those over the age of 18 have received a third dose.

It is crucial that, according to the European Center for Disease Prevention and Control (ECDC), with a rate of 96.5 percent, almost all very old people are boosted. Because the evaluation of the Portuguese Ministry of Health has shown that the risk of having to go to the hospital after an infection has been 12.2 percent for over 80-year-olds who have not been vaccinated or who have been vaccinated once. After two vaccinations, the risk drops to 9.4 and only 3.1 percent of those who have been boosted become seriously ill.

The difference in the risk of dying from Covid-19 for those over 80 is even clearer. With one or no vaccination, 9.5 percent of those infected get it, two doses reduce the risk to 5 percent and only 1.7 percent have died after the third shot since April.

For Germany, the lessons from Portugal mean that the burden on hospitals could be a little higher than there with similarly high incidences. The median age of both countries is practically the same at 45.8 and 45.9 (Germany). In this country, however, only just under 80 percent of the over 60-year-olds are boosted. In Saxony there are hardly 72, in Brandenburg only 73 percent. Schleswig-Holstein is in the best position with around 91 percent, and Bremen is also well prepared with a refresher rate of 88.5 percent among the over-60s.

It would be important to know how the protection of the over 80 year olds is concerned. Here the rates of the fourth vaccination are an indication, since it is recommended above all for very old people. Across Germany, they have received 19.2 percent of the over 60-year-olds. In Saxony, this is only the case for 6.2 percent of those over 60, in Thuringia it is 6.9 percent. Schleswig-Holstein, on the other hand, comes to 39 percent, Bremen to 32 percent.

Federal Health Minister Karl Lauterbach expects relatively high incidences this summer, but sees no reason to panic. In the case of the omicron variants, the disease progresses more mildly than in the delta-type variants. In addition, many people have been vaccinated or have recovered, he said last Friday.

1 Court upholds marriage ban: homosexuals in Japan suffer... 2 It can happen to anyone: Why male depression is recognized... 3 Listen to nature for 90 minutes: hiking in the Wadden... 4 "They look like mine": potted vulvas and... 5 Trauma and hidden talents: How school experiences... 6 Ladiges is cooking: Poultry is now on the grill 7 Debate about "useless" women: what society... 8 El-Masry for the young years: Two actors play Mohamed... 9 "Bachelorette" wants passion: mud on the... 10 "Last semester or trimester": Does Brad... 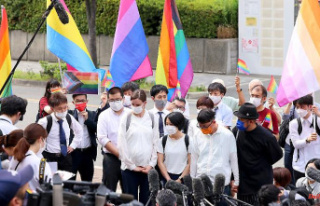