The Kiel Week is one of the traditional festivals in Germany. 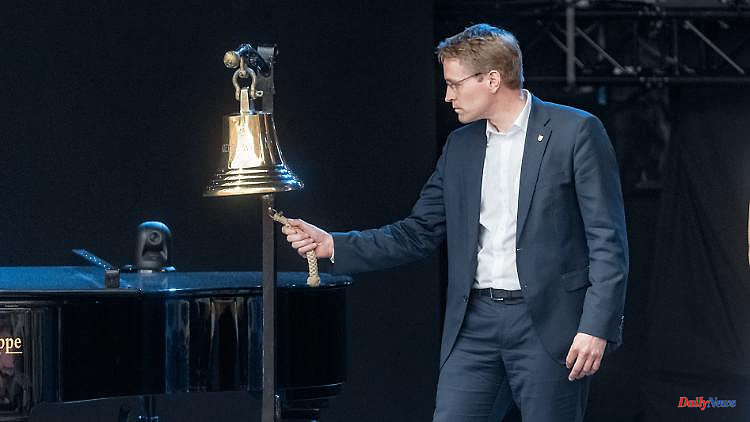 The Kiel Week is one of the traditional festivals in Germany. She had to sit out twice because of the corona pandemic. With the signal "Cast off!" Economics Minister Habeck opens the sailors' meeting. But not everything is as usual: Russia's war against Ukraine has consequences for the guest list.

After two years of Corona, the Kiel Week has started again as what it should be: a large folk festival and world-class sailing event. With the signal "long-short-short-long" for "Cast off!" Economics Minister and Vice Chancellor Robert Habeck officially opened the Kieler Woche on the Rathausplatz on Saturday evening. "Thank you for letting me come - from Flensburg," said Habeck from Flensburg, alluding to the longstanding handball competition between the two Baltic Sea cities.

Schleswig-Holstein's Prime Minister Daniel Günther had punctually given three double strikes and one single strike on the ship's bell - the signal for the start time of 7:30 p.m. "It's a good feeling," said Günther. "People always think politicians can't do anything, but it worked," he added, earning the laughter of thousands in front of the stage.

The head of government said it was a great feeling that the Kiel Week was back in full force after two years. To see how everything is built up by people, some of whom have had no work or short-time work for years, and to experience that cultural workers can be back on stage, is enormous anticipation. The sailing competitions of the first big Kiel Week since 2019 had already started at noon.

In the past two years, the folk festival had been severely restricted due to the corona pandemic. Now an audience of millions is expected again. In addition to the Kiellinie promenade, the marina is always an attraction. The naval base is packed with ships from different countries. According to the city, more than 3.5 million people attended Kiel Week in 2019.

For the first time since 2015, the windjammer parade on June 25 will be led by the German training sailing ship "Gorch Fock", which has resumed its training trips after years of restoration. Regular guests like the Russian windjammers "Kruzenshtern" and "Mir" are missing. Both wanted to come, but the city had turned them down because of the Russian war of aggression against Ukraine that had been going on since February.

During the Kiel Week, music and entertainment is offered free of charge on numerous stages in the city and on the waterfront - with Joris, Namika, Glockenbach, Ray Dalton, Max Giesinger, VIZE and Anna-Maria Zimmermann, among others. Kiel Week ends on June 26th.

1 Rival slain?: Police are looking for a fugitive violent... 2 Fire out of control: forest fire in Brandenburg: district... 3 Trip with Jill: US President Biden falls off his bike 4 First hot weekend of the year: Heat in Germany - Sahara... 5 Mysterious action on the Autobahn: Parcel messengers... 6 Anti-Semitism at Documenta: Steinmeier draws clear... 7 It's only raining in Greece: the Europeans practice... 8 Four million fled: 40 dead after floods in Bangladesh 9 "Hot? Roaring hot!": Germany is brooding... 10 Ecological niche for exotic animals: parrots conquer... 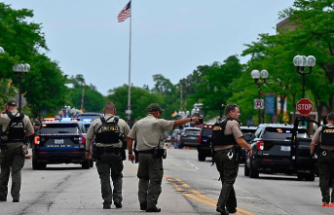 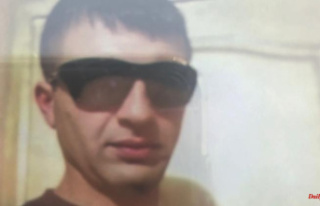 Rival slain?: Police are looking for a fugitive violent...