The morning is just the pre-glow: before 11 a. 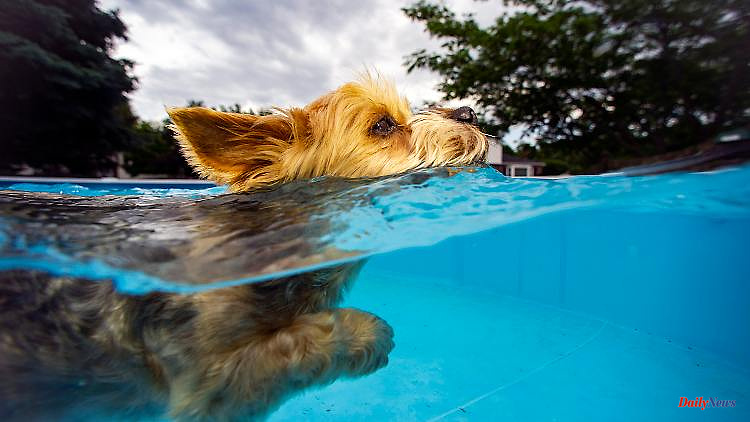 The morning is just the pre-glow: before 11 a.m., the temperatures in some places in Germany are approaching the 30-degree mark. But the afternoon heats up again, it goes up to 35 to even 40 degrees. It is more pleasant on the coasts, where many guests are expected.

Sweating when there is a lot of sun is popular in many parts of Germany. "Now it's getting tropical," headlines Wetter.de today and writes: "With lots of sunshine, it's close to 40 degrees. It's not hot. It's roaring hot." According to meteorologists, the temperatures had already reached 24 to 30 degrees in the morning. In large parts of the country it is still 35, on the Moselle and Neckar even 40 degrees.

While it will be sunny and warm to hot in the south, the weather will be clear to cloudy in the north. According to the forecast, the thermometer at the sea will only show values ​​​​of 20 to 23 degrees.

What is expected to be the warmest day of the year so far is attracting people outside. Mecklenburg-Western Pomerania expects many guests at the weekend. The country on the Baltic Sea is ideal for heat-sensitive people: While temperatures of well over 30 degrees are expected further south, in Mecklenburg-Western Pomerania it is very bearable at 22 to 25 degrees, as meteorologist Stefan Kreibohm from the Hiddensee weather studio said.

The tourism companies on the North Sea coast are preparing for a surge of day vacationers for the first big summer weekend in Lower Saxony. "The good weather is basically boosting demand," said the spokeswoman for the Ostfriesland Tourismus Gesellschaft, Wiebke Leverenz. When the sun is shining and it is hot, activities on the water are particularly popular.

Warm clothing is not necessary in Brandenburg either: the state is expecting a weekend of sweltering heat. In the north of Brandenburg, Wetter.de expects maximum values ​​of up to 32 degrees - in Berlin and in the south of Brandenburg even 35 degrees. With temperatures between 29 and 37 degrees, the warmest day of the year so far in Berlin and Brandenburg is expected on Sunday. The risk of forest fires due to the ongoing drought is very high. At Frohnsdorf near Treuenbrietzen in the Potsdam-Mittelmark district, the fire brigade, police, armed forces and technical aid organization responded to a major fire on Friday.

The situation in Baden-Württemberg also speaks for a trip to the swimming pool: temperatures of up to 37 degrees from the Kurpfalz to Breisgau predicts Wetter.de for Saturday. A tropical night is likely to follow on the Rhine and Tauber with low temperatures of just over 20 degrees, as the meteorologists predicted. It will only be cooler in some river meadows with 14 degrees before the sun will give its all again on Sunday and make people sweat again. From midday, individual heat thunderstorms are possible, as well as heavy rain and gusty winds.

A sunny and very hot Saturday is also imminent in North Rhine-Westphalia. The maximum temperature will rise to 31 to 34 degrees throughout the day. In the Cologne Bay, around 36 degrees are to be expected. A rather weak wind brings hardly any cooling.

The high temperatures are not harmless. The state pharmacy chamber from Hesse warns of sunburn, hay fever and circulatory problems. People should drink plenty of fluids and avoid exercise in the greatest heat. According to the Wiesbaden health department, basically everyone is affected by the dangers of the heat. However, small children, the elderly and the chronically ill are particularly at risk.

The astronomical - or calendar - start of summer is next Tuesday (June 21). Then the sun reaches its northernmost point above the earth and at noon it reaches its highest point of the year.

1 Ecological niche for exotic animals: parrots conquer... 2 Association: "Reprehensible acts": Cuban... 3 Double murder in the Amazon: Police and indigenous... 4 Detonations due to explosive ordnance: forest in Brandenburg... 5 Murder in the Philippines: Alleged kidnappers of a... 6 Heat wave for the weekend: Summer is on in Germany 7 Ozone alarm in several areas: Extreme heat affects... 8 Anxiety disorders and depression: Corona is increasing... 9 dr Specht in an interview: "Higher incidences... 10 A lot is different this time: Documenta takes Reisscheune... 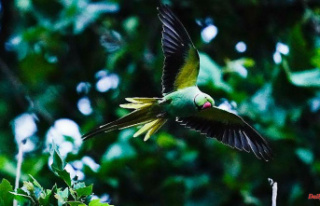