Heat wave for the weekend: Summer is on in Germany

Clear starry nights and Mediterranean flair: summer is here and with it a new heat record for June. 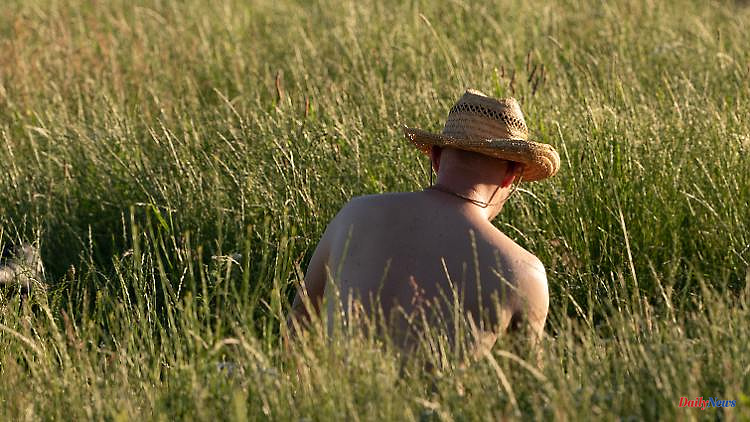 Clear starry nights and Mediterranean flair: summer is here and with it a new heat record for June. Temperatures of up to 40 degrees are expected at the weekend. ntv weather expert Björn Alexander knows where the heat comes from and what will happen next.

ntv: How hot will our weekend be?

Björn Alexander: At the weekend we are at the upper limit of what is possible for mid-June. Because with peak values ​​of 34 to almost 40 degrees, the temperature records for the second third of June are shaking - even a new June record cannot be ruled out.

Where is the heat coming from?

Originally from North Africa, i.e. in the middle of the Sahara. From there, the heat bubble only brought maximum values ​​well over 40 degrees on the Iberian Peninsula. The front of the desert air is currently moving over France - where records are also likely to fall - to Germany and will reach us at the start of the weekend. This means that the temperatures on Saturday are likely to rise by 4 to almost 10 degrees compared to the day before.

Where can the 40 degrees be reached in Germany?

On Saturday, this is particularly conceivable in the Rhine-Main area and on the Upper Rhine. Here, however, an important role is played by how much Saharan dust the air actually has in its luggage and how badly this affects the bottom line. On Sunday, the heat pole will extend to the east and then peaks of up to 38 degrees or maybe even more are possible there.

Is there a way to escape the really great heat?

For those who decide spontaneously, the way to the north would be ideal. On the coasts on Saturday at 20 to 23 degrees. Sunday brings only 16 to 22 degrees in the north, while from the center south - after increasingly tropical nights - the heat battle goes into the next round.

Saturday will be bright and beautiful or only slightly cloudy. Only in the north are low foothills with more clouds and correspondingly fresher values ​​noticeable. Otherwise, the temperatures are rapidly approaching midsummer and usually reach 30 to 38 degrees, in the southwest maybe almost 40 degrees.

What are the temperatures doing on Sunday night?

Anyone who has missed the lukewarm summer evenings this year will definitely be adequately rewarded. Because of course it stays warm for a long time under the often starry firmament. In many places it should be the first tropical night with lows not below 20 degrees, preferably over the broad middle and in the south-west. In some places it is even conceivable that it will not cool below 25 degrees. Accordingly, Mediterranean flair would be the benevolent interpretation for the night, sweaty to insomniac, on the other hand, another.

The heat remains brutal roughly to the south of a line from the southern Eifel to Berlin and Brandenburg with temperatures of 30 to 38 degrees - especially since a certain degree of humidity is slowly joining in. This is accompanied by the first, sometimes violent, heat thunderstorms. Sunday is generally cloudier and less heated in the rest of the country. In the north and northwest, cooler and cloudier air with showers and local thunderstorms is already announced. As a result, it is usually only 16 to 26 degrees there.

What does the weather bring us after the midsummer weekend?

In any case, we will leave the peak of the heat behind us. It's true that summer isn't giving up that quickly with its first real rebellion. But the bottom line is that it has to give up quite a bit.

What are the prospects for the start of the next weather week?

South of the Main line, it will continue to be very warm to hot with 26 to 32 degrees on Monday, before local thunderstorms will cool things down a bit. Otherwise, at temperatures of 17 to 25 degrees, ventilation is the order of the day. Especially since the heat on Tuesday, the beginning of summer, will spill north again. Up to the north again with highs of 24 to 33 degrees. Only the coasts appear cooler in the sea breeze.

Are we also expecting storms?

Partly heavy showers and thunderstorms are always conceivable with such air masses, but the weather computers are not necessarily showing their intensity at the moment. However, they cannot be ruled out under any circumstances. Mainly because the heat will again be pushed aside by cooler Atlantic air on Wednesday and Thursday. At the latest on Thursday it will cool down noticeably - according to the current status - all the way down to the south.

How cold is it getting?

The majority of the models still see between 20 degrees in the north and 30 degrees on the Upper Rhine for Wednesday. On Thursday it will therefore be a maximum of 17 to 26 degrees. In addition to sunny phases, there are also showers and thunderstorms in some areas. All in all, it's more like summer of the Central European kind, which could probably stay with us towards the end of the month. Here, the advantages of warmth lie in the south and east, while towards the west and north it is likely to remain fresher and changeable overall.

1 Ozone alarm in several areas: Extreme heat affects... 2 Anxiety disorders and depression: Corona is increasing... 3 dr Specht in an interview: "Higher incidences... 4 A lot is different this time: Documenta takes Reisscheune... 5 Animal under observation: Walrus makes himself comfortable... 6 RKI warns of outbreaks: New Omikron offshoots are... 7 One for all: Twenty-two summers to go 8 'Bisexuality is not a trend': The neglected... 9 Ladiges is cooking: Poultry is now on the grill 10 More kitsch than art: garden gnomes remain a phenomenon 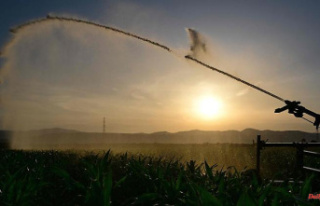