Despite the expansion of day care places, grandparents play an important role in childcare. 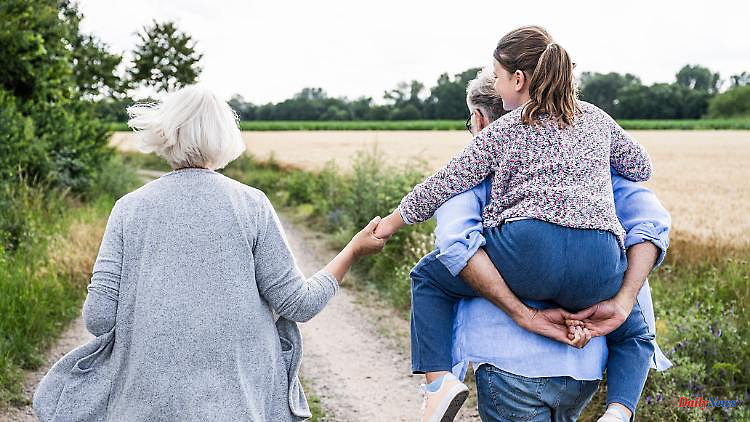 Despite the expansion of day care places, grandparents play an important role in childcare. A study shows that they are sometimes even the main carers of their grandchildren. The research also shows that children with many caregivers can become more socio-emotionally unstable.

Despite the expansion of the day-care center, grandparents in Germany remain important when it comes to looking after their grandchildren. According to a study published in Berlin by the Federal Institute for Population Research and the German Institute for Economic Research (DIW), more than half of those under the age of six are looked after by their grandparents either regularly or when required.

In the west of Germany, the grandparents are even the main carers in the afternoon, alongside the parents of young children. In East Germany, they are very often combined with the day care center in the afternoon, for example to cover the care of the under tens in the off-peak times. Accordingly, between 20 and 40 percent of girls and boys under the age of ten are regularly supervised by their grandparents.

However, as the study also shows, too many caregivers - in addition to the all-day daycare center, the grandparents and then the parents - can also have negative effects. If girls and boys between the ages of three and five are cared for all day in the day-care center and also by their grandparents, the probability that the children are socio-emotionally unstable increases by 36 percent. The researchers did not find these effects in children who only attend a day care center half-day.

The study concludes that, for example, the change of professionals in the day-care centers must be reduced to a necessary level. The working environment should be made so attractive that the educators work there over a longer period of time - "and from the point of view of the day-care center children, ideally full-time".

These effects are particularly large in households with children under the age of six. The effects are not so great for fathers. The project, funded by the Ravensburger Verlag Foundation, is based on data from 1997 to 2020 on the role of grandparents in Germany in looking after younger children. 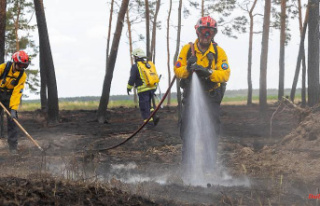 Wind could cause new fires: embers in Brandenburg...