Entry and surveillance: Venice wants to be more than a photo opportunity

For several years there has been talk of an entry fee for Venice. 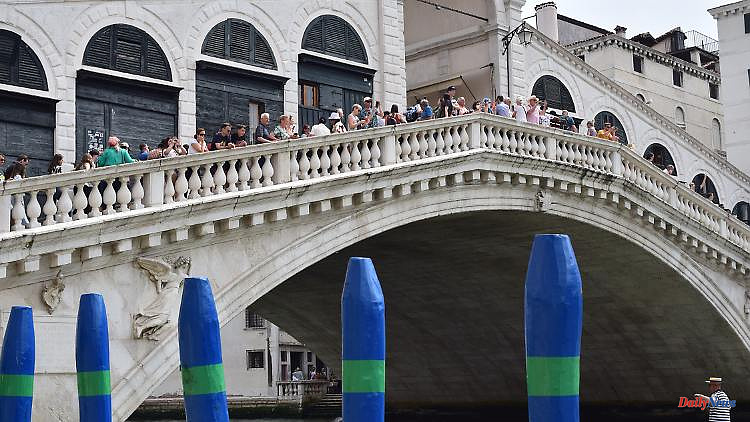 For several years there has been talk of an entry fee for Venice. It is now scheduled to arrive in early 2023. A control center is used for implementation, which not only counts arrivals and departures, but also aims to ensure compliance with the city rules.

Tourists from all over the world are bustling about in Venice again. Although there is no crowd in the calli, the narrow streets, on this Monday at the end of May, the flow of visitors is very lively. Especially on the water. In some canals you can see the gondolas queuing to load and unload guests. Tourists are also lining up on the Rialto Bridge and the couples seem to be turning the handle to take pictures of each other kissing.

The tourism industry is of course happy, as is the city administration, which is also trying to ensure that the mass rush of the past no longer occurs. Venice must also remain livable for its inhabitants, whose number is dwindling every year, and must be protected.

Therefore, the introduction of an entrance fee for day visitors is again the top priority for the city administration. Actually, it should have been introduced long ago, but then the pandemic intervened. It has now been announced for early 2023. The focus is on contribution and not ticket on the one hand and on day visitors on the other. "Anyone who has booked an overnight stay does not pay any contribution," Simone Venturini, City Councilor for Tourism, repeated several times in the course of the conversation with ntv.de.

"However, the community is not concerned with making money with this contribution," he adds immediately and emphatically. "The city administration wants to distribute the visitors better over the days." Venturini reckons this will be beneficial for everyone. For residents and visitors alike, who might be encouraged to enjoy the city a little more slowly instead of just rushing by for a day and a few selfies.

A price range of between three and ten euros per visitor is planned for the contribution. How high it will really be depends on the day you come to Venice. In high season, at Easter or for the carnival, it will be ten euros. If the rush is not so high, only three euros. "There will also be a very easy-to-use app for registering and paying," explains Venturini.

In addition, a test phase is to start in the course of the summer, when exactly will be decided in the next two weeks. If you want, you can register on the portal developed for this purpose - but you don't have to pay a fee yet - and get discounts on museums and exhibitions.

In order to implement this measure, the control center set up on the artificial island of Tronchetto comes into play, or the Smart Control Room, as the facility is officially called. In this room, in addition to the desks and computers, there is a wall entirely covered with screens. Each shows a different shot of the city. On one you can see St. Mark's Square, on another the Rialto Bridge, under which a vaporetto is just passing, and on another the entrance to the lagoon city.

The head office was set up four years ago. "The mayor wanted to bring all service data together in one place: from waste disposal to water traffic to the number of visitors," says Maria Teresa Maniero ntv.de. She is the police commissioner and head of the Smart Control Room. There is one person responsible for each area. "For example, we can see whether the water traffic is running smoothly, whether someone is perhaps going wrong or whether there is a particularly large rush at a vaporetti stop and forward this to the responsible department," continues Maniero. The control center is a link between the responsible service providers.

610 video cameras are installed in the city, which, among other things, serve to divert people in an alley in the event of a traffic jam. There is also software that counts arrivals and departures. The radio cells, which can also be used to determine the origin of the visitors, and the people counter sensors serve this purpose. "But don't worry, anonymity is absolutely guaranteed," emphasizes Maniero. "The video surveillance is carried out in accordance with the Italian data protection law." People counting sensors and radio cells are important for determining the contribution, but not only.

"I'm not really comfortable with the fact that a big brother is watching every step of the way in Venice, if not even following them," says Milan psychologist Benedetta Bertasi, who has an apartment in Venice. The Roman architect Giorgio Venotti also agrees: "I also think that most visitors don't know anything about it, and I don't think that's a good thing either."

It's midday and oppressively muggy. There is not much going on in St. Mark's Square. A group of exhausted tourists are sitting on the steps of the Procuratie, not far from the Caffè Florian. You rest and eat a piece of bread or a piece of pizza. But this is forbidden throughout the city, not only at St. Mark's Square, as you can see from the signs on the wastebaskets. The scene is also captured on one of the monitors in the control room and relayed to the office responsible for enforcing city rules. She then informs the officers spread throughout the city, who in turn go to those sitting and ask them to stand up.

"Of course I understand that when people finally arrive at St. Mark's Square, people are often tired," says Maniero. "But just around the corner from St. Mark's Square, the gardens of the Giardini Reali were reopened three years ago. There you can linger in the shade and also have a beautiful view of the Grand Canal."

If you ask around in the city, it is rather the Venetians who are not entirely convinced by the introduction of the contribution. "We also put up a sign at our station saying 'Please don't sit down', but it's of very little use," says gondolier Mario. That's why he's in favor of the post, albeit grudgingly. "Venice should be accessible to everyone and not come under a glass bell. But if the tourists don't have any respect, then it has to be." A young waiter who works in one of the bars on Campo Santa Margherita sees it the same way. "The city should ensure that there are more benches and more rubbish bins. But that in no way excuses the recklessness of some."

Instead, visitors are more than willing to contribute. A family of three from Bavaria has only one thing to think about: "It shouldn't be so high that only the wealthy can afford to visit". A family from Argentina, on the other hand, says that the day before in Milan they paid 100 euros for all four people to climb the cathedral. But that's okay, because foreigners should also contribute to the maintenance of these works of art.

So now we have to wait and see when the contribution will actually come and whether the desired goal will be achieved: less hit-and-run and more pleasure tourism.

1 Mix of city and mountain bike: sense or nonsense?... 2 Baden-Württemberg: Kehrer moves from Freiburg to... 3 Haute-Savoie. Annecy: Two 15-year-olds are prohibited... 4 In just 25 days: Chemnitz wants to swim along the... 5 Exciting NHL series against NYR: Tampa Bay works on... 6 Auto. Formula E: Next season, Theo Pourchaire? The... 7 China is stuck in two dead ends: Putin's defeat... 8 The Mayor promises that the French will not have to... 9 Baden-Württemberg: Woman is thrown from the carousel... 10 Saxony-Anhalt: 30 new stumbling blocks commemorate... 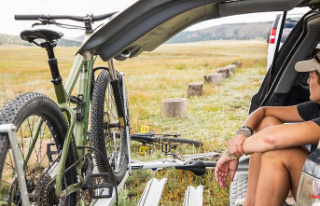 Mix of city and mountain bike: sense or nonsense?...