Possibly ammunition on board: Drone to examine crashed Antonov

A Ukrainian cargo plane with twelve tons of "dangerous cargo" crashes over Greece - the extinguishing work is difficult due to the ongoing explosions. 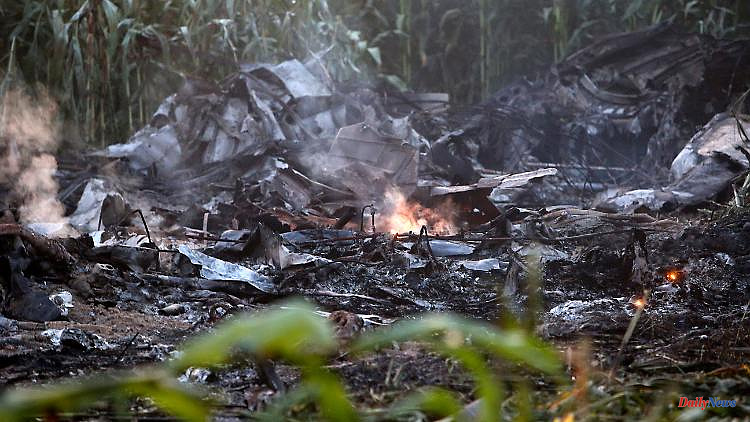 A Ukrainian cargo plane with twelve tons of "dangerous cargo" crashes over Greece - the extinguishing work is difficult due to the ongoing explosions. Apparently the Antonov was transporting ammunition.

After the crash of a Ukrainian cargo plane with obviously dangerous cargo in north-east Greece, the wreckage should first be examined with drones. According to the Greek television station ERT, explosives and military experts as well as representatives of the Greek Atomic Energy Commission want to use the drone before they examine the wreck themselves.

The Antonov AN-12 burst into flames while trying to make an emergency landing near the village of Paleochori on Saturday evening. According to ERT, there were eight people on board the machine. The fire brigade was initially unable to approach the crash site because of the sustained explosions. On Sunday morning, two firefighters had to be taken to the hospital with breathing difficulties due to toxic fumes.

According to media reports, the Antonov of a Ukrainian airline was en route from Serbia to Jordan when the crew requested emergency landing clearance at Greece's Kavala airport. However, the machine did not make it until then, but according to eyewitnesses, fell shortly before 11:00 p.m. (local time, 10:00 p.m. CEST) into an uninhabited area. Accordingly, the machine was already on fire before the crash.

According to ERT, the Antonov had twelve tons of "dangerous cargo" on board. A firefighter on site spoke of "information that the plane transported ammunition". He urged reporters to move away from the crash site. The police also asked the journalists to put on protective masks. Residents within a two-kilometer radius were also asked to stay in their homes and wear protective masks on Saturday evening. 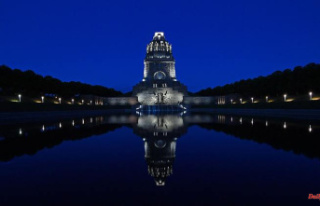 Saxony: State and municipalities want to save energy