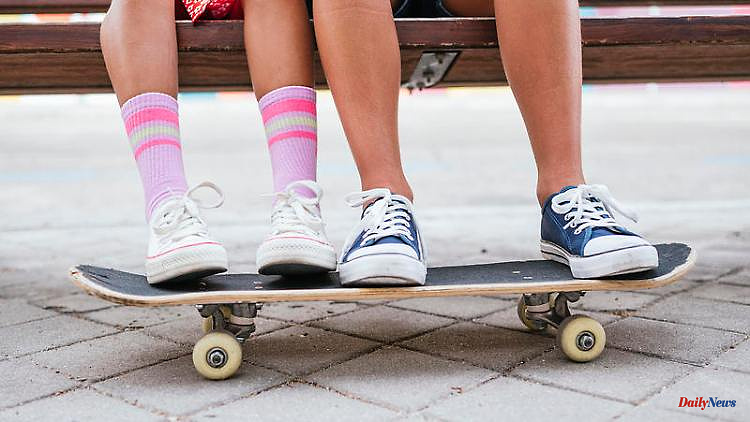 Wild, loud, demanding - typically young! Well-behaved, quiet and reserved - typical girls! For real? There are of course genetic and congenital differences. But parents and grandparents often educate according to gender and thus reinforce the role clichés - often unconsciously.

Quiet and peaceful or loud and excited: girls and boys make themselves known differently even as babies. The hormones are to blame, according to behavioral researchers. But the upbringing or the expectations that one has of the respective gender also influence children - and this from a very early age.

The fact is, genetics and behavior cannot be separated. "By nature" behaves no girl and no boy. A lot of what differentiates women and men can be traced back to the first years of life. They shape how children identify with their gender and what role clichés they adopt.

Even as babies, many boys behave louder and more demanding than girls. The reason for this is the sex hormone testosterone. "The amount is significantly higher after birth than in girls," says Reinhard Winter, gender researcher at the Social Science Institute in Tübingen. This ensures that the genitals develop according to biological sex. During the first year of life, testosterone levels drop again. Still, boys often remain the more impulsive, active kids.

In addition to innate differences, from birth comes upbringing. "Many parents raise their children according to gender, as they expect," says Winter. If a boy shows his strength and is positively acknowledged for it, he wants more from the experience. This works for girls too. Only: "Girls can regulate the impulse control faster. They are then automatically the more reasonable."

From the age of one, girls grab dolls and boys grab vehicles. "You can play in a much more differentiated way with a doll and a suitcase," says Gabriele Haug-Schnabel, who runs the "Human Behavioral Biology Research Group" institute.

For boys who drive back and forth in cars, play is often limited. Boy expert Winter recommends expanding the game: "Then there are not only cars that collide, but also a hospital where the injured drivers are healed until they come home and cook together," he says.

There are also differences in sports and creative exercises: boys are more interested in climbing, football and body-oriented games. Girls love to design creative things with craft scissors. "This increases until school age, when gender stereotypes are promoted," says child and adolescent psychotherapist Inés Brock from Halle (Saale).

In kindergarten, when the little ones make their first group experiences, alternative offers are important. This is how both train their weak points. To ensure that play areas are exciting for both sexes, behavioral biologist Haug-Schnabel recommends adding them. "For example, combine the woodwork with decoration, letters and numbers," she says.

Whether you are a girl or a boy, children only learn with time. "Children between the ages of two and three can sort adults by gender, only then do they classify themselves," says Winter. From the age of three, gender becomes relevant for identity. "Children look for all the stereotypes in their environment that make it easier for them to classify them," he says.

Adults of the same sex, such as mothers, fathers, educators, play an important role in this. "They try to secure their identity with their imitative behavior," explains Inés Brock. It's harder for boys. "Due to the large excess of female caregivers in daycare and school, it is much more difficult for them to feel at home in their masculinity," she says. As a result, boys orient themselves more towards boys of the same age than girls do, according to Winter.

"If there are male educators, they should do handicrafts with the boys and not explicitly play boys' stuff," advises the psychologist. This is how they get to know a different type of man. This also applies to fathers: "The new generation has the task of feeling at home in new role models."

What children like, they also show with their clothes. Shirts in pink or blue, decorated with unicorns or dinosaurs, rainbows or fire engines: Researchers know that children use the assignment they have learned to identify themselves. "But we should be sensitive to it, so that a boy who wants to dress up as a princess is not criticized, just as little as a girl who doesn't want to wear a skirt," says Inés Brock.

Girls learn from adults that clothes decorate. "If you tell them: 'You're well dressed', that shapes their affinity for beautiful looks," says Gabriele Haug-Schnabel. Boys learn that clothing has a function. "They're told a lot more that they're wearing real artisan pants," she says.

6. Boys love competitions, girls shy away from them

Little girls are often reluctant when it comes to a new challenge. The boys are different. They love competitions and enjoy winning. "Which makes the boys' groups hierarchical," says Brock.

The reasons can be derived from anthropology: "Due to their physical stature, men were always the ones who protected and defended their families and people - that still has an effect today," she says. This also explains their desire to fight and wrestle. "You can take up the need, but where it becomes in the direction of fight and socially unacceptable macho behavior, we have to intervene," advises Winter.

Girls orient themselves more equally. Gabriele Haug-Schnabel knows that if they show themselves to be combative, they have same-sex role models. Above all, these are the grandmothers and mothers who want to achieve the best for their families.

Girls behave somewhat more person- and relationship-oriented than boys and speak more. One reason is the somewhat faster maturation in the brain, another is the early study of people. "Even as babies, girls linger on faces longer," says Inés Brock. As a result, they perceive moods and speech much more clearly.

In order not to overwhelm boys, clear, short announcements help. "Long explanations or relationship appeals rush past them, they can't understand very well what is meant," says Winter. This also helps boys who are position or status oriented. "If mom lovingly but clearly positions herself as the boss, the position is clear: it's worth following her," he says. Long announcements, on the other hand, seem uncertain, so the resistance is worthwhile. 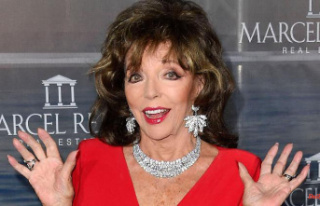