After the death of a young woman: three dead in protests in Iran

The alleged violent death of a young Iranian woman in Tehran police custody is driving people to the streets in many cities across the country. 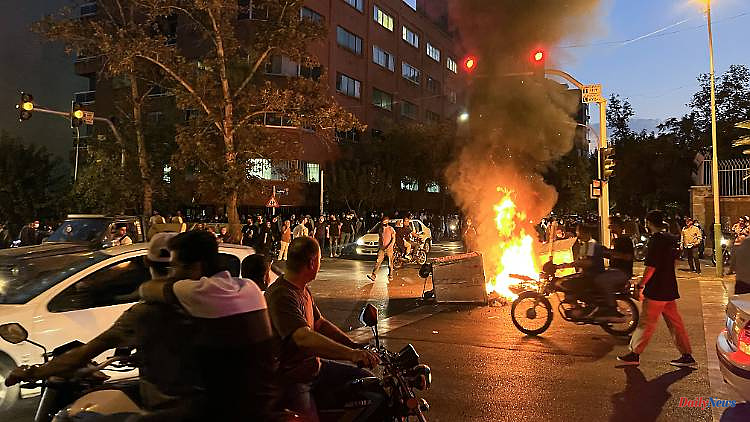 The alleged violent death of a young Iranian woman in Tehran police custody is driving people to the streets in many cities across the country. Three demonstrators are said to have been killed. Flags go up in flames and Khomeini portraits are torn down.

Three people have died in Iran during protests over the unexplained death of a young woman after she was arrested by Tehran's vice squad. That's what the Iranian authorities and human rights activists said. According to the governor of the western Iranian province of Kurdistan, the deaths are "suspicious" and cannot be attributed to the security forces. "A citizen was killed with a weapon not used by the security forces," said Esmail Sarei Kuscha. The dead 22-year-old came from Kurdistan and was arrested during a visit to Tehran.

According to the Kurdish human rights group Hengaw, three people were killed in Kurdistan on Monday after security forces opened fire. The Iranian authorities blame an orchestrated campaign for the protests. The main elements of the meetings on Monday evening in Tehran were "completely organized, trained and planned to create disruption in Tehran," wrote the governor of the capital Mohsen Mansouri on Twitter on Tuesday night. "Burning the flag, pouring diesel on the street, throwing stones, attacking the police, burning motorcycles and dustbins, destroying public property, etc. are not the work of ordinary people," he added.

The protests were triggered by the death of 22-year-old Mahsa Amini, who died in a hospital in Tehran on Friday. She had previously been arrested by the vice squad on charges of violating strict hijab regulations. There had been speculation on social media that Amini had been beaten. Interior Minister Abdolresa Rahmani Fasli and the police rejected this account. Nevertheless, the authorities initiated investigations.

Since then, videos have shown protests in several Iranian cities, with women demonstratively taking off their headscarves and cutting off their hair. In recent months, human rights activists have increasingly called on women in Iran to publicly remove their veils. But doing so would violate the Islamic dress code, and the Iranian rulers are sometimes cracking down on what they see as "immoral behavior." Under Sharia - Islamic law introduced after the 1979 revolution - women are required to cover their hair and wear long, loose-fitting clothing to disguise their figures. Anyone who violates this must expect public reprimands, fines or arrest.

The developments are also increasingly causing discussions in Germany. "Brave people are demonstrating all over Iran against a criminal regime that is trampling on human rights," wrote FDP General Secretary Bijan Djir-Sarai, who comes from Iran, on Twitter. "Solidarity alone is not enough. We need a different policy towards Iran, also in the EU."

After the death of the 22-year-old, Foreign Minister Annalena Baerbock called on the Iranian government to recognize women's rights as human rights. "The women who are now taking to the streets in Iran are demanding the freedom to develop themselves - and without having to fear for their lives," said the Green politician on the sidelines of the UN General Assembly in New York. Baerbock added: "These women are demanding rights to which all people are entitled - nothing other than their inalienable human rights." 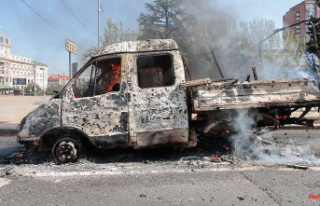 The day of the war at a glance: Kremlin pushes referendums...