Danced to a patriotic song: Wedding guests in Crimea sentenced to prison

At a wedding in annexed Bakhchisarai on the Crimean peninsula, guests dance and sing to the Ukrainian song "Chervona Kalina," which has become a symbol of resistance to the Russian invasion. 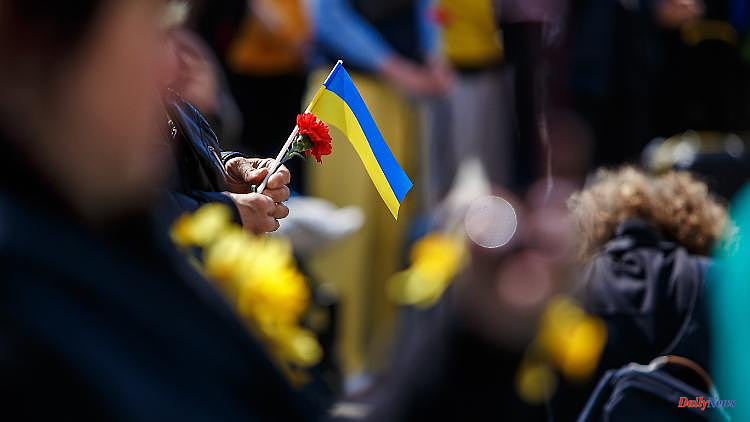 At a wedding in annexed Bakhchisarai on the Crimean peninsula, guests dance and sing to the Ukrainian song "Chervona Kalina," which has become a symbol of resistance to the Russian invasion. Some revelers now have to be behind bars for this.

On the Crimea peninsula, annexed by Russia, a court has handed down prison sentences for playing a Ukrainian song at a wedding. The court in the city of Bakhchisarai ordered six "organizers and participants of the wedding" to prison terms of between five and 15 days and fines equivalent to more than 800 euros, according to local media.

The song "Chervona Kalina" was called a "battle song of Ukrainian nationalists" in the reports. It reads: "This red flower, the Kalina, why is she lowering her head? She was glorious, the Ukraine; why only this storm? She will bloom again, the Kalina, forever. And in all her splendor will be the Ukraine - hey, hey - rise again."

A video clip shows the wedding guests boisterously dancing and singing to the patriotic song that has become a symbol of Ukraine's resistance to the February 24 Russian invasion. The court used paragraphs banning "Nazi symbolism" and the ban on discrediting the Russian armed forces as the legal basis.

The owner of the restaurant later distanced himself from the incident in a video and pledged to support both the Russian invasion and the Crimean leadership installed by Moscow. Bakhchisarai is a stronghold of the peninsula's Crimean Tatar minority, many of which reject Russian suzerainty.

After Ukrainian successes at the front, Crimea's head of administration, Sergei Aksyonov, who was appointed by Russia, announced more rigorous action against pro-Ukrainian statements. Aksyonov wrote on Telegram on Monday that several videos of concerts at which pro-Ukrainian songs were sung are currently circulating. This is "treason against one's own country" and has criminal consequences.

"It would be reasonable and logical for those who support the Ukrainian regime to go to the country they love so much," Aksyonov said. The Ukrainian Black Sea peninsula of Crimea was annexed by Russia in spring 2014 after the pro-Western coup in Kyiv. Retrieving the peninsula using military means is one of the declared goals of the leadership in Kyiv.

1 Insider disagrees: Putin attacked Ukraine despite... 2 Citizens' income instead of Hartz IV: The traffic... 3 Counterattacks, not a counteroffensive: General Zorn... 4 More money, less pressure: the cabinet decides on... 5 "Rarely so much approval": Wagenknecht convinced... 6 Around 100 victims on both sides: ceasefire between... 7 Von der Leyen travels to Kyiv: EU wants to siphon... 8 Former Soviet republics: exchange of fire at the border... 9 "Negotiating scope changed": According to... 10 Bill in US Senate: Graham wants a nationwide ban on... 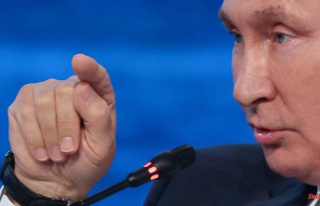