Humanity is not only decimating itself in military conflicts, but is also waging a "war against nature": At the start of the UN general debate, the Secretary General paints the gloomy scenario of a world torn apart by the conflict in Ukraine and the climate crisis. 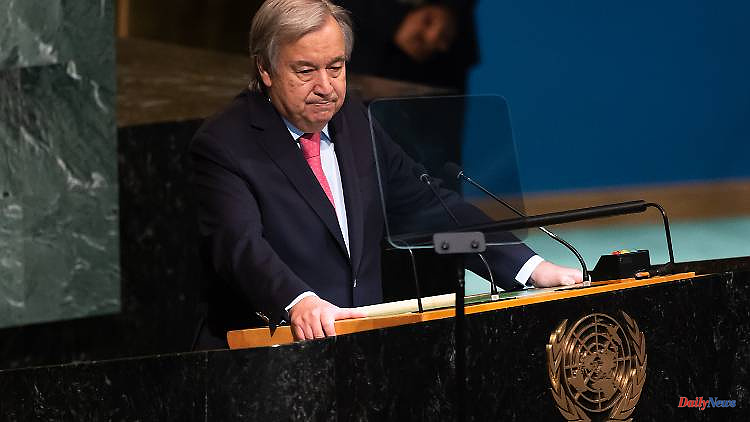 Humanity is not only decimating itself in military conflicts, but is also waging a "war against nature": At the start of the UN general debate, the Secretary General paints the gloomy scenario of a world torn apart by the conflict in Ukraine and the climate crisis.

At the start of the UN general debate, UN Secretary-General António Guterres warned of an intensification of international crises and a "winter of global resentment". "Our world is in great trouble," said Guterres at the UN General Assembly in New York, referring to wars and conflicts, the climate crisis and skyrocketing prices. The war in Ukraine is likely to be a central topic of the general debate lasting several days.

"A cost-of-living crisis is raging. Confidence is crumbling. Inequalities are exploding. Our planet is burning. People are suffering - and the most vulnerable are suffering the most," Guterres said in his opening address. Among other things, he addressed the Ukraine war and other armed conflicts, the food crisis and climate change.

"These crises threaten the future of humanity and the fate of our planet," said the UN Secretary-General. The international community has "a duty to act". "Yet we are crippled by a colossal global dysfunction." The great international challenges could not only be solved by a "coalition of the willing": "We need a world coalition."

In his speech, Guterres complained that the Ukraine war had "resulted in widespread destruction with massive violations of human rights and international humanitarian law." The latest reports about the discovery of hundreds of graves in the Ukrainian Izyum are "extremely disturbing". "The fighting has cost thousands of lives," Guterres said. "Millions of people are fleeing. Billions of people worldwide are affected."

Almost simultaneously with the start of the general debate, the pro-Russian authorities in the Ukrainian regions of Luhansk, Donetsk, Kherson and Zaporizhia announced referenda on Russia's annexation, which are due to start on Friday. A connection of the areas to Russia would mean a significant escalation in the Ukraine war. In 2014, Russia had already annexed the Ukrainian peninsula of Crimea. This was preceded by a referendum criticized by Kyiv and the West.

With regard to global warming, UN Secretary-General Guterres warned that there was "another battle that we must end: our suicidal war on nature". Mankind has an "appointment with the climate catastrophe". Specifically, Guterres called on industrialized countries to tax the profits of oil, coal and natural gas companies. The fossil fuel sector rakes in "hundreds of billions of dollars" in subsidies and profits "while household budgets shrink and our planet burns." The revenue from a tax on profits should benefit countries suffering "losses and damage" from the climate crisis and people struggling "with rising food and energy prices".

The speech by the UN Secretary-General marked the start of this year's general debate at the UN General Assembly in New York with numerous heads of state and government from all over the world. Speeches by France's Head of State Emmanuel Macron and Federal Chancellor Olaf Scholz, among others, are planned for Tuesday. Speakers on Wednesday include US President Joe Biden, Iranian leader Ebrahim Raisi and Ukrainian leader Volodymyr Zelenskyy. In view of the Russian war of aggression against his country, Zelensky is the only head of state who is allowed to give his speech at the UN general debate via video address.

Russia's head of state Vladimir Putin will also not be in New York and will not speak at the general debate. Instead, at an ambassador's reception in Moscow, he emphasized that Russia would stick to its "sovereign path." As a permanent member of the UN Security Council, his country will work "even more strongly" for a "unifying international agenda" and "contribute to resolving serious regional crises". Russia will also make that clear in the general debate, stressed Putin.

In his speech, Brazilian President Jair Bolsonaro called for a ceasefire in Ukraine. At the same time, he also criticized the economic sanctions imposed on Russia. "The effects of the conflict are already being felt in world prices for food, fuel and other commodities. All of these effects take us away from the Sustainable Development Goals," Bolsonaro said. For the right-wing head of state, it could have been the last speech at the United Nations for the time being. Ahead of the presidential election on October 2 in Brazil, Bolsonaro is well behind his challenger Luiz Inácio Lula da Silva in the polls. However, Bolsonaro has repeatedly cast doubt on the electoral system and has already announced that he may not recognize a defeat. 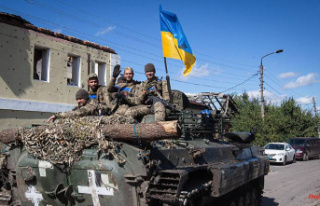