In an interview with ntv. 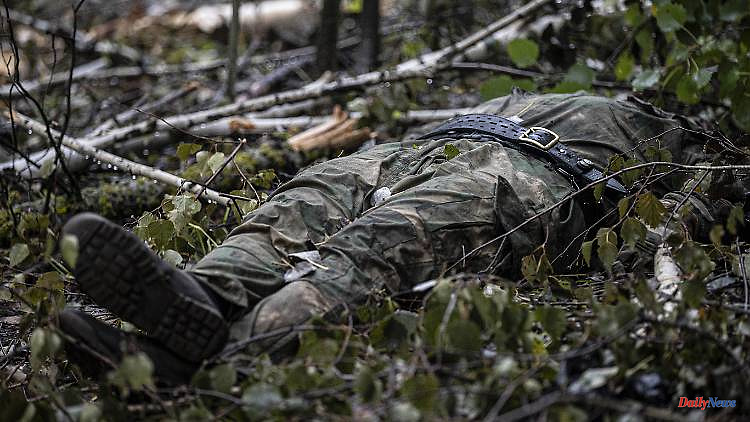 In an interview with ntv.de, military expert Gustav Gressel expresses serious doubts about the effectiveness of Russian mobilization: Russia can neither substantially increase its combat effectiveness in the short term, nor will the country be able to mobilize significantly more soldiers in the long term. Vladimir Putin's nuclear weapons threats are a "psychological game". Russia's president is acting from a position of weakness. "If Putin hadn't taken this step, the Russian army would probably have lost the war over the winter."

ntv.de: After weeks of severe military defeats in Ukraine, Russia has declared partial mobilization. What does this decision mean for the further course of the war?

Gustav Gressel: It is unclear in what structure the 300,000 conscripts are to move to the Ukraine. Should the reservists fill up the structures that are already in Ukraine? Then it's relatively quick. Or are these people called up, trained and used to set up new associations? That takes much longer and also has consequences for the future ability of the Russian army to grow. Only hull structures remain in Russia for training conscripts and newly mobilized soldiers. If these core structures were to be moved to the Ukraine together with the 300,000 reservists, this material would be missing for future training, for example in the case of total mobilization.

How quickly do the reservists get to the front if they are only supposed to replace the deployed soldiers in the field?

That takes at least a month. It always depends on who exactly the army calls up. Then she has to equip the men, probably also train them, and only then can they send the people to the Ukraine.

Does the Russian army even have enough material to equip so many additional men?

There is still equipment in Russia, but the army is constantly training with it. If the material also goes to Ukraine, future mobilizations will be jeopardized. A great deal of reserve equipment has already been sent to the Ukraine to supplement the front. There's not a lot of air in there. It would be different if the soldiers were sent to the Ukraine and had to fight there with the material of their predecessors. There is quite a lot of military hardware lying around there. New staff, old material: That would be the hardcore version of a rotation. However, Putin's Ukas already states that all temporary contracts will be extended indefinitely. A sign that none of the approximately 120,000 worn-out soldiers whose contracts are about to expire will be sent home.

After all, the Russian army could then operate with fresh forces, right?

Calling up 300,000 reservists, training them loosely and sending them directly to Ukraine isn't efficient. You can put them in battalions already fighting in the Ukraine, but not all 300,000 men. For the others, there is a lack of stable structures and sufficiently professional officers. This is not how Russia will develop a powerful military machine.

But the pure number sounds impressive to the layman.

300,000 troops is such a large number that it is enough to put Ukraine back on the defensive and freeze the front lines, but not enough to push them back. The Ukrainian army is about 700,000 strong. Of these, 400,000 men are always in the field. The rest rotates or is part of the support structure. So there is quite a bit of mass on the Ukrainian side. In addition, the Ukrainians have held their positions for a long time and have expanded them well. It's not easy for Russia to fight them back. In that sense, Putin is playing very high gambles.

The Russian reservists are now being conscripted for military service after the mobilization of volunteer fighters has apparently not brought sufficient results. What does that say about the motivation of the reservists?

News of the defeat in Kharkiv broke in the midst of efforts to recruit soldiers for the next rotation. Even from the prisons, 4,000 to 6,000 people were recruited. That was the ultimate desperation. The motivation of the now mobilized reservists cannot be rated as particularly high. The question of competent leadership weighs even more heavily. It is relatively easy to swap out basic soldiers. But since a relatively large number of contract soldiers, including officers, have already been sent to Ukraine, the question is: who will lead these newly trained people? Are there still enough officers who have the necessary professionalism to carry out their assignments? I have even more doubts about that than about the morale of the reservists.

Putin has again threatened to use Russia's nuclear arsenal. How do you classify these statements?

The wording of this threat is very ambivalent: It is nothing new that Putin is threatening nuclear weapons to force non-interference. According to Putin's understanding, this interference has long existed. The reference to territorial integrity is similarly ambiguous when it actually means annexed territory. In my view, Putin wants to make the West nervous. He tests what triggers the threat in the West. I really don't think Russia is going to use a nuclear weapon any time soon. For one simple reason: a single nuclear weapon would not decide anything militarily. The use of several battlefield nuclear weapons, in turn, would have devastating consequences for him and his own armed forces. I think it's more of a psychological game.

Have we seen a Russian President today acting from a position of weakness or one demonstrating strength?

That's weakness. Had Putin not taken this step, the Russian army would likely have lost the war over the winter. Now he has ensured that the Russian army at least stays at war, although the outcome of the war is still vague and much is possible. 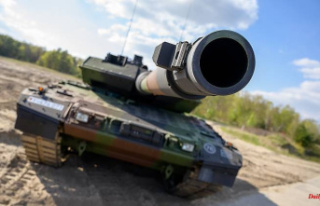 Traffic light tank dispute: It's all a matter...