Guessing the Lyman withdrawal: is Putin still listening to his advisers?

In Ukraine, not much is going according to plan for Kremlin boss Putin. 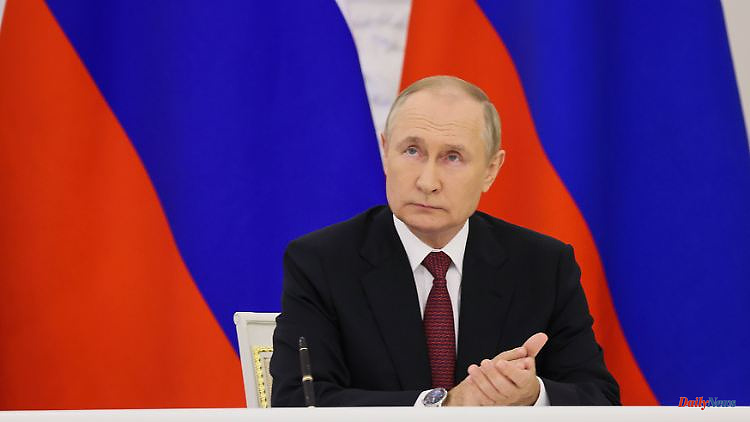 In Ukraine, not much is going according to plan for Kremlin boss Putin. Experts see indications that Russia's president could now have declared the war a top priority. Putin is said to have made at least two highly controversial decisions alone or even against the objections of advisers.

After the withdrawal of the Russian army from the strategically important city of Lyman in eastern Ukraine, incomprehension is growing among Russian milbloggers, experts and politicians in Moscow. In particular, the question of why the military leadership failed to reinforce the Russian troops in the city in good time is hotly debated. The US think tank Institute for the Study of War provides a possible explanation for this: According to this, the decision to give up Lyman could have been made by Russian President Vladimir Putin alone, because he considered strengthening the Russian positions in Cherson and Zaporizhia more important.

"The decision not to reinforce the vulnerable front lines of Kupyansk or Lyman was almost certainly Putin's decision, not that of the military command," write the ISW experts. The Kremlin chief deprioritized the "defense of the Luhansk region in favor of holding occupied areas in southern Ukraine." The Russian army had recently suffered heavy losses on the front line between Kharkiv and Izyum.

Under pressure from Ukrainian counter-offensives, Russia's Defense Ministry announced in mid-September, more than six months after the start of the war, that it was withdrawing its own troops from the Kharkiv region. The withdrawal was officially justified with a strategic "regrouping" of the units. The Izyum transport hub was also liberated by Ukrainian troops on September 10. According to the ISW, since then there have been reports that Putin himself gives orders to the local commanders - possibly in the belief that the military leadership is not competent enough.

It is fitting that the president fired his Deputy Defense Minister Dmitry Bulgakov ten days after the collapse of the Kharkiv-Izyum front. His successor is said to be Colonel-General Mikhail Mizintsev, who is responsible for the heavy attacks on the southern Ukrainian port of Mariupol in May and is therefore also known as the "Butcher of Mariupol". Even before the partial mobilization, this was taken as a sign that the Kremlin might be willing to escalate further.

As the "Washington Post" reports, citing Ukrainian and US sources, Putin also prevailed over the objections of his top security service, the FSB, in the controversial prisoner exchange between Russia and Ukraine at the end of September. He had warned the Kremlin boss about the public backlash for the action. In the exchange, only 55 Russians were released for 215 Ukrainians - including 108 soldiers from the Azov regiment.

Putin's confidante Viktor Medvedchuk, who was to be charged with high treason in Ukraine, was also allowed to leave the country. He is said to have been friends with Putin for decades. "The FSB was absolutely against it," the paper quoted a senior Ukrainian official as saying. "They recognized the implications of what the deal would look like to the public." And indeed, the exchange was also criticized by a prominent body. Chechen ruler Ramzam Kadyrov wrote on Telegram that he was "extremely unhappy about the news".

When tactical or military decisions have been made, they have always been discussed with "us, the people actively involved in the special military operation. But now...", Kadyrov said at the time. However, he also qualified that those at the top of the Ministry of Defense and the FSB see things much more clearly and the principle remains: "We follow all orders from the Commander-in-Chief".

1 Brewery founder in an interview: "We are also... 2 "Getting dirtier over time": Bitcoin mining... 3 'Pretty impressive!': Paul McCartney is... 4 Saxony-Anhalt: Long waiting lists for music lessons... 5 Bavaria: flood of cats and financial worries: animal... 6 Bavaria: man drives with drugs and arrest warrant... 7 Saxony-Anhalt: Zeitz is expanding the Sugar Festival... 8 Hesse: Significant damage in the event of a fire in... 9 Saxony-Anhalt: Harz narrow-gauge railways suffer from... 10 Thuringia: Man does not want to wear a mask and throws... 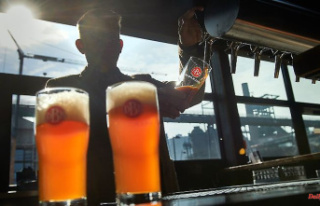 Brewery founder in an interview: "We are also...