Imperialism and victimism: Putin has turned Russia into a terrorist state

Putin is reacting to the recent defeats of his invading army with partial mobilization and a renewed spate of lies. 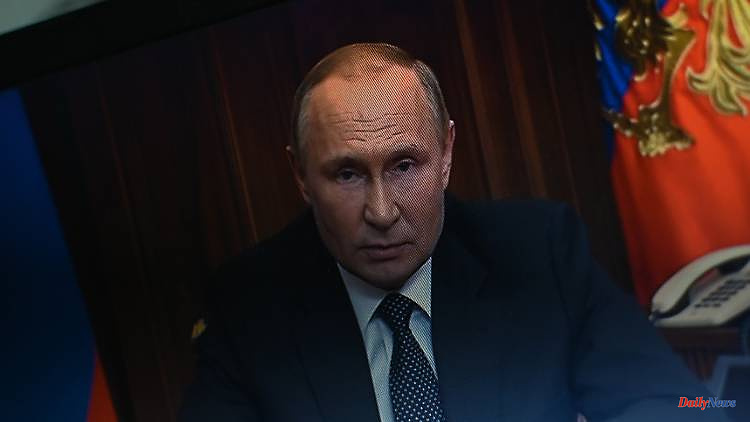 Putin is reacting to the recent defeats of his invading army with partial mobilization and a renewed spate of lies. He accuses the West of wanting to destroy Russia. This is wrong: Russia is destroying itself.

Putin hasn't performed in front of hundreds of claqueurs in a multi-purpose hall, nor has he declared "total war," not yet. But what he announced sitting behind his desk testifies to the same madness as Goebbels' Sportpalast speech of 1943.

Once again, Putin spread his crude world view of insane conspiracy theories, sheer imperialism and mendacious victim behavior. In his account, Russia is at war because it is defending itself - except that he still hasn't spoken of "war". "It is in our historical tradition, in the destiny of our people, to stop those who seek world domination, who threaten to dismember and enslave our motherland, our homeland."

At the same time, Putin openly threatened the West with nuclear strikes, but linked this to the claim that the West wanted to attack Russia with nuclear weapons: "If the territorial integrity of our country is threatened, we will absolutely use all available means to protect Russia and our people ."

Whether Putin believes his own talk about the "special operation to liberate Donbass" is completely irrelevant. It is obvious, however, that these are all lies. He speaks of the "Kiev occupation regime" as if Ukraine had started the war. In all seriousness, he claims that the Russian army is liberating towns and villages from neo-Nazis and "helping people whom the Kiev regime has turned into hostages and human shields."

Everyone knows what is really happening in Ukraine. Russia is waging a war of aggression and annihilation there, the aim of which is to destroy everything that is Ukrainian: state and society, language and culture. Therefore this war must be called genocidal. By invading Ukraine and the way it waged war, Russia has made itself a terrorist state.

Putin cannot resolve the contradiction that the Russian troops in Ukraine are proceeding "planned and competently" but that partial mobilization is still necessary. He doesn't have to either - years of propaganda mean that facts hardly have any meaning in public communication in Russia. Like a toddler, Putin accuses Ukraine of doing what Russia is actually doing: "They attack hospitals and schools and carry out terrorist attacks against civilians."

Putin's partial mobilization is a reaction, not just to military failures, but to the looming futility of his invasion. This is only partly good news. The probability that Putin would see his mistake and end the war was never great. Today it has shrunk even further. Putin claims that the West's goal is to weaken, to destroy, Russia. That too is a lie - Russia is about to destroy itself. The West has the choice of sacrificing Ukraine to a terrorist state or continuing to support it. The decision was correct in February and remains so.

1 Violation of sanctions: Police stormed Tegernsee villa... 2 Tanks for Ukraine: "Putin underestimates the... 3 Ambulance comes on the pitch: serious head injury... 4 Two handball players quit: BVB fires coach Fuhr after... 5 "Must have found evidence": figure skater... 6 "Ekat" had "weak knees": "Let's... 7 Tears in the "Summer House of the Stars":... 8 Even before the coronation: Charles III. faces great... 9 He was surprised himself: Jauch has something to do... 10 Ugh, spider!: Uninvited guest climbs onto the Queen's... 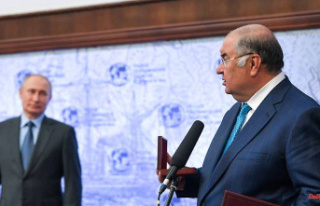