Interview with Gustav Gressel: "It will be problematic for Russia in late summer"

Russia is currently gaining ground in the Donbass, but military expert Gustav Gressel sees problems for the Russian troops in the medium term. 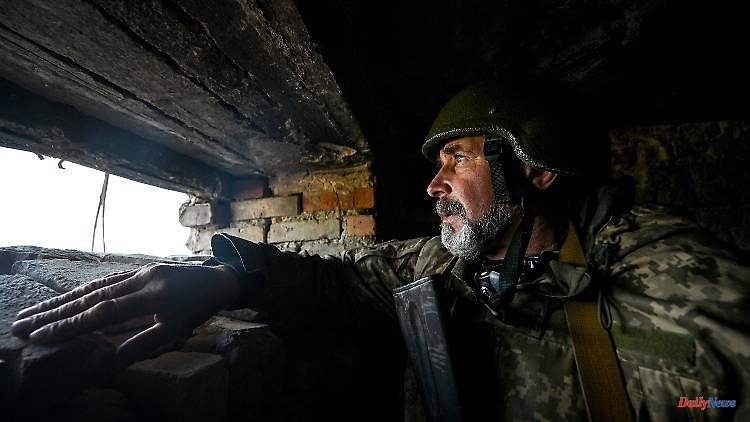 Russia is currently gaining ground in the Donbass, but military expert Gustav Gressel sees problems for the Russian troops in the medium term. While the shortage of personnel on the Russian side becomes more noticeable the longer the war lasts, Ukraine could move significant forces to the Donbass by late summer at the latest. "Then it will be problematic for Russia." Especially since the contracts for a number of Russian soldiers will expire in the fall.

ntv.de: Has anything happened during the war that surprised you?

Gustav Gressel: The war has meanwhile become somewhat more dynamic. The Russians have consolidated the breakthrough at Popasna, for example. So far, the Russian army has always been able to hold its breakthroughs only about two days, then the Ukrainians have turned their reserves into combat. Now there are Russian gains on several fronts.

Ukraine had to release forces from other areas to deploy them towards Popasna. Basically, it's about Sievjerodonesk and Lysychansk, two neighboring cities on the river Siverskyi Donets in the Luhansk Oblast, each with 100,000 inhabitants. Both cities are still under Ukrainian control. Because the Russians do not have enough infantry for urban combat, they bypass such cities. Further north they tried to cross the Siwerskyi Donets, which didn't work. In the south, near Popasna, they then succeeded in breaking into the Ukrainian positions. Now they are trying to conquer the area from the south. The terrain there is a little cheaper for them.

Where does Ukraine get the troops for Popasna from?

They come from front sections that are further south, from the area around Marjinka and the village of Nju Jork north of the city of Donetsk. There has been heavy fighting there for some time. With the Ukrainians concentrating their forces further north, the Russians may gain ground here.

Just over a month ago you wrote that Russia had switched to a war of attrition. Is that what's happening?

Yes, and that's why I'm always skeptical when it's said that the Russians are trying to conduct major operations. The Russian troops have so far refrained from rapid penetration in eastern Ukraine for good reasons. Instead, they shot forward using the heavy artillery. You can now see that at Popasna. There they did not try to break through quickly to the north and immediately encircle Sievjerodonesk, but to advance village by village and consolidate the ground they had gained. This makes the advance very slow, but you can keep your own losses within limits.

And does that work?

Things are not going so smoothly for Russia. The attrition rate has hardly improved, although the disastrous river crossings over the Siverskyi Donets have tipped it again to Russia's disadvantage. In the normal field battle, Russia is now a bit more gentle on the road than it was in the spring. By not operating as deeply, the Russian troops and giving the Ukrainian resistance fewer open flanks, the support troops are spared. As a result, Ukraine has fewer opportunities to attack via ambushes and partisan operations. Nevertheless, Russia is lagging behind its own expectations.

Does that mean the war will last even longer?

The war will definitely last longer. Russia has not even achieved its immediate political goals, fully capturing Donetsk and Luhansk oblasts and Zaporizhia. Donetsk and Luhansk could do it by the end of the summer, but Zaporizhia would definitely go into late autumn. Then the question will arise as to whether, at a time when the Russians are likely to have exhausted their offensive power, Ukraine will agree to a ceasefire along the lines of the Minsk Agreement, which would, in a sense, turn the entire country into a gigantic Donbass. I think they will then be more likely to try to recapture Cherson and gain territory around Kharkiv.

Why should the Russian army be weary by late autumn if it is now advancing, albeit slowly?

The problem of the Russian troops is the heavy losses from the initial phase of the war. The best elite formations, paratroopers and marines, are extremely worn out, and shortages are also spreading among the motorized infantry troops. That is why they do not take towns, but bypass them because they no longer have the necessary mechanized infantry to do so. The lack of personnel in the Russian troops becomes more noticeable the longer the war lasts. The willingness of the Russians to volunteer for this war is low - volunteers do not come to the extent that the troops are suffering losses. In February the Russians started this war with about 150,000 to 190,000 men. I would estimate that number has dropped to about 120,000 men because of casualties, because of wounded, because of contracts that have expired and not been renewed.

Is there a staff shortage due to expired contracts?

Normally, these contracts are automatically renewed in a military operation. But a number of soldiers have mutinied: they have resisted having to go to Ukraine again.

What happens in such cases?

In most cases, the soldiers were simply sent home. Apparently, from the point of view of the Russian army, it makes more sense to release people than to risk sabotage at the front. But there are also special courts that try people now. Anyone who defies a military order in Russia is taking a great risk. The fact that it still happens shows that the mood in the Russian army is not the best. A whole series of contracts will expire again in the autumn, which could cause considerable difficulties.

What about the Ukrainian side?

The mobilization was triggered in February and soldiers have been trained ever since. It will take a few months before they can be used in the field and integrated into the associations. But over the summer, probably in late summer, it can be expected that the Ukrainians will be able to catch up numerically with the Russians and move significant forces to the Donbass. Then it becomes problematic for Russia.

Why does Russia need so many ground troops for its offensive in Donbass? Isn't it enough to simply shell and destroy smaller towns like Popasna from a distance?

Basically, that's what Russia is doing. Rubishne is completely destroyed, and Izyum is also almost destroyed. The larger towns that Russia has taken have practically disappeared from the map. The problem from a Russian point of view is that ruins are also good covers. The defending infantry build out the basements and reinforce the basement ceilings with support beams so they don't collapse if the house above collapses. The layer of rubble on the basement ceiling then forms a kind of natural bunker: if a bomb is thrown on it, the energy of the explosion dissipates in the rubble. You have to use heavy bunker busting bombs to take out such a shelter. That is why even a ruined city can only be conquered with great losses. You know that from the Second World War: At the height of the battle, Stalingrad was also just a city in ruins. Large cities in particular, such as Sievjerodonesk and Lysychansk, are easy to defend.

Do you expect Russia to try to capture Odessa and the coastline west of Crimea?

The Institute for the Study of War wrote that this is to be expected and that the Russians are preparing for it. I don't know on what intelligence basis the ISW comes to this conclusion. Russia has formulated this as a political goal, but it would only work if the Russian Donbass offensive was completed and Russia could withdraw forces from there to use them against Odessa. The terrain up to Mykolayiv is comparatively favorable for an attack because it is flat. But across the Lower Bug, on which Mykolaiv is located, there is only one bridge, which is in the city itself. The nearest bridge is a railway link 100 kilometers further north. And with a pontoon bridge, the bow isn't that easy to cross, it's too wide for that. In this respect, the river forms a strong line of defense in front of Odessa.

Selenskyj and the Ukrainian government recently sounded optimistic that they could drive the Russians out of Donbass and even Crimea. Is that rhetoric or a realistic option?

There was some optimism in Ukraine after the Ukrainian counter-offensive in the Kharkiv region, but Zelensky himself has just dampened that euphoria, recalling that 50-100 Ukrainians are killed every day. But still: the Russian army is getting weaker, the Ukrainian army is getting stronger. If Putin doesn't call for a general mobilization for domestic reasons, we'll have the situation I mentioned in the fall, in which the Ukrainians are at least numerically superior to the Russians. Two points will then be crucial: will the Ukrainians have sufficient mechanized infantry to carry out offensives themselves? And what condition will the Russian troops be in then? The latter depends on how much they wear down from their current offensives.

Militarily, Ukraine has been able to maintain the so-called contact line in Donbass since 2015 because the area is easily defendable. Conversely, this also applies to Russian troops if Ukraine were to launch an offensive deep into the Donbass. The same applies to Crimea. There are only two connections between the peninsula and the mainland. The Ukrainians don't have a navy and they don't have a landing force, they would have to cross these two land routes. Even a weakened Russian army would still have enough strength to defend these connections well. Retrieving Crimea would be extremely bloody for Ukraine.

1 Photographed with a filled glass: new party photos... 2 "Hormonally out of action": Frankfurt SPD... 3 Buch also criticizes CDU policy: Röttgen: Putin was... 4 "Putin then in the sanatorium": ex-MI6 chief... 5 "I've never been so ashamed": Russian... 6 The end of September should be over: Lagarde heralds... 7 USA runs out of powdered milk: US military imports... 8 HSV remains second-class: Hertha turns relegation... 9 Petkovic continues "smart" in Paris: Kerber... 10 "Are not perfect, but...": Qatar feels discriminated... 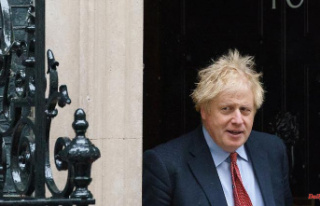