"Are not perfect, but...": Qatar feels discriminated against as host of the World Cup

Exploitation of workers and oppression of homosexuals are just two of the long list of allegations against Qatar. 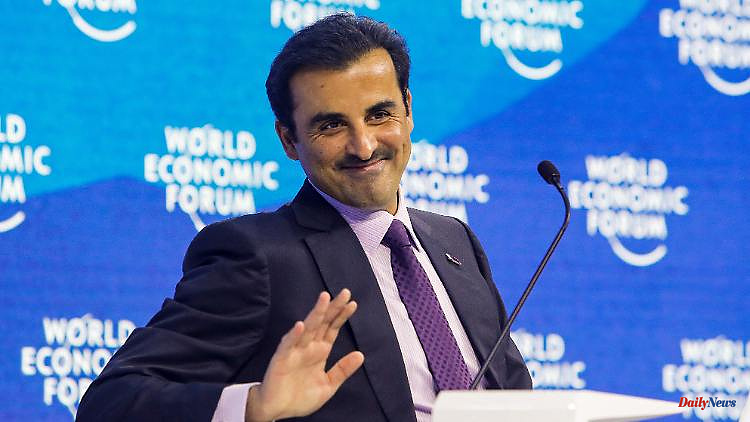 Exploitation of workers and oppression of homosexuals are just two of the long list of allegations against Qatar. The emirate wants to improve its image with the 2022 World Cup - and is attacking critics at the World Economic Forum.

Less than six months before the start of the World Cup in Qatar (November 21 to December 18), the Emir of the controversial host country described criticism of the Gulf state as an unprecedented hate campaign. "There are still people who cannot accept the idea that an Arab-Muslim country is hosting a tournament like the World Cup," said Tamim bin Hamad Al-Thani at the World Economic Forum in Davos: "That's why people have attacks in one started at an unprecedented pace."

Qatar's head of state therefore went on the offensive in the posh Swiss town in front of a high-ranking audience. "For decades our region has suffered from such discrimination. I have noticed that this discrimination is largely based on the fact that the people and our critics do not know us at all and also refuse to get to know us," said Al-Thani.

His country, which has been pilloried by human rights organizations for many years, particularly because of the exploitation of foreign workers and discrimination against homosexuals, is like any other state: "We're not perfect, but we're constantly trying to get better and we're full of hope to a bright future."

The emir even described Qatar - contrary to the perception of the desert state in large parts of the world - as cosmopolitan and eager for reform. "We are," said the Qatari head of state, "very proud of the developments, reforms and progress that we have made. But we are also very grateful for the public limelight that the World Cup has brought us and that inspired us to make such a shift at the speed of light."

Qatar has been criticized for its inadequate human rights policy since it was awarded the World Cup almost twelve years ago. Just last week, Amnesty International, together with international trade unions and fan organizations from Qatar and the world football association FIFA, called for a $440 million program to compensate disenfranchised migrant workers. Several World Cup participants, such as the German national team, drew attention to the problematic situation in Qatar in the course of the World Cup qualifiers with public appeals for the observance of human rights.

1 In the showdown against Switzerland: Germany beckons... 2 F1 driver is looking for the perpetrator himself:... 3 Feldmann "no longer welcome": Eintracht... 4 Flares, Bengalos, Zlatan: After the Scudetto, AC Milan... 5 Deadly shot at fair: Police arrest suspects in Lüdenscheid 6 Boy suffocated in a sack: judgment on Hanau cult murder... 7 Without a mask at the state funeral: Kim challenges... 8 Reduce negative energy: These tricks help against... 9 Lower security level: Boris Becker transferred to... 10 Compensation Judgment: Money Back for Losses in Online... 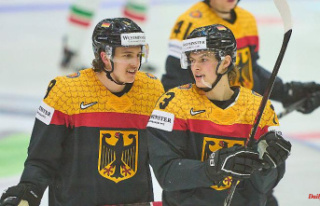 In the showdown against Switzerland: Germany beckons...