100 years after the founding of the Lenin Pioneers, Russia decides to create a new youth movement. 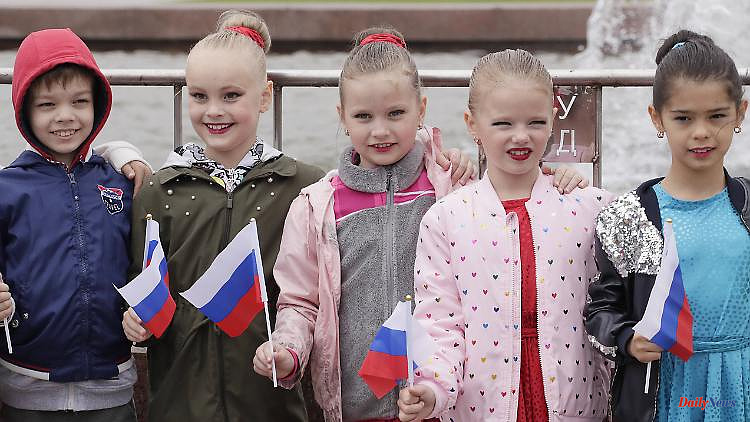 100 years after the founding of the Lenin Pioneers, Russia decides to create a new youth movement. She is supposed to "teach love and respect for the fatherland" to children from the age of six. The state-funded organization is said to be headed by Kremlin chief Putin.

The State Duma in Russia has passed a law establishing a patriotic youth movement. The members of the Russian lower house in Moscow voted in favor of the law in the third and final reading. President Vladimir Putin is to be offered the leadership of the organization's supervisory board. The Kremlin chief had supported the idea of ​​such a movement in April at a meeting with school children.

The organization will take children from the age of six and will be funded by the state. Their task should be to prepare children and young people for life in Russian society. It is said to be based on the "vision of the world based on traditional Russian spiritual and moral values". It is also intended to "teach the children and young people love and respect for their fatherland". Participation in the movement should be voluntary.

The law establishing the movement was introduced to Parliament on May 19. The date is symbolic. May 19, 1922 is considered the founding day of the Soviet pioneers, who were called Lenin pioneers after the death of the Soviet founder Vladimir Ilyich Lenin in 1924.

In the 1970s, the organization united more than 25 million children and youth and controlled thousands of summer camps. A stay in the pioneer camps of Artek in the Crimea or Orlyonok on the Black Sea coast of the Krasnodar Territory was considered a special distinction. As a state organization, the Pioneers were dissolved after the end of the Soviet Union. They were even banned for a short time. Later there were new foundations, but they did not reach the previous extent by far.

Since coming to power in Russia in 2000, Putin has put patriotism at the heart of his politics. Since the start of the Russian offensive in Ukraine on February 24, the patriotic rhetoric of the Russian authorities has intensified. In Russia there is already the "Junarmiya" ("Youth Army") created by Defense Minister Sergei Shoigu, which takes care of early military education.

1 Entry into the Wimbledon semi-finals: Nadal is tormented... 2 In Russian custody for months: Biden wants to bring... 3 Cam Newton will likely be fired by the Panthers, or... 4 1.25 million people watch the USFL Championship game 5 How to Find the Best Vacuum Deals on Amazon Prime... 6 The democratic world can achieve energy independence... 7 Haute-Savoie. A fawn killed by a stray dog in Saint-Martin-Bellevue 8 Loir et Cher. After a fatal argument about a "sum... 9 Inquest into the death of a trainee pilot from Suffolk... 10 Honorary degrees awarded to Thai cave rescue divers... 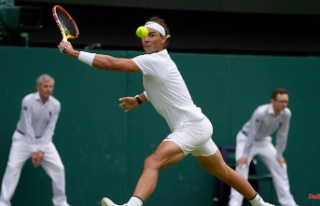 Entry into the Wimbledon semi-finals: Nadal is tormented...