Second time since the beginning of the war: Baerbock arrived unexpectedly in Ukraine

Foreign Minister Baerbock is once again traveling to war-torn Ukraine in the special train. 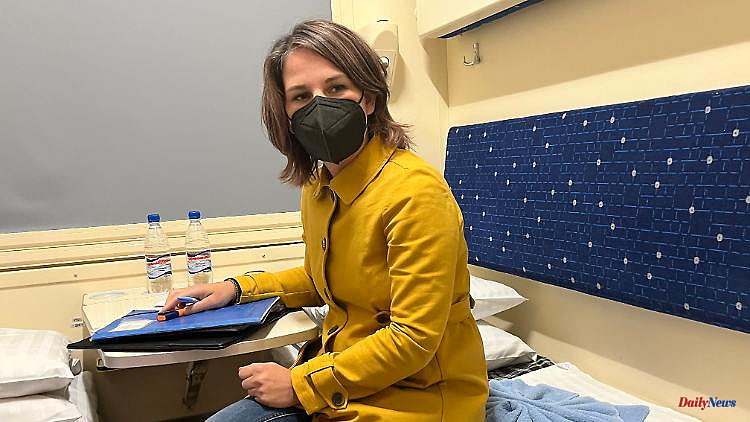 Foreign Minister Baerbock is once again traveling to war-torn Ukraine in the special train. The Green politician has a promise in her luggage: the Ukrainians can rely on the Germans. The minister offers help on two specific issues.

Foreign Minister Annalena Baerbock has arrived in Kyiv for her second visit to Ukraine since the beginning of the war. With the trip, she wanted to show "that we will continue to support Ukraine as long as it is necessary - with the delivery of weapons, with humanitarian and financial support," she said on her arrival in the morning.

With the visit, the Greens politician also wants to send a signal against the threat of war fatigue in Germany. "It's clear to me that Putin is counting on us getting tired of taking part in Ukraine's suffering," she said. "He believes he can divide our societies with lies and blackmail us with supplies of energy. And that he can rob us of the energy to defend ourselves against this brutal attack on the values ​​of all of us." This calculation by Putin should not and will not work out. "Because the whole of Europe knows that Ukraine is defending our peace order."

The Greens politician traveled at night with a special train and a small delegation from Poland to Kyiv. The airspace over Ukraine has been closed since the beginning of the war. In Kyiv, Baerbock wants to hold talks with Foreign Minister Dmytro Kuleba, among others. The rest of the program was initially kept secret for security reasons.

On arrival, Baerbock recalled that the Ukrainians had been fighting the Russian attackers for more than six months. In this terrible time between hope and fear, the people in Ukraine also trusted in Germany's help. "I traveled to Kyiv today to show that they can continue to count on us."

Baerbock named two specific topics that are important to her during the visit: German help in clearing mines and support in dealing with war crimes that have been committed. Visiting a minefield in Velyka Dymerka near Kyiv, she said that in addition to supplying weapons, demining is important to making life safer for people in areas temporarily occupied by the Russian army. Baerbock did not want to say whether she would agree to other weapons during her visit. She will report on this later in the day after her meeting with Foreign Minister Dmytro Kuleba.

Baerbock accused the Russian army of "infesting the suburbs of Kiev with mines" and using targeted anti-personnel mines to kill civilians. She was told that after the Russian troops withdrew from the Kyiv area, "mines were found even in children's toys in private apartments, which obviously had no other purpose than killing innocent people, even children."

In Welyka Dymerka, Germany is supporting a civilian project to clear mines. The federal government has provided a total of six million euros for the disposal of explosive ordnance by the non-governmental organization HALO. According to the Federal Foreign Office, the increase by a further million is planned by the end of the year. Defense Minister Christine Lambrecht also announced this week that Ukrainian soldiers would be trained for demining in Germany.

The federal government has already delivered or promised Ukraine weapons worth 734 million euros, including some heavy weapons: ten heavy artillery pieces of the Panzerhaubitze 2000 type, 15 anti-aircraft tanks, three multiple rocket launchers and three armored recovery vehicles. The delivery of four IRIS-T air defense systems is also planned. However, at an international conference at the Ramstein Air Force Base in Rhineland-Palatinate on Thursday, Defense Minister Lambrecht refrained from further commitments for heavy weapons.

In mid-May, Baerbock was the first German government member to travel to Kyiv since the beginning of the war. At that time, she reopened the German embassy and met President Volodymyr Zelenskyy and Kuleba. She also visited the partially destroyed suburbs of Bucha and Irpin. 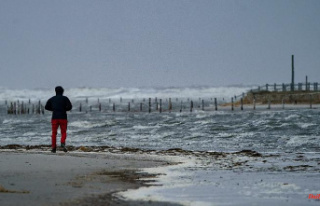