Belgrade wants to join the EU and has so far evaded all sanctions imposed by the international community against Moscow. 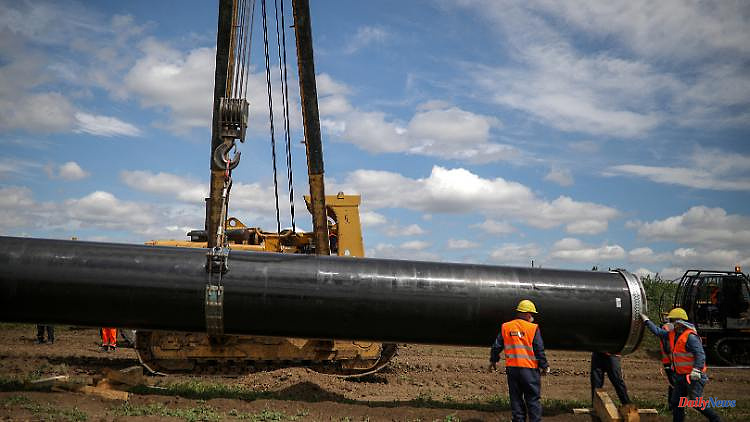 Belgrade wants to join the EU and has so far evaded all sanctions imposed by the international community against Moscow. In a phone call with Kremlin boss Putin, President Vicic extends the gas supply contract on unprecedentedly favorable terms. At the same time, he complains that "sovereign politics" will soon be over due to pressure from the West.

Serbia will continue to receive natural gas from Russia at a favorable rate. This was agreed by President Aleksandar Vucic and his Russian colleague Vladimir Putin in a telephone call. According to the Kremlin, deliveries should continue. Vucic also explained that it was agreed that the new contract should run for three years and not a few months as before.

Serbia is highly dependent on Russian gas supplies. The Russian-Serbian supply contract, which has been in force since the beginning of December 2021 and has so far granted Serbia the second lowest gas price in Europe after Belarus, expires on Tuesday. The price will also be "extremely cheap" in the new contract, Vucic said, according to the Serbian media. In a few days there will be a new contract with the Russian company Gazprom.

Vucic is the most pro-Putin leader in the Western Balkans. But he is stuck in a dichotomy between Russia and the West. Although Serbia is negotiating EU membership, the government refuses to join the EU sanctions against Russia. Serbia just voted for a UN resolution condemning Russia's attack on Ukraine - but not providing for sanctions. In the past few weeks, pressure from the US and the EU on Serbia to change its policy towards Russia has increased.

Regarding Western pressure, Vucic said it was "not easy to say how long Serbia will be able to pursue independent, sovereign politics." In conversations with Putin, he also communicated Serbia's desire for an early end to the war in Ukraine.

1 Discussion with Finns and Swedes: Erdogan will not... 2 "Didn't he do so well": Kroos and ZDF... 3 Hesse: motorcyclist dies in a collision: motorists... 4 North Rhine-Westphalia: Green Party leader for coalition... 5 North Rhine-Westphalia: Drivers turn due to traffic... 6 Baden-Württemberg: man steals car: chase with the... 7 Bavaria: 13-year-old throws stones at emergency vehicles 8 The weather week in a quick check: Summer is starting... 9 Saxony: Experts warn of the negative consequences... 10 18 KRAB systems for Kyiv: Report: Poland supplies... 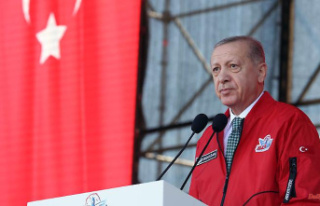 Discussion with Finns and Swedes: Erdogan will not...