Traditional costumes welcome world guests: The reception of the heads of state and government at the G7 summit caused ridicule on the Internet. 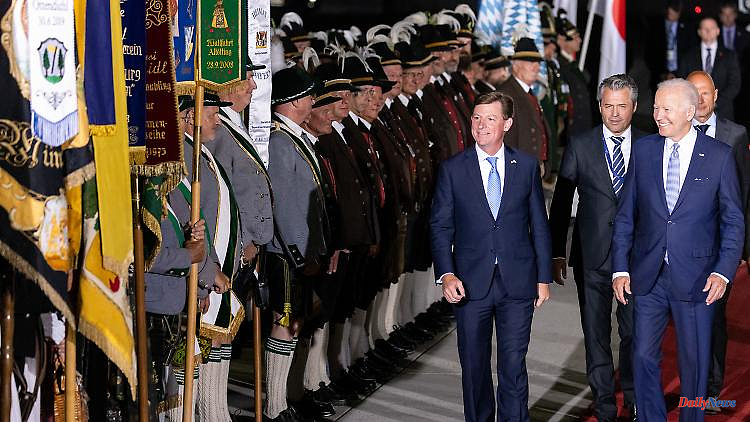 Traditional costumes welcome world guests: The reception of the heads of state and government at the G7 summit caused ridicule on the Internet. But Bavaria's Prime Minister defends this with the lifestyle in the state. And he gives the guests something typically Bavarian to take home with them.

Twitter users weren't concerned with the war in Ukraine or the impending famine on Sunday at the start of the G7 summit in Elmau, Bavaria. No, there were mainly photos from the reception of the invited heads of state and government, who were welcomed by Bavarian Prime Minister Markus Söder on Sunday. Also present: Bavarian costume clubs, musicians and mountain riflemen, who welcomed guests from all over the world.

The images caused scorn and ridicule on Twitter. A number of commentators felt compelled to emphasize that the presidents and prime ministers were seeing a very special image of Germany that in no way represented the rest of the country.

"What kind of society is this supposed to represent?" groaned Green politician Jan Philipp Albrecht. "These people are Bavarians. Germans don't dress like that," wrote another user. The British columnist Ian Bremmer, on the other hand, took it with humor: "For me, Germans never dress like that when I come to visit," he tweeted.

Söder, who had welcomed US President Joe Biden and French head of state Emmanuel Macron in traditional jackets and light-colored trousers, defended the elevator: "It's simply part of Bavaria: modernity, but also customs," said the CSU boss in Munich. "It's part of our lifestyle." Even if the elevator didn't appeal to one or the other, "all the guests who were there really liked it," said the Prime Minister.

"When you come to Bavaria, that's just part of it," added Söder. Bavaria is "a bit different than elsewhere. That's why people like to come to us." The father of the country expressly thanked the traditional costumers, mountain riflemen and bands who were part of the welcoming committee. "If you don't like it, just click on something else," recommended Söder.

But the reception is not enough. Söder also wants to give the high-ranking guests something from Bavaria to take home with them. "Bayern backpacks like this go on a world tour," it said on Monday on his Twitter account. There was also a photo of an old-fashioned hunter's backpack with a gingerbread heart with the words "Greetings from Bavaria" attached to the front. 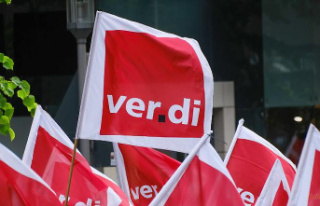 In the fight against inflation: trade unions do not...